While all eyes have been on the U.S. presidential campaign, such foreign-policy hot spots as Syria, Iran and Pakistan, and the increasingly frosty relations between the United States and China, a simmering problem in the Balkans threatens to come to a boil. The most serious clashes to date involving angry Serb inhabitants of the northern portion of Kosovo and international Kosovo Force (KFOR) peacekeeping personnel erupted on November 28. Thirty German and Austrian soldiers were injured, some by small-arms fire and Molotov cocktails, when KFOR troops tried to remove roadblocks that Serb residents had erected. Those barricades have been the most prominent component of the ongoing campaign that Serbs, who want to remain under Belgrade’s jurisdiction, have waged against the secessionist government of Kosovo, based in Pristina. 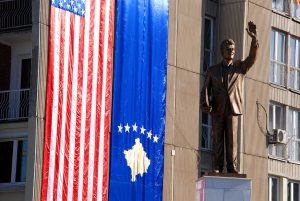 NATO and European Union leaders responded to the episode in their usual obtuse fashion. NATO commanders warned that they will use lethal force if necessary to protect alliance troops in any future clash. German Chancellor Angela Merkel renewed her campaign of blackmail against Belgrade, telling the government of President Boris Tadic that the violence showed that Serbia was not yet ready for inclusion in the EU. Aside from Merkel’s dubious assumption that Belgrade has decisive control over Serbs in northern Kosovo, her bias threatens to make a tense situation in the Balkans even more so. Her opposition to Belgrade’s ambitions to join the EU is not an academic matter, since Serbia’s bid for candidate status was set to be discussed when the bloc’s leaders meet on December 9. A collapse of that bid risks discrediting democratic forces in Serbia and reviving the currently weakened ultranationalist opposition.

“The path of Serbia into the EU,” Merkel warned, “can only lead through the normalization of its relations with Kosovo.” In other words, Belgrade must recognize Kosovo’s independence, which occurred following NATO’s amputation of the province from Serbia. What is striking about that demand is that five current EU governments refuse to recognize Kosovo’s independence. Moreover, Merkel and her allies are demanding of Serbia a type of political concession that has never been required of any other current or prospective EU member. Worse, the EU demand includes recognition of Kosovo’s territory with no boundary adjustments whatsoever, thereby condemning the disgruntled Serb minority in northern Kosovo to perpetual discrimination—or perhaps ethnic cleansing. Those inhabitants are not likely to tamely accept such a dismal future.

The EU’s rigid position would be unwise even if there were no danger of an explosion of violence in northern Kosovo, or if the EU powers would be entirely responsible for handling any crisis that did erupt. But neither condition is true. The level of violence on November 28 was significantly greater than previous incidents. And this time it was directed not at would-be security forces or bureaucrats from the Pristina government but at KFOR personnel. That is a worrisome escalation of an already tense situation.

And it is a danger that Washington needs to recognize before it’s too late. The United States still has troops in Kosovo as part of the seemingly endless peacekeeping mission, and they would be at risk if the Kosovo powder keg explodes. Such an eruption is now more than a remote possibility. The Obama administration should withdraw all U.S. military personnel from Kosovo immediately. It would be bad enough if the EU’s myopic, clumsy policies lead to a new crisis involving Kosovo, but it would be an inexcusable tragedy if President Obama allows American troops to be injured or killed in the process.

About the author: Ted Galen Carpenter, senior fellow for defense and foreign policy studies at the Cato Institute 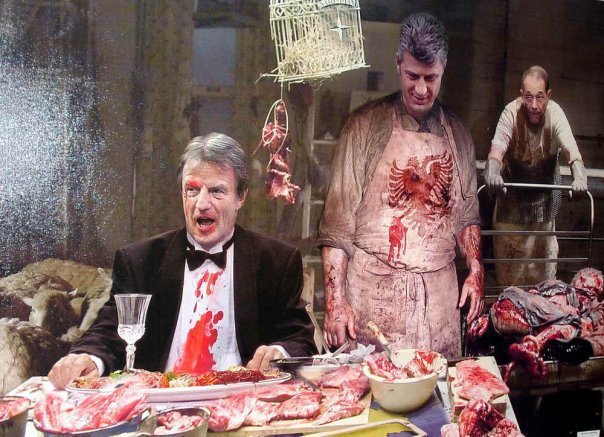