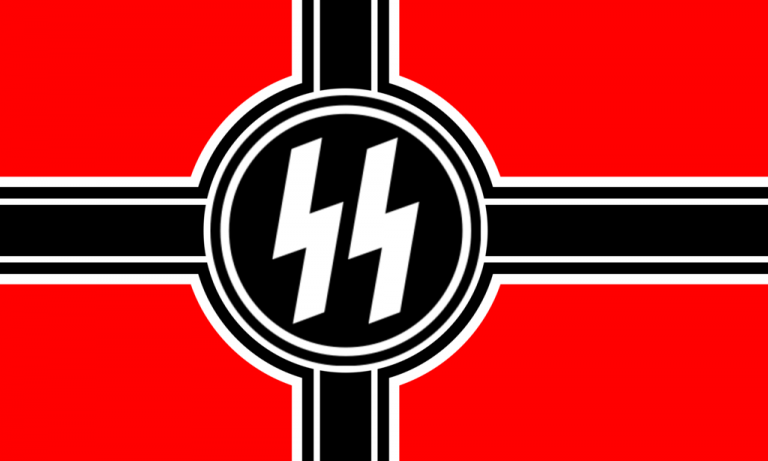 Martti Ahtisaari, the Finnish chairman of the International Crisis Group (ICG), the globalist New World Order “think tank”, set off a storm of controversy by his racist statement that Serbia was “guilty as a nation” and bore “historical responsibility” for the Kosovo crisis. How is preventing the creation of a genocidal and racist Greater Albania associated with “guilt”? Why should Serbia bear responsibility for combating a racist and genocidal separatist and secessionist movement endorsed by Ahtisaari? Ahtisaari’s comments are not only racist and bigoted, but they cover up his own nation’s “historical responsibility” for the Holocaust.

Ahtisaari, whose real name is Adolfsen, was born in Viipuri, now Vyborg, Russia. His family originally came from 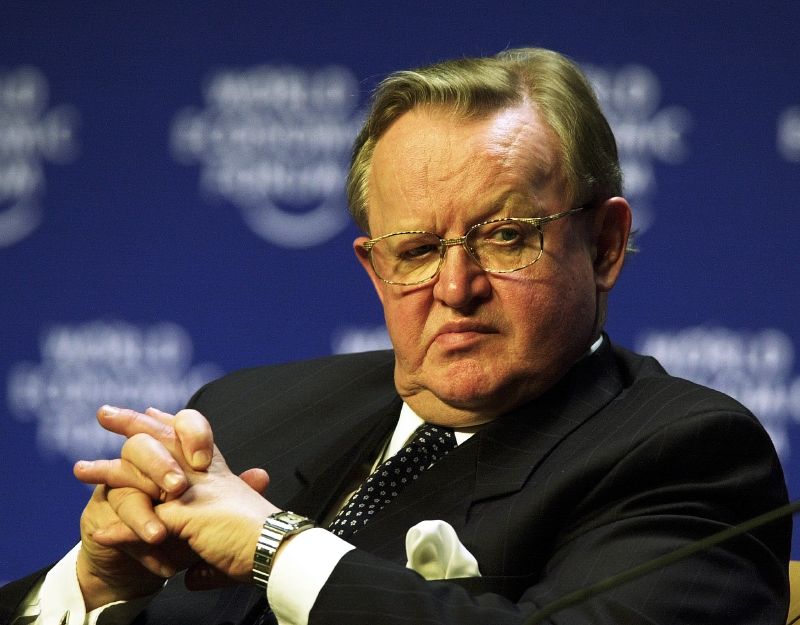 southern Norway. The family name was officially changed in 1935 to the more Finnish sounding “Ahtisaari”. What he is hiding is Finland’s Nazi past and role in the Holocaust, the extermination of European Jewry. Finland was one of the closest allies of Adolf Hitler’s Nazi Germany. Finns, regarded as part of the Nazi “master race”, were integral members of the Nazi “Wiking” 5th Waffen SS Division and made up their own Volunteer SS formation, the Finnish Nazi Waffen SS Battalion “Nordost” which was attached to the Waffen SS Regiment “Nordland”. Ahtisaari’s father was a “military mechanic” in the Nazi Finnish troops that attacked the USSR in 1941. The number of Finnish volunteers sent to Germany in 1941 was over 1,200, 400 of whom were placed in the Nazi 5th SS Division “Wiking” and then sent to the Eastern front. Reichsfuehrer SS Heinrich Himmler wrote that “where a Finnish SS man stood, the enemy was always defeated”. Adolf Hitler made a personal visit to Carl Mannerheim, the Nazi commander of Finland’s armed forces, a close ally of Nazi Germany, and later president of Finland. Hitler also met with Finnish President Risto Ryti. Heinrich Himmler went to Finland in 1942 to request of deportation of Finnish Jews.

Ahtisaari covers up any mention of the Finnisches Freiwilligen Battalion der Waffen-SS “Nordost”, or any mention of Finnish Nazi SS troops in the Wiking Nazi SS Division. Gottlob Berger, the head of Waffen SS recruiting, in referring to the Finnish Nazi SS troops, said that “I have never had a better battalion”. Finnish units were part of the 1941 Nazi assault on the Soviet Union known as Operation Barbarossa and annexed Russian territory, East Karelia, to a Nazi Greater Finland. East Karelia was a Slavic or Russian majority area that was annexed to a Nazi Greater Finland. How many Russians, Jews, and Serbs were killed because of Finnish collaboration with Adolf Hitler?

Finland was unique during World War II and the Holocaust in that it freely and voluntarily joined Adolf Hitler’s Nazi New Order in Europe and freely and voluntarily formed Nazi SS formations, which the Nuremberg War Crimes Tribunal held were criminal and whose members were war criminals. Finland was not under German military occupation. Finns made the free and voluntary choice and decision to join Nazi Germany as the vanguard of the new Nazi Order in Europe. Where is Ahtisaari’s discussion of his nation’s real “historical responsibility” and “collective guilt” for Finland’s role in the Holocaust and the Nazi New Order? Ahtisaari is a shameless and mindless hypocrite. Finns and Albanians have a real Nazi past as collaborators with Adolf Hitler in the murder of millions of Jews and thousands of Kosovo Serbs. What he has in common with his Albanian proxies is a historical responsibility for their nation’s Nazi past and their collective guilt during the Holocaust and their historical responsibility for the genocide committed in Kosovo against Kosovo Serbs during World War II.

Historical responsibility, indeed. Let us start with Finland and the “historical responsibility” of Finland. Then what about the “historical responsibility” of his Albanian proxies in Kosovo, who like the Finns, themselves had their own Nazi Waffen SS formation, the 21st Waffen SS Division “Skanderbeg” which murdered and ethnically cleansed thousands of Kosovo Serbs and Jews during the Holocaust. Ahtisaari seeks to create a smokescreen with his hypocritical racist remarks to obfuscate the fact that detaching Kosovo-Metohija from Serbia is criminal and illegal and against all international laws, customs, and norms. It is up to the Serbian people to decide whether they want to create a Greater Albania and give away their national territory to “terrorists”. Ahtisaari is very generous with Serbian land. And he is very complacent about the genocide of Kosovo Serbs which will follow any “independent” Kosova. The decision belongs to the Serbian people, not to Ahtisaari and a “think tank”. This is an issue of democracy. Let the Serbian people decide if they want Ahtisaari to create an “independent” Greater Albania from their territory. The decision should be by majority vote of the people of Serbia. Why should Ahtisaari decide if an illegal Greater Albania should be created out of Serbian territory?

There is, moreover, a glaring conflict of interest. How can Ahtisaari be a UN negotiator on the final status of Kosovo when he has already made known his decision or diktat on Kosovo? Why does he get to impose a “solution” on Kosovo by force like Adolf Hitler did in 1941? How long will a settlement last that is imposed by force? His role as negotiator is a sham and constitutes fraud and deception. He is an advocate for a Greater or Ethnic Albania as demonstrated by his membership in the ICG. There is obvious bias, prejudice, and a glaring conflict of interest. Who does Ahtisaari think he is deceiving? 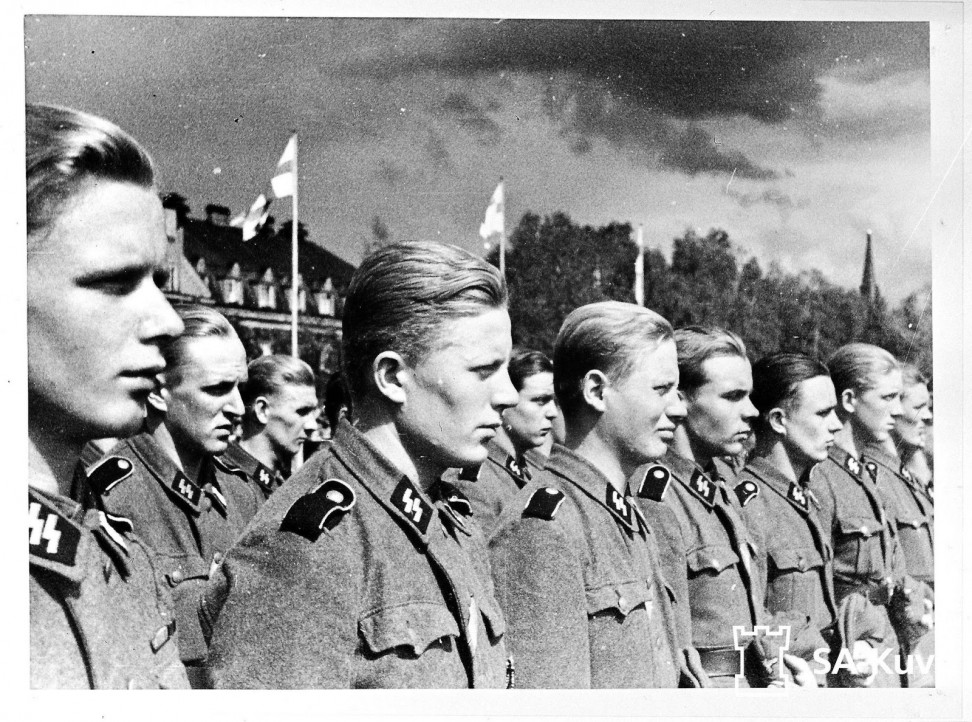 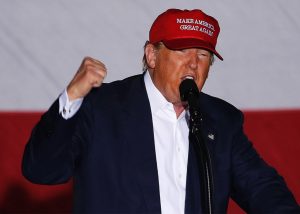