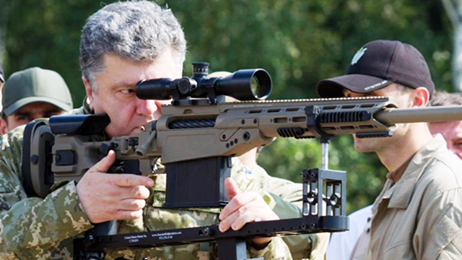 Even those in Donetsk who originally supported Kiev have come to realize that Ukraine is waging a war against its own people. 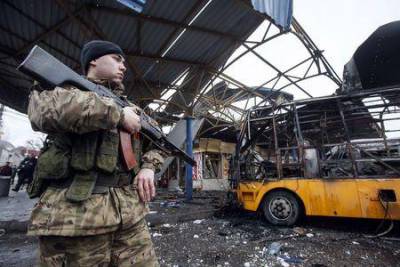 Although this article tries to make the people of Donetsk appear gullible and indoctrinated, it does make one incredible admission: Kiev is waging a vicious war against its own people—something that East Ukrainians will never forget, and probably never forgive. This article originally appeared in Financial Times

As world leaders convened in Minsk this week to decide the fate of east Ukraine, Tatiana Prussova, a teacher at Khartsysk school number 23, stood in front of her class, a map on the wall behind her.

For 10 minutes, she led a group of 15 and 16-year-old students through the day’s lesson: a review of the recent developments in the self-declared Donetsk People’s Republic (DPR). She explained a new local holiday — February 8: Day of the Young Anti-Fascist Heroes — and recounted a pivotal week in which the US was considering arming Kiev while the rebel army had gained ground around the crucial rail hub of Debaltseve.

“Thanks to the gains of our Donetsk People’s Republic rebels, the road to Debaltseve has been closed and the town has been encircled,” Ms Prussova told the students, gesturing at the map in the same way other history teachers might point to the battle lines in Flanders or the Napoleonic War.

The class is one of dozens of so-called political information lessons now being taught at schools across rebel-controlled east Ukraine. It is a Soviet tradition that was disbanded following the fall of the USSR but has been revived by the pro-Russian DPR’s education ministry.

“We decided to inform the children from an objective point of view about the current developments of what’s happening inside the Donetsk People’s Republic,” said Lidiya Aksyonova, the school’s principal. “The beliefs that we form here in school will in 10 years become the political views of our government.”

While some may see this week’s Minsk memorandum, which calls for a ceasefire in east Ukraine and the eventual re-establishment of national borders, as the first step towards the DPR’s disbandment, there are few signs in the region of a rebel leadership preparing to relinquish control — or a society that wants them to.

After a months-long siege that has destroyed local infrastructure, and left the population under the near-constant percussion of artillery, a new sense of regional identity has taken hold in Donetsk. Though some of it is being transmitted through top-down initiatives such as Ms Prussova’s class, much of it has come through the Ukrainian army’s shelling, which has turned many formerly pro-Ukrainian locals against Kiev. 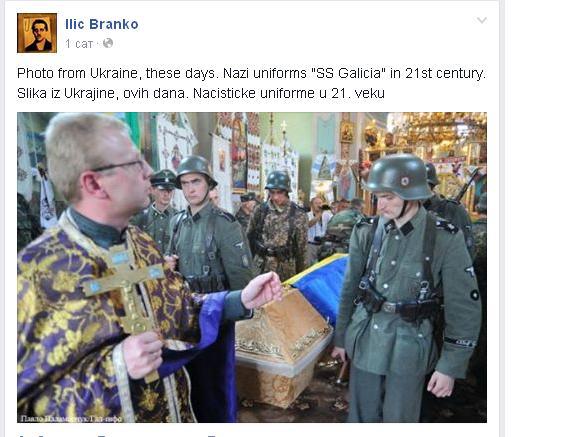 Another source of anger for many was an October speech by President Petro Poroshenko of Ukraine, in which he declared that the region’s citizens would suffer for the rebel leaders’ actions. “Our children will go to school and nursery school, and theirs will sit in basement!” he declared, waving a finger.

“As a student, as the future generation, I was for a united Ukraine. We really believed in Poroshenko,” said Yekaterina, a 20-year-old student at Donetsk National University. While her family fled to the Ukrainian side during the summer, they were forced to return to Donetsk in September after they ran out of money. It was then that her feelings changed.

You don’t need to be a soldier to understand from what direction artillery fire is coming. We have access to the internet. We’re not in the stone age. We’re not zombies- Yekaterina, 20-year-old student

“We thought [Mr Poroshenko] would come to Donetsk, but he didn’t come once,” she said. She dismissed claims that Donetsk locals were being brainwashed by the rebel leadership and Russian television. “You don’t need to be a soldier to understand from what direction artillery fire is coming,” she said. “We have access to the internet. We’re not in the stone age. We’re not zombies.”

In Donetsk’s Kievsky district, one of the most heavily bombed parts of the city, a middle-aged worker named Svetlana said she had been living underground in a cold war-era bomb shelter with 50 of her neighbours since the bombing began in May. While she refused to take part in the separatists’ referendum and appeal to join Russia in May — “I could tell that something smelt funny,” she explained — her views changed during the months underground.

“How can I be for a united Ukraine when Kiev has spent the past six months bombing us?” she asked. “They came to power and destroyed the entire infrastructure of southeast Ukraine.”

Enrique Menendez, a Ukrainian-born businessman with Spanish roots, said one of Kiev’s biggest mistakes was to vilify the people of southeastern Ukrainian rather than open a dialogue.

“At the beginning, a lot of journalists, bloggers, opinion leaders — most of them pro-Ukrainian — left Donetsk. But when they got to Kiev, the rhetoric [about southeast Ukraine] was very negative,” said Mr Menendez. “This aggression and lack of understanding of what was going on here really offended the people that stayed behind.”

One of a dozen organisers of a March rally for a united Ukraine, Mr Menendez eventually decided to stay in Donetsk to set up an organisation that delivers humanitarian aid.

In August, there were only five people left in his apartment building. They would crowd into the corridor during the worst of the shelling. Now, nearly all the 80 or so former residents have returned.

“The wartime mentality has changed us,” he explained. “We’ve stopped valuing the superficial things in life. We’ve lost everything: our savings, our prospects, our businesses. Some people lost their relatives. But we’ve become more pure.”

Even though the rumble of artillery fire could still be heard in central Donetsk this week, much of city life felt normal. A ghost town for much of last year, most of the city’s residents have now returned. Restaurants and shops are reopening, and most local schools are in session.

Igor Kostenok, the DPR’s education minister, appears determined to use his post to encourage a lasting regional identity. In addition to the new political information classes, Mr Kostenok said schools would also teach students about the experience of youngsters who fought for the rebels during the summer.

“Our story of the Great Patriotic War [second world war] tells us that many children who were forced to grow up early because of the war took up arms and defended their home. History is doomed to repeat itself,” he said.

One such youngster is Alexander Vasin, a 16-year-old student from the Donetsk suburbs who fought at Donetsk airport over the summer in a rebel battalion called the 15th International Brigade, despite his parents’ objections. He returned when school resumed in September, but said he would go back to the battalion later this year if the war had not ended. Of the fighting, he said: “It’s difficult at the beginning, but you get used to it.”

A video of the fighting he shot on his mobile phone won a prize from the DPR education ministry and is now being shown at schools across the region. 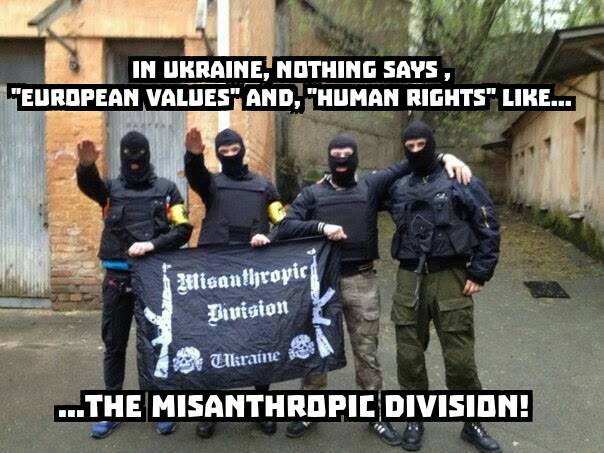