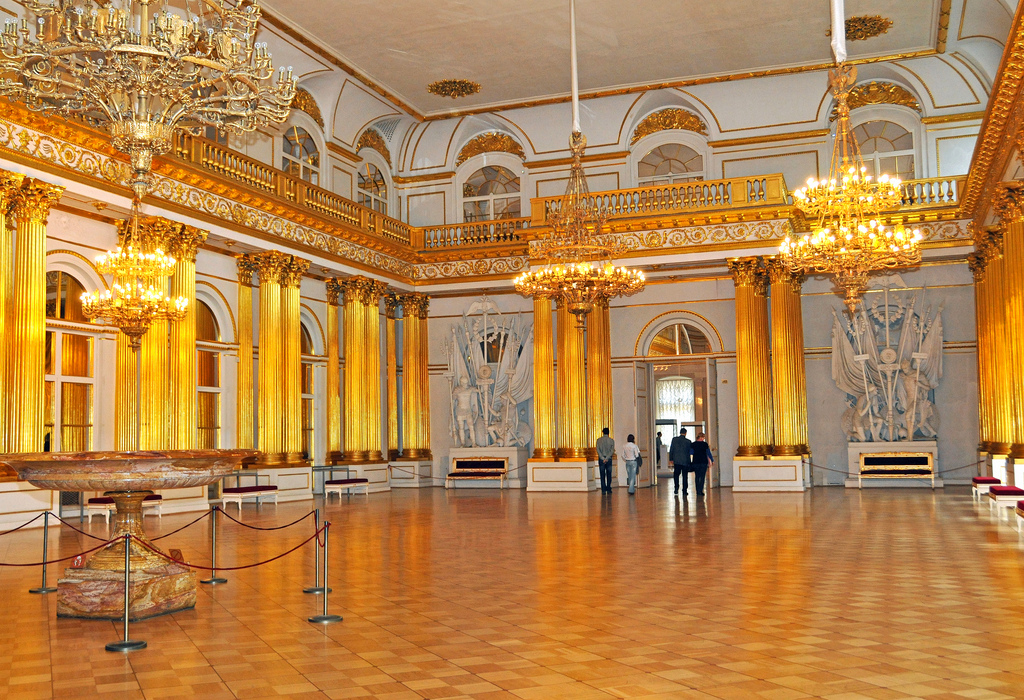 Recently I went on a 15 day visit to Russia organized by the Center for Citizen Initiatives. The group visited Moscow, the Crimean peninsula, Krasnodar (southern Russia) and St. Petersburg. In each location we met many locals and heard diverse viewpoints. CCI has a long history promoting friendship and trying to overcome false assumptions between citizens of the USA and Russia. The founder Sharon Tennison has focused on making people-people connections including the business community, Rotary clubs, etc.. This delegation was organized because of concern about escalating international tensions and the danger of a drift toward world threatening military conflict. 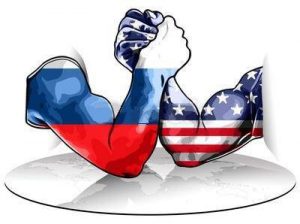 We were in Russia in late June as they were commemorating the 75th anniversary of the Nazi invasion of the Soviet Union. They call it the Great Patriotic War where 27 million Soviet citizens died. In Russia it’s a very sober occasion in which they pay tribute to the fallen, acknowledge the heroes and underscore the horrors of war. Virtually everyone in Russia lost family members in World War 2 and there seems to be a deep understanding of what war and invasion mean.

It is alarming to see the constant drumbeat in Western media that Russia is aggressive, Russia invaded Crimea, Russia is a threat. Hardly a day goes by that the New York Times does not have an editorial or news story with the assertion or insinuation that Russia is “aggressive”.

Today’s op-ed by Andrew Foxall is an example. The “think tank “ director bemoans the British departure from the European Union and suggests that Russian President Putin may be behind it :

Mr. Putin has spent the past 16 years trying to destabilize the West….. After Brexit, the union has lost not only one of its most capable members, but also one of its two nuclear powers and one of its two seats at the United Nations Security Council… …..Mr. Putin checked the European Union’s expansion when he invaded Ukraine in 2014. The Continent’s security order is now in a perilous plight: If Mr. Putin senses weakness, he will be tempted into further aggression.

It is now common to hear the claim that Russia “invaded” Ukraine and is “occupying” Crimea.

Despite the sanctions and problems, Crimea appears to be doing reasonably well. In the past two years, the airport has been rebuilt and modernized. The streets of Balaclava, Sevastopol, Simferopol and Yalta are busy and bright. No doubt things could be much better and residents want the sanctions lifted, but there were no evident signs of shortages or poverty. On the contrary, kids were enjoying ice cream, parks were full and streets busy late into the night. The famous Artek Youth Camp near Yalta is being refurbished with new dormitories, state of the art swimming pool and gymnasium. Right now they are handling 3,000 youth in the camp at one time with 30,000 kids from all over Russia this year.

A 12 mile bridge connecting Crimea to southern Russia is now half complete. A impressive video showing the design is here.

After 22 years as part of independent Ukraine following the breakup of the Soviet Union, what drove the people of Crimea to overwhelmingly support a referendum calling for ‘re-unification’ with Russia? Was this the result of intimidation or an ‘occupation’ by Russia?

We received a very strong sense from talking with many different people in Crimea that they are happy with their decision. The impetus was not aggression from Russia; the impetus came from the violence and ultra-nationalism of the foreign backed coup in Ukraine.

The US was deeply involved in promoting the “Maidan” protests and strategizing how to bring in a new government. Assistant Secy of State Victoria Nuland demanded the Yanukovych government do nothing to stop or prevent the increasing vandalism, attacks and intimidation. With thugs in the street increasingly clashing with police, the US pressed the Ukrainian government to break economic ties with Russia as a condition for closer relations with Europe and loans from the International Monetary Fund.

On the surface, the US was encouraging Ukraine to strengthen ties with the European Union but in reality Nuland’s goals were about the US, NATO and undermining Russia. This was dramatically revealed in a secretly recorded phone call between Nuland and the US Ambassador to the Ukraine, Geoffrey Pyatt. Nuland and Pyatt discussed who should and should not be in the coup government two weeks before the coup happened. As they conspired over the phone, Nuland expressed her displeasure with the EU’s reluctance to push the coup …. “Fuck the EU” said the woman who six weeks earlier spoke glowingly of Ukraine’s “European aspirations”.

Prior to the coup, Nuland spoke of the high US “investment” in promoting “democracy” in Ukraine. In a December 2013 speech she said “Since Ukraine’s independence in 1991 the United States has supported Ukrainians as they build democratic skills and institutions, as they promote civic participation and good governance, all of which are preconditions for Ukraine to achieve its European aspirations. We have invested over $5 billion to assist Ukraine in these and other goals…” (approx 7:30 into the recording / US-Ukraine Foundation, 13 December 2013).

In mid December hundreds of Crimeans traveled to Kiev in buses to join peaceful protests in opposition to the Maidan protests seen on television. They stayed in Kiev through January and into February until the violence exploded on February 18 (2014). Altogether, 82 persons were killed including 13 police and 1100 injured. At that point, the Crimeans decided peaceful protest was useless and to return home. The bus caravan departed Kiev on Feb 20 but was stopped at night near the town of Korsun. The buses were torched and the Crimean travelers brutalized, beaten and seven killed. When news of this reached Crimea, it was yet another cause for alarm. A video titled “The Crimes of Euromaidan Nazis” documents the events and includes interviews with numerous passengers. These atrocities against unarmed Crimeans were done on a public highway with no intervention from local Ukrainian police.

On Feb 21 the existing government came to a compromise agreement. But that did not appease the most violent protesters or their supporters. A parliamentarian was beaten in broad daylight and threats issued. President Yanukovych fled for his life and a new government, led by Victoria Nuland’s choice Arseniy Yatsenyuk, took charge. The US and western allies quickly recognized the new government while Russia objected it was an illegal coup. In the first days of the new government a bill was passed to make Ukrainian the sole official language of the country.

Indeed there was aggression and violence in Ukraine but it was not from Russia. Rather, evidence indicated the violence was from the forces which led the coup. This was revealed in an intercepted phone conversation between British representative to the European Union, Catherine Ashton, and the Estonian Foreign Minister, Urmas Paet. Paet reported that he had been to Kiev and “there is a stronger and stronger understanding that behind snipers it was not Yanukovych, it was somebody from the new coalition.”  Instead of probing into the facts behind this dramatic information, Ashton said “Oh gosh …. We will need to look into that” and quickly moved on.

Crimeans we spoke with described their shock and outrage at the events. In just four months they witnessed violent Maidan protests, the overthrow of the elected government, beatings and killings of citizens returning from Kiev, and then the removal of Russian as an official language.

In response, local leaders recommended a Crimea wide referendum with the option to officially re-unite with the country that Crimea had been part of for over two centuries. A referendum was held on March 16. Turnout was 89% with 96% voting in favor of the “reunification of Crimea with Russia”.

With the violent overthrow of the Kiev government and clear proof of US involvement in the coup it seems highly inaccurate to say that Russia “invaded” or is “occupying” Crimea. On the contrary, it seems to be the USA and allies which are “aggressive”.

The same reversal of reality is going on with the expansion of NATO. In recent weeks NATO has placed armed forces in Poland, Estonia, Latvia and Lithuania. NATO military expenses are already 13 times greater than that of Russia yet NATO plans to increase military spending even more. Meanwhile the US unilaterally withdrew from the Anti Ballistic Missile (ABM) Treaty in 2002 and is busy building and installing ABM sites in Alaska and now eastern Europe. With a serious face they have previously claimed these sites are being installed because of the danger of “Iranian missiles” but only a fool could take that seriously. There is the additional risk that the same sites could be converted from anti ballistic missiles to contain nuclear warheads.

Are NATO and the US preparing for war? The public should be asking hard questions to our political and military leaders as they waste our tax dollars and risk global conflagration.

When the audio recording of Nuland and Pyatt discussing how to “midwife” the Kiev coup was revealed, the State Dept spokesperson was grilled about it. She responded “That’s what diplomats do”.

Enough of the nonsense that “Russia is aggressive” when the evidence indicates it’s the USA and allies who are destabilizing other countries, escalating a new arms buildup and promoting conflict instead of diplomacy.

About the author: Rick Sterling is an independent writer/researcher. He can be reached at rsterling1@gmail.com 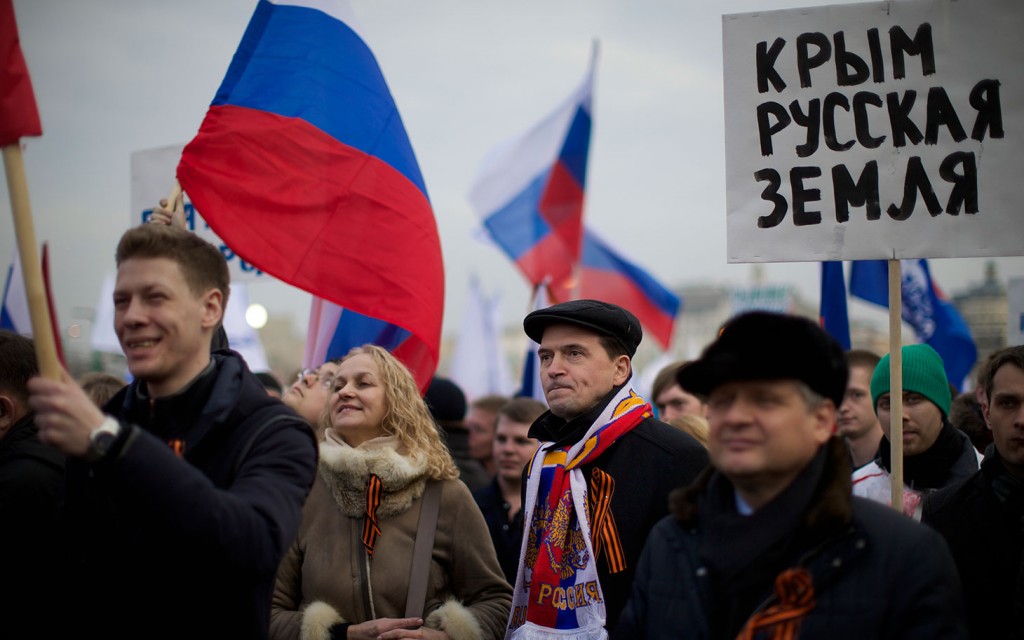