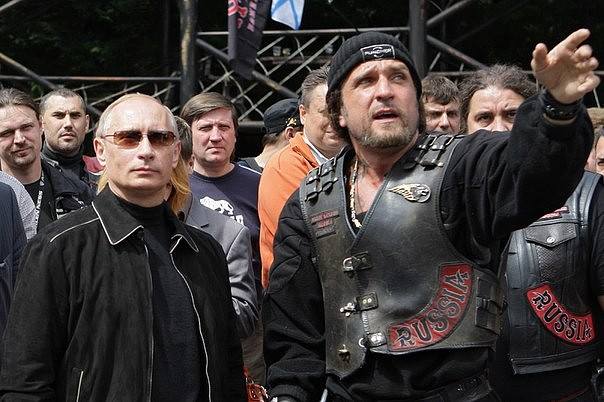 Has your electric garage door stopped working? Does your dog wake up in the middle of the night and begin howling? Is the weather unseasonably hot, cold, windy, dry or wet? Has your television set (or refrigerator, or sound system or home alarm) inexplicably turned on, or off?

If one uncritically viewed the corporate-controlled media and accepted at face value the statements of much of official Washington, especially the Democratic Party, one could easily draw the conclusion that the Russians did it. 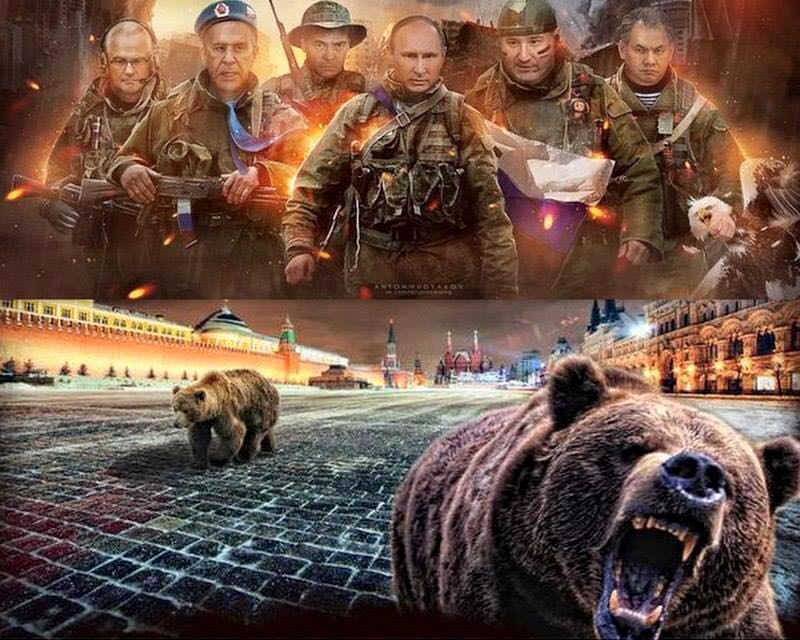 A paranoid frenzy is gripping the US political and media establishment. A ruling elite that commands the world’s largest economy ($18 trillion, 24.3 percent of world GDP), the world’s largest military, and the most technically sophisticated spying apparatus is obsessed with the supposedly omnipresent tentacles of a government that oversees the world’s twelfth largest economy (1.8 percent of world GDP, or one-fourteenth that of the US), and which entered the computer era a generation later than Silicon Valley.

By one estimate, the United States has 3.6 million computer programmers, about 20 percent of the world’s total, compared to just over half a million in Russia. The US is home to the most powerful software, hardware and Internet companies in the world. No Russian IT company ranks in the world’s top 100. Yet, according to the narrative peddled by the American media in its campaign over alleged Russian hacking during the 2016 US presidential election, Russian cyber warfare operations have cut through US IT systems like a knife through butter.

Thursday’s appearance by fired FBI Director James Comey before the Senate Intelligence Committee has raised the anti-Russian hysteria in the US media to a new level. The former head of the US political police denounced supposed Russian interference in the US elections as a dire threat to American democracy. “They’re going to come for whatever party they choose to try and work on behalf of,” he warned. “And they will be back… they are coming for America.”

None of the capitalist politicians who questioned him challenged the premise that Russia was the principal enemy of the United States, or that Russian hacking was a significant threat to the US electoral system. None of them suggested that the billions funneled into the US elections by Wall Street interests were a far greater threat to the democratic rights of the American people.

Weekend media reports added to the apocalyptic warnings. A front-page report in the Sunday New York Times warned that the conflict between Trump and Comey should not be allowed to overshadow the more important issue: “a chilling threat to the United States” from Russian intervention in the American electoral system.

According to the Times, “from the headquarters of the National Security Agency to state capitals that have discovered that the Russians were inside their voter-registration systems, the worry is that attention will be diverted from figuring out how Russia disrupted American democracy last year and how to prevent it from happening again.”

The article went on to suggest, citing only the suspicions of US intelligence officials in the absence of any actual evidence, that Russian government hackers had penetrated companies providing software for voting systems, the electrical power grid and other vital infrastructure. It quoted a series of anti-Russian comments from “experts,” who expanded on Comey’s comments, warning of “intensified cyber warfare.”

Even more strident was a commentary published in Politico.com under the headline, “Forget Comey. The Real Story Is Russia’s War on America.” The author is Molly K. McKew, a former US adviser to anti-Russian governments in Georgia and Moldova.

She denounces President Trump’s “lack of curiosity about the long-running, deep-reaching, well-executed and terrifyingly effective Russian attack on American democracy,” going on to attack the White House for “failing to craft a response to the greatest threat the United States and its allies have ever faced.”

McKew writes of “Russia’s global imperialist insurgency,” and advocates a course of action that goes beyond a “new Cold War,” leading inexorably to an armed confrontation between the two largest nuclear powers in the world.

The World Socialist Web Site has repeatedly explained the political issues in the anti-Russian campaign, which represents an effort by the most powerful sections of the military-intelligence apparatus, backed by the Democratic Party and the bulk of the corporate media, to force the Trump White House to adhere to the foreign policy offensive against Moscow embarked on during the second term of the Obama administration, particularly since the 2014 US-backed ultra-right coup in Ukraine.

Those factions of the ruling class and intelligence agencies leading the anti-Russia campaign are particularly incensed that Russian intervention in Syria stymied plans to escalate the proxy civil war in that country into a full-fledged regime-change operation. They want to see Assad in Syria meet the same fate as Gaddafi in Libya and Saddam Hussein in Iraq. Their fanatical hatred of Putin indicates that they have similar ambitions in mind for the Russian president.

The entire framework of the anti-Russian campaign is fraudulent. The military-intelligence agencies, the Democratic Party and the media are following a well-established pattern of manufacturing phony scandals, previously a specialty of the Republican right: the Clinton Whitewater scandal, Obama the Muslim, Hillary Clinton and Benghazi. These bogus campaigns begin with allegations that then acquire a momentum of their own.

Of what does the “undermining” of US democracy by alleged Russian hacking consist? No vote totals were altered. No ballots were discarded, as in Florida in 2000 when the antidemocratic campaign was spearheaded by the US Supreme Court. Instead, truthful information was supplied anonymously to WikiLeaks, which published the material, showing that the Democratic National Committee had worked to sabotage the campaign of Bernie Sanders, and that Hillary Clinton had cozied up to Wall Street audiences and reassured them that a new Clinton administration would be in the pocket of the big financial interests.

These revelations certainly damaged Clinton, but only because they confirmed what the American people already thought of her: that she was a corrupt stooge of the financial oligarchy. 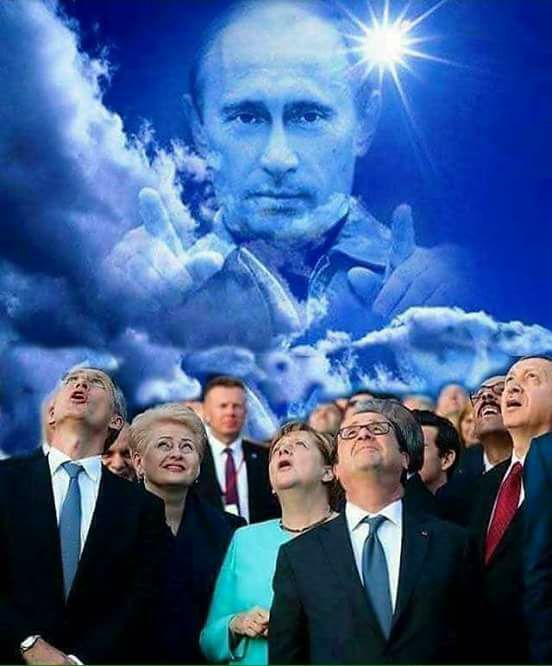 As for intervening in the elections of other countries, this is a practice the American ruling class has perfected through much practice. One case deserves special mention: the intervention of US political operatives, directed from the White House, in the 1996 Russian election, for the purpose of ensuring the reelection of Boris Yeltsin. At the start of the campaign, Yeltsin was polling in the single digits and facing growing popular opposition. A July 1996 Time magazine cover, showing Yeltsin holding an American flag, summed up the campaign: “Yanks to the Rescue: The Secret Story of How American Advisers Helped Yeltsin Win.”

Hillary Clinton lost the 2016 election because she ran as the candidate of Wall Street and the military-intelligence apparatus and made no appeal to working-class discontent. This was after eight years during which Obama had intensified the economic stagnation, wage cutting and austerity that had been going on for decades, while overseeing a further growth in social inequality. This right-wing orientation has continued to guide the Democratic Party in the first months of the Trump administration.

The Democrats are not fighting Trump over his assault on health care, his attacks on immigrants, his militaristic bullying around the world, or even his status as a minority president who can claim no mandate after losing the popular vote. Instead, they have chosen to attack Trump, the most right-wing president in US history, from the right, denouncing him as insufficiently committed to a military confrontation with Russia. 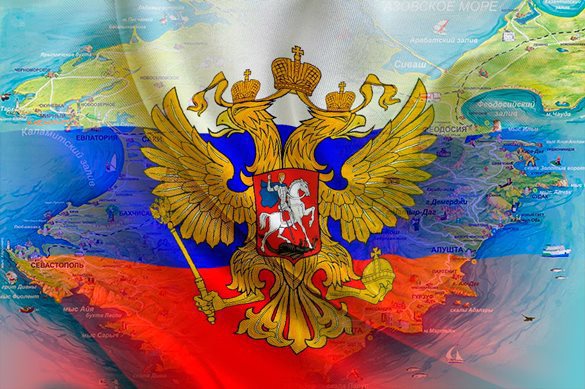 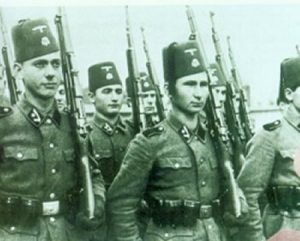