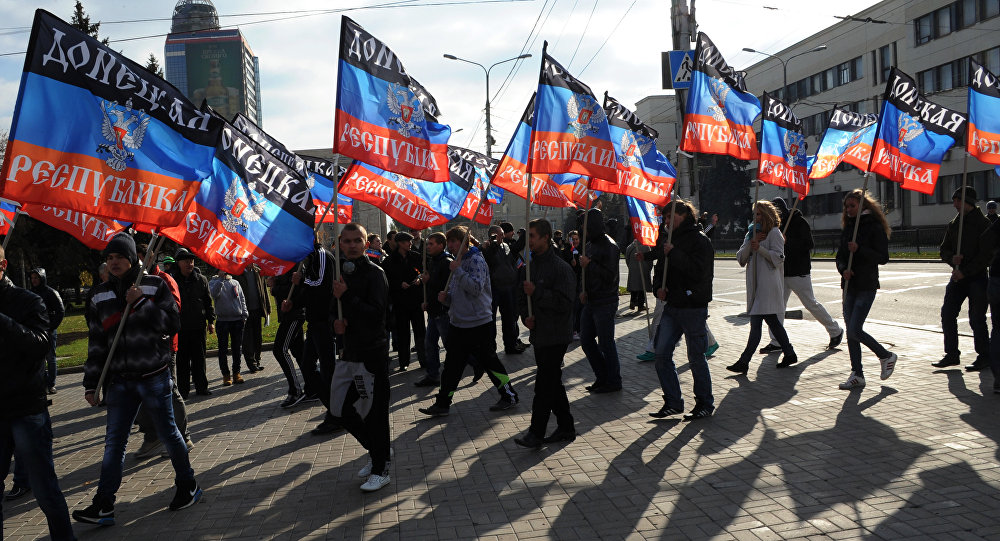 The current Ukrainian crisis and, in fact, a civil war which started at the very end of 2013 are grounded in for decades lasting internal interregional antagonisms between the western and the eastern regions of Ukraine. The crisis is fully fueled by the Western governments which armed far-right “European” Kiev regime giving to it a comprehensive political, financial and diplomatic support for the policy of brutal Ukrainization and even Nazification of the whole country but primarily at the expense of the Russian-speaking population at Ukraine’s East. A similar example we experienced in “European” Croatia in the 1990s when the same Western establishment overwhelmingly supported and protected a Croatian policy of the Serbophobic Croatization and Nazification of Croatia. The Ukrainian crisis is, however, spilled out into the Ukrainian-Russian relations on the international level including above all the “Crimean Question” as an apple of discord between these present-day two countries (ex-Soviet republics) from 1954 when Soviet establishment under the leadership of Ukrainian Nikita Khrushchev transferred Crimea from Russia to Ukraine (on the “Crimean Question” from the Western perspective, see [Gwendolyn Sasse, The Crimea Question: Identity, Transition, and Conflict, Cambridge, Mass.: Harvard Ukrainian Research Institute, 2014]). Nevertheless, as a matter of fact, the crisis came from Lithuania’s capital Vilnius were in November 2013 an Association Agreement between the EU and Ukraine had to be signed. Lithuania at that time (July 1st−December 31st, 2013) presided the European (Union) Council and formally had a full political responsibility for the breaking out of the crisis as being the host of the event on which the EU absolutely blamed only Ukraine’s President V. Yanukovych for the failure of the agreement as he simply rejected to sign it for the very benefits of all Ukrainian citizens. 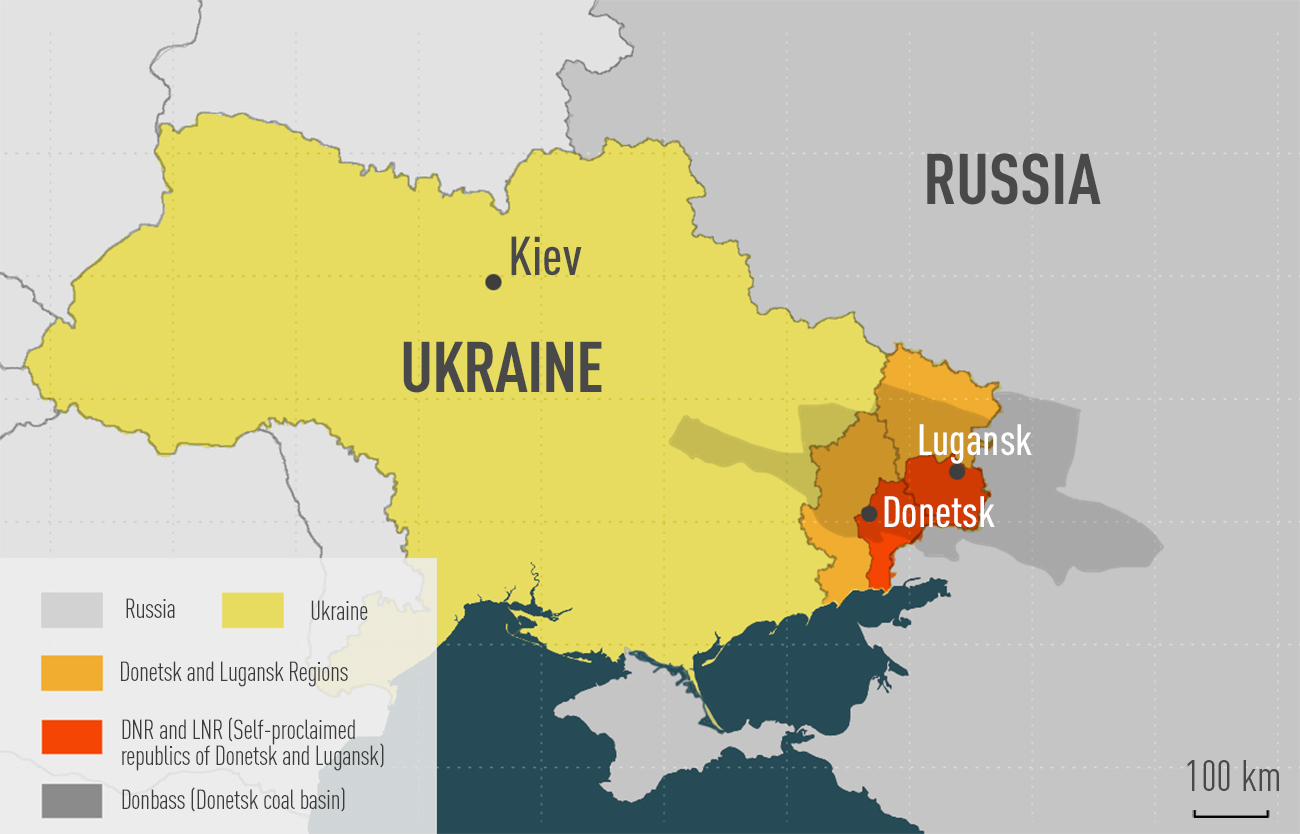 However, his decision was primarily based on the logic of a realpolitik as he preferred much more favorable economic-financial offer by Moscow (including and, de facto, legalization of stealing of Russia’s gas to Europe that was transported via Ukraine) for the purpose to try to resolve inner economic, social and political crisis which was threatening a stability of the Ukrainian society and state from 1991. The official Kiev recognizes that for Ukraine (up to 2014) Russia was:

“…the largest trade partner and a huge market. In addition, many Ukrainians have family and friendly relations with the Russian people. In this connection, it should be noted that Europeans are actually interested in stable partnership between the two countries. Ukraine remains the major transit country for Russian natural gas transported to Europe, and it is very important for Kyiv to make sure that Europeans regard it as a reliable and predictable partner” [Ukraine. A Country of Opportunities, Kyiv: the Ministry of Foreign Affairs of Ukraine, 2010, 6].

It was obvious that such Yanukovych’s turn toward the Russian Federation would mean and closest political ties between Kiev and Moscow in the future – a cardinal reason for the EU and USA to directly fuel a new color revolution in Ukraine for the purpose to overthrow Yanukovych and to install in power instead of him their own puppet regime which will drive the country to direction of both the EU and the NATO (and probably to the war with Russia). The Ukrainian 2013/2014 colored revolution was committed according to the model of the first CIA’s sponsored East European colored revolution that was organized in Serbia (Belgrade) at the beginning of October 2000 (the “2000 October 5th Revolution”). In the official literature and memoirs on this revolution, however, the essence of it that it was directly financed and sponsored by the CIA and the Western-financed NGOs is not mentioned at all (see, for instance [Dragan Bujošević, Ivan Radovanović, 5. Oktobar: Dvadeset četiri sata prevrata, Beograd: Medija centar Beograd, 2001]. On the colored revolutions from the pro-NATO/EU/USA’s viewpoint, see and compare with [Evgeny Finkel, Yitzhak M. Brudny (eds.), Coloured Revolutions and Authoritarian Reactions, New York: Routledge, 2015]). The protest of the “people” in Kiev in 2014 finally was ended by a classic street-style coup d’état like in Belgrade 14 years ago [Dragan Bujošević, Ivan Radovanović, 5. Oktobar: Dvadeset četiri sata prevrata, Beograd: Medija centar Beograd, 2001. The English language title of this memoir book is: 5. October: Twenty four hours of the coup d’état] and the installation of as well as a classic (pro-USA/EU/NATO’s) marionette regime. As it is well known from an introductory course on democracy, any kind of coup d’état (putsch) is illegal and unconstitutional. As in the 2000 Belgrade Coup case, the 2014 Kiev Putsch case was formally justified as a “popular revolt” against the “dictator” who became ousted in February 2014 (see a documentary movie [Paul Moreira, Ukraine: The Masks of the Revolution, Premieres Lignes Production−Canal +, France, 2016]. In fact, however, unlawfully removed legally and legitimately elected head of state by the USA/EU’s sponsored and supported ultranationalistic and even a neo-Nazi colored political upheaval of the “Euromaidan” protesters in Kiev [Tony Cartalucci, “BBC Now Admits: Armed Nazis Led ‘Revolution’ in Kiev, Ukraine”, Global Research, March 7th, 2014: http://www.globalresearch.ca/bbc-now-admits-armed-nazis-led-revolution-in-kiev-ukraine/5372232] and some other bigger Western Ukrainian cities (like in Lvov) directly provoked a new popular colored revolution in the Russian-speaking provinces of East Ukraine and Crimea with a final consequence of a territorial secession of self-proclaimed Luhansk, Kharkov, and Donetsk People’s Republics and Crimea (according to Kosovo pattern from 2008). The last Western sponsored attempt of color revolution happened on October 5th, 2018 in Banja Luka (the Republic of Srbska in Bosnia-Herzegovina) two days before the general elections in the whole country when around 40,000 people protested against the „dictator“ Milorad Dodik – a President of the Republic of Srpska. However, a great part of those protesters arrived at Banja Luka on the organized way in buses from Sarajevo and other towns populated by Croats and Bosnian Muslims including and the veterans from the Bosnian civil war in the 1990s who served in the Muslim-Jihad Army of Bosnia-Herzegovina and committing war crimes against Serbian civilians. The pattern of „2018 Banja Luka Colored Revolution“ is quite visible in the prototypes of both „2000 Belgrade Colored Revolution“ and „2014 Kiev Euromaidan Revolution“. 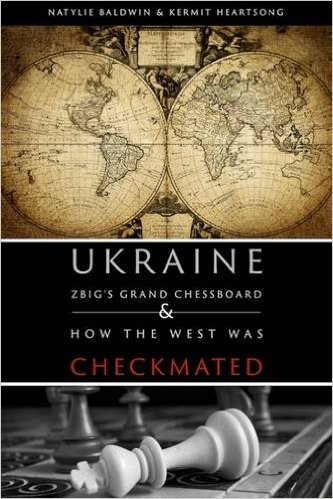 In regard to the 2014 Kiev Coup, according to Paul Craig Roberts, Washington used its funded NGOs ($5 billion according to Assistant Secretary of State Victoria Nuland at the National Press Club in December 2013) to begin street protests when the elected Ukrainian Government turned down the offer to join the European Union (on this issue, see more by the same author in [Paul Craig Roberts, The Neoconservative Threat to World Order: Washington’s Perilous War for Hegemony, Atlanta, GA: Clarity Press, Inc., 2015, 7−16]). Similarly to the Ukrainian coup in 2014, the Guatemala coup in 1954, when democratically elected Government of Jacobo Arbenz became overthrown, was also carried out by the CIA. Nonetheless, following R. Reagan’s logic used in the US-led military invasion of Grenada in 1983, the Russian President could send a regular army of the Russian Federation to occupy Ukraine for the security reasons of Russia’s citizens who were studying at the universities in Kiev, Odessa or Lvov. Similar R. Reagan’s argument (to protect the US’ students in Grenada) was (mis)used, among others, and by Adolf Hitler in April 1941 to invade and occupy the Kingdom of Yugoslavia as, according to the German intelligence service, the German minority in Yugoslavia (the Volksdeutschers) were oppressed and terrorized by the new (pro-British) Government of General Dušan Simović after the coup in Belgrade committed on March 27th, 1941 (on this issue, see more in [Коста Николић, Историја Равногорског покрета 1941−1945., Књига прва, Београд: Српска реч, 1999, 25−42]). Nonetheless, a new anti-Russian government in Kiev launched a brutal linguistic and cultural policy of Ukrainization directly endangering the rights of ethnolinguistic Russians, who represent a clear majority of the population of the Luhansk and Donetsk regions of East Ukraine, Crimean Peninsula respectively but as well as and of other non-Ukrainian population who supported a pro-Russia’s course of the country.

Finally, in the recent future, if Kiev will continue with its anti-Russian and pro-NATO/USA/EU’s political-military course, it is expected that the joint republic of Luhansk and Donetsk regions (or more) is going to be declared as an independent state with a real possibility to join the Russian Federation as Crimea already did it in 2014 (on Russia’s foreign policy and national identity, see [Andrei P. Tsygankov, Russia’s Foreign Policy: Change and Continuity in National Identity, Lanham, Maryland: Rowman & Littlefield, 2016]). It can be, probably, the best solution of the current Ukrainian crisis at least from the perspective of the Russian-speakers in East Ukraine.

Note: American English vocabulary is used in the text. 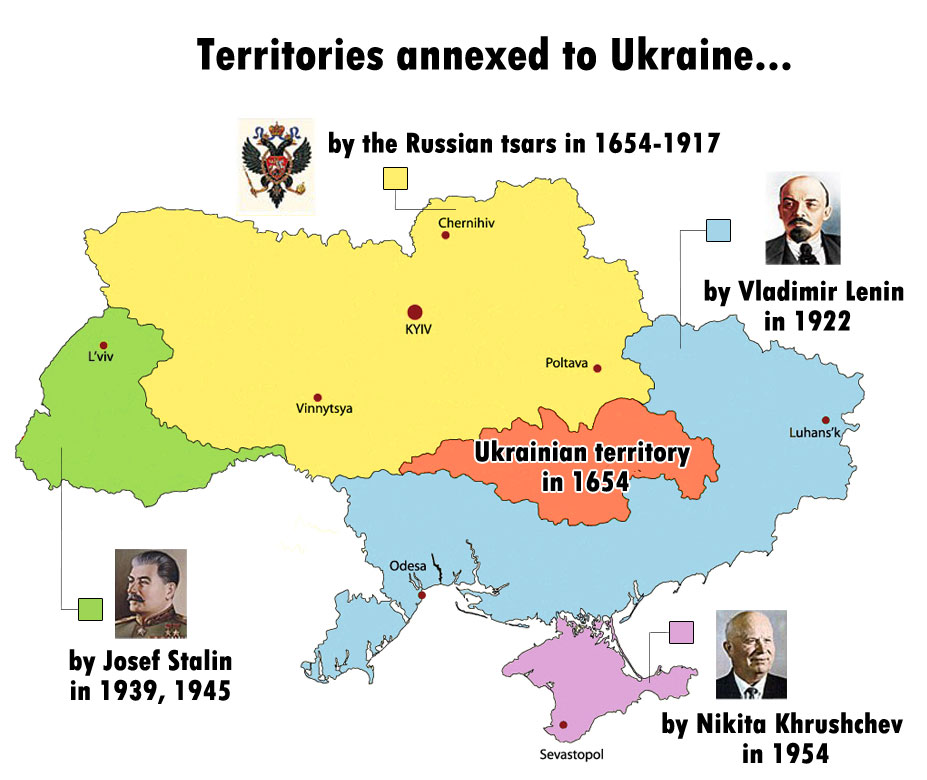 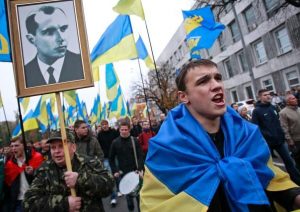