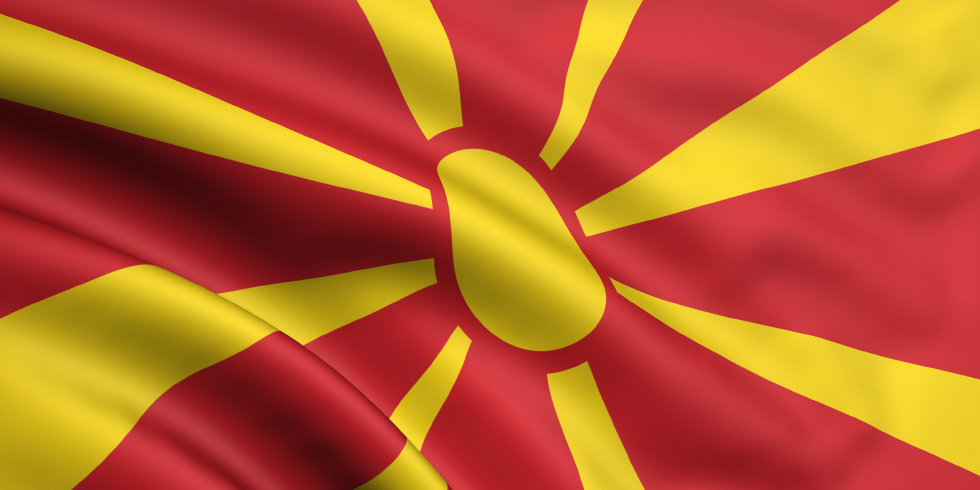 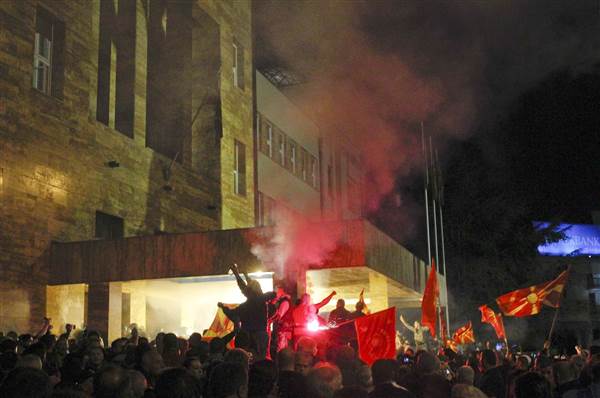 Macedonia is a small republic,a country in Southeast Europe. It gained independence in 1991, after the fall of the former republic of Yugoslavia. Its capital is a unique city, where East meets West. Skopje has a population of around 595.000 people. Its borders are: Kosovo to the northwest, Serbia to the north, Bulgaria to the east, Greece to the south and Albania to the west. The population is estimated around 2.6 million. The majority of the population consists of ethnic Macedonians, who are a Slavic people, related to Bulgarians. The minority are Albanians, Turks, Serbs and Roma people. Albanians make up the largest minority. They claim to be around 25%, however this is disputed by the ethnic Macedonians. A census will be held this year, for the first time in twenty years.

The Aftermath Of The Yugoslavia War

The so-called Socialist Republic of Macedonia, before 1991, never took part in or sided with anyone in the Yugoslav conflicts. Some soldiers who died were conscripts of the Yugoslav Socialist People‘s army and lost their lives mainly in Croatia. Like most of the other federal states, Macedonia became independent. However, a new conflict arose, which is still looming today, the conflict with ethnic Albanians. This is not so much with the Albanians who are living inside Albania, but the minority of Albanians of Macedonia and Kosovo.

While the other former federal states soon joined the European Union (EU) and NATO, Macedonia did not. Recently, during the COVID-19 crisis, March 2020, when a lock down was in place, Macedonia secretly and hastily became part of NATO. The year before, there was a lot of unrest hitting the country, with many demonstrations against the name change. Anti-NATO and anti-globalist activists took to the streets of Macedonia demanding to stop it. Unfortunately, until now, sitting President Zaev and his government agreed with NATO, EU and Greece to go ahead with the name change against the will of the majority of the Macedonian people. I spoke to a member of an opposition party called Rodina Macedonia, who confirmed that there was a lot of unrest and opposition (a separate article will follow).

Another problem is hitting the country, the radicalisation of some Albanian Muslims who are still influenced by the war in Kosovo where the radical UCK received air support from NATO from 24 March 1999 and ground support from the Albanian army. In the West, they were considered as ‘freedom‘ fighters. A similarity can be seen with the so-called ‘White Helmets‘ of Syria. Also, there are allegations, like in Syria, of organ trafficking through the notorious ‘yellow house‘ in Kosovo (another article will follow about this subject).

Some of the minority Albanians in Macedonia are radicalised. They were influenced since 1999 by Western countries (NATO) who considered them partners-in-crime by destroying and partitioning Yugoslavia. The Serbs were the enemy and ‘evil‘ people, according to them. Again, similarities can be seen with what has happened in Syria and also Iraq. The danger facing the ethnic Macedonians today is that various ex-members of the UCK are high-ranking parliament members and even ministers. Their ‘secret‘ aspirations are a ‘Greater Albania‘ based of the principles of Islam. Also, some Albanians are influenced by the Wahhabi indoctrination like in Syria and Iraq where DAESH (ISIS) took power as we all know by now with the help of the US (ISIS was created in Camp Bucca – Iraq with help of Senator John McCain+ and invented Abu Bakr al-Baghdadi). Also, a remarkable and imminent fact is that Qatar has very good relations with many high-ranking government members and has a large embassy compound in Macedonia. Qatar, together with Saudi Arabia, were the main sponsors of the Syrian war and Saudi Arabia especially is the Kingdom of the Wahhabi indoctrination, which even kill its own prominent journalists like Jamal Khashoggi. To take this all in consideration, ethnic Macedonians are afraid of a new war, which isn’t an unfounded fear, but based on facts and therefore a distinct possibility.

If you walk through the Turkish (bazar) or Albanian part of Skopje, you find that the majority follow Bektashiyyah Islam. The Turkish Bektaşi order of Sufi mystics was founded by Ḥājjī Bektāsh Walī of Khorāsān. It acquired a definitive form in the 16th century in Anatolia (Turkey) and spread through the Ottomans to the Balkans, particularly in Albania and parts of Macedonia. The Bektaşi are related to the Alevi in Turkey and the Alawites in Syria, a ‘human‘ and ‘ spiritual‘ form of Islam combined with Christianity. But you can also find some radical elements of Wahhabi indoctrination as seen through the dress code of the people. They are a real threat to freedom and prosperity as we know from the results in Syria. Unfortunately, Western countries always sponsored this kind of Wahhabism due to the geopolitical relations with Saudi Arabia (KSA), Qatar and Israel, who has a good relationship with the KSA. They want to break the Axis of Resistance consisting of Iran-Syria-Hezbollah and Kai‘tab Hezbollah (Iraq). The Muslim Brotherhood should also be mentioned, which later emerged with Al-Qaeda and DAESH to inflitrate European politics.

Ethnic Macedonians have all the arguments and facts to be afraid of looming war in Macedonia and the aspirations of a ‘Greater Albania‘, which is the aim of some high-ranking Albanian-Macedonian government members. They are the geopolitical ‘playground‘ of the West. It‘s about time Russia takes a stance in the Balkans. The Balkans can be the turning point for the Western Atlantic alliance. In the Balkans, you find the real ‘fighter‘ mentality, similar to the Syrians.

As Andrew Korybko wrote in his last article about Macedonia:

“Patriotic Macedonian activists should therefore consider contacting the Russian Embassy and the Kremlin via its website to make their concerns known. They must seek to receive an official statement from Moscow about how it would view the possible “federalization” of their country or other such means that would institutionalize Macedonia’s gradual internal partition of recent years. The most passionate among them should also launch a social media guerrilla campaign by commenting about this in Russian under media posts by Moscow’s major outlets“. 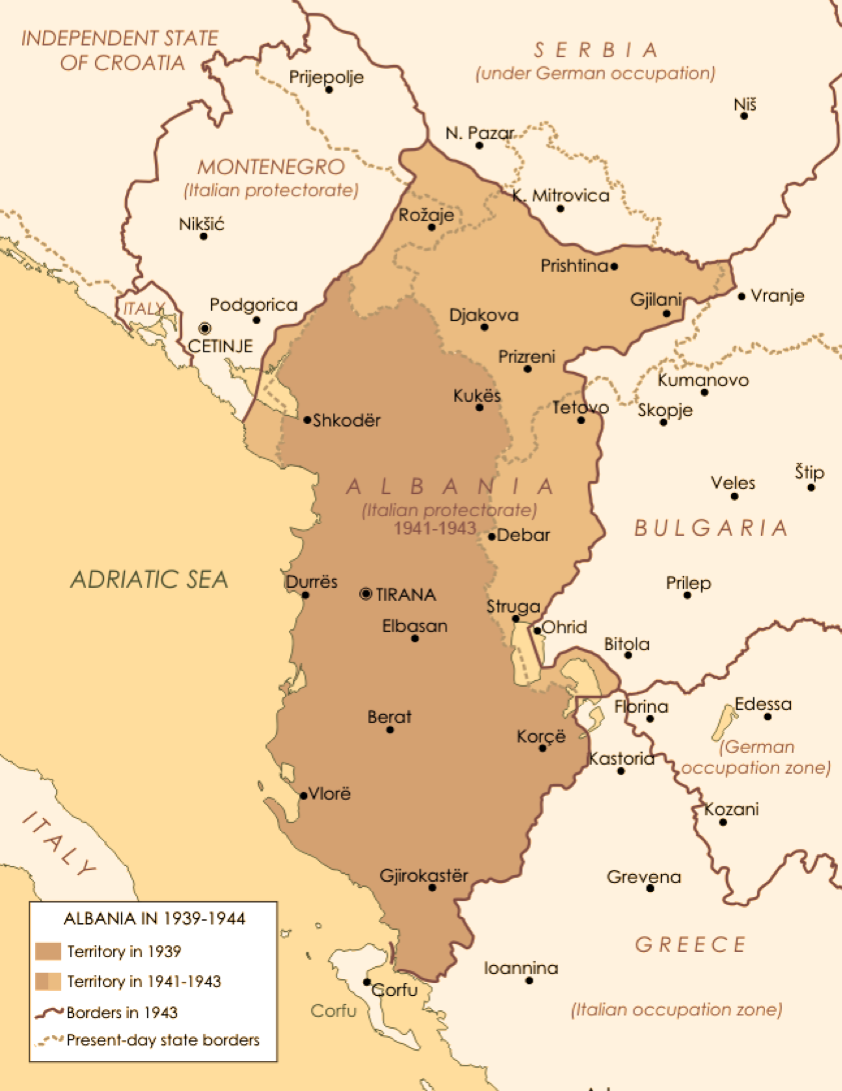 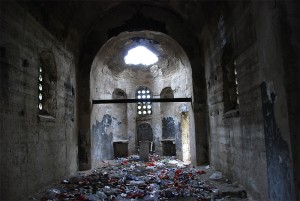