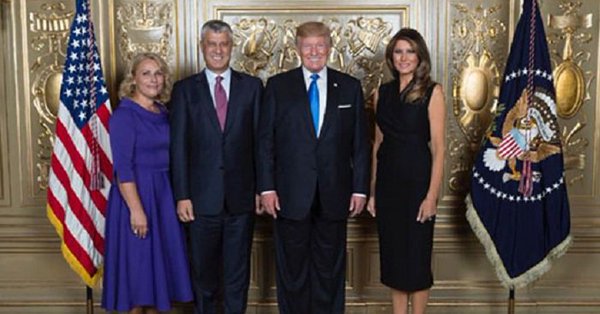 Lest anyone be tempted to believe that President Trump and other U.S. interventionists are intervening in Venezuela because of some purported concern for the Venezuelan people, let’s examine just a few examples that will bring a dose of reality to the situation. This latest intervention is nothing more than another interventionist power play, one intended to replace one dictatorial regime with another.

Egypt comes to mind. It is ruled by one of the most brutal and tyrannical military dictatorships in the world. The U.S. government loves it, supports it, and partners with it. There is no concern for the Egyptian citizenry, who have to suffer under this brutal tyranny and oppression.

Saudi Arabia also comes to mind. It too is a brutal and tyrannical dictatorship, also a murderous one. The U.S. government loves it too, supports it, and partners with it. There is no concern for Saudi citizens who have to suffer under this brutal tyranny and oppression.

Historically, this has been the case as well. Some examples:

1. Iran under the Shah. In 1953, the U.S. national-security establishment destroyed Iran’s experiment with democracy by ousting the democratically elected prime minister, Mohamad Mossadegh, from power and installed in his stead the Shah of Iran, one of the world’s most brutal tyrants. Even worse, they helped train his national-security establishment in the arts of torture, tyranny, and oppression. There was no concern for the well-being or liberty of the Iranian people. Even today, the U.S. aim is to oust the current tyrannical regime and replace it with a pro-U.S. tyrannical regime.

2. Guatemala. In 1954, the U.S. national-security establishment ousted the democratically elected president from office and installed in his stead a succession of brutal military tyrants. The U.S.-engineered coup threw the country into a 3-decade long civil war, which killed more than a million people. U.S. officials couldn’t care less.

3. Cuba. In the 1950s, the U.S. national-security establishment supported and partnered with a brutal, corrupt dictator named Fulgencio Batista, who himself partnered with the Mafia, the premier criminal organization in the world. There was never any concern for the Cuban populace, including the young girls who Batista’s goons were kidnapping and bringing to the Mafia’s casinos to serve as sexual perqs for high rollers. Ever since the Cuban people ousted Batista from power through a violent revolution and replaced him with Fidel Castro, the U.S. national-security establishment has never ceased trying to get a subservient and compliant dictator back into power in Cuba.

4. Chile. In 1973, the U.S. national-security establishment engineered the violent ouster of the democratically elected president of the country, Salvador Allende, and his replacement by one of the most tyrannical and corrupt military dictators in the world, Gen. Augusto Pinochet. Pinochet’s goons proceeded to round up, torture, rape, or murder tens of thousands of innocent people, including two Americans, with the full support of the U.S. national-security establishment. There was never any concern for any of the victims, including the two Americans (Charles Horman and Frank Teruggi), on the part of U.S. officials.

5. Iraq. In the 1980s, the U.S. national-security establishment supported and partnered with Saddam Hussein, one of the world’s most brutal dictators, one who some U.S. officials would refer to in the 1990s as a “new Adolf Hitler.” They were helping Saddam kill Iranians. Later, after U.S. officials turned on their partner Saddam in the 1990s, they targeted Iraqi citizens with death and suffering through one of the most brutal sanctions systems in history as a way of hopefully getting rid of Saddam and replacing him with another U.S. dictatorial partner. U.S. Ambassador to the UN Madeleine Albright expressed the official mindset of U.S. officials toward the Iraqi people by declaring that the deaths of half-a-million Iraqi children from the sanctions were “worth it.”

Make no mistake about it: the U.S. interventionist mindset today toward Venezuela is no different. That mindset is reflected by two things: one, the infliction of U.S. sanctions on Venezuela and, two, the official recognition of an alternative president, in the hope that these two actions will produce a violent revolution. The death toll from such a revolution, no matter how high, doesn’t matter to U.S. officials. After all, the people who will be dying will be Venezuelans. Like with Egypt, Saudi Arabia, Iran, Iraq, Cuba, Chile, and so many others, the liberty and well-being of the citizenry is of no concern. All that matters is the ouster of an independent regime and its replacement with a new dictatorial regime that is eager and willing to be a partner and ally of the U.S. government.

About the author: Jacob G. Hornberger is founder and president of The Future of Freedom Foundation. He was born and raised in Laredo, Texas, and received his B.A. in economics from Virginia Military Institute and his law degree from the University of Texas. He was a trial attorney for twelve years in Texas. He also was an adjunct professor at the University of Dallas, where he taught law and economics. In 1987, Mr. Hornberger left the practice of law to become director of programs at the Foundation for Economic Education. He has advanced freedom and free markets on talk-radio stations all across the country as well as on Fox News’ Neil Cavuto and Greta van Susteren shows and he appeared as a regular commentator on Judge Andrew Napolitano’s show Freedom Watch.

Source: The Future of Freedom Foundation 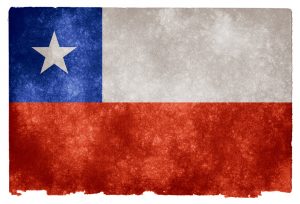