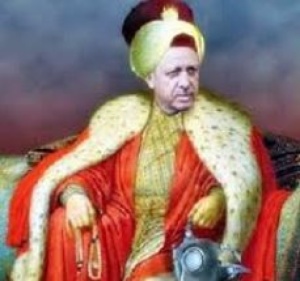 A billboard at a construction site, with a photo of an Ottoman-style mosque with four minarets and the flag of Turkey, was erected recently in the center of Pristina, the capital of Kosovo. With less than 2 million people, Kosovo, which declared its independence from Serbia in 2008, is the home of over 800 mosques. Now the Islamic Community of Kosovo is building the “Central Mosque” at an estimated cost of $35- $40 million. Turkey’s Directorate of Religious Affairs (Diyanet) is financing the project.

The Diyanet also financed the building of a similar mosque on a 10,000-square-meter parcel of land on George W. Bush Street in Tirana, Albania, the largest mosque in the Balkans, along with dozens of other mosques across neighboring countries. Turkey’s president Erdogan has put in the field two state organizations, Diyanet and the Turkish Development Agency (TIKA), as vehicles through which Turkey could enhance its Islamic influence in the Balkans.

Diyanet is the official state institution whose role is “to execute the works concerning the beliefs, worship, and ethics of Islam, enlighten the public about their religion, and administer the sacred worshiping places.” Diyanet is also responsible for the religious affairs of the Turkish diaspora. In Germany alone, it administers 970 mosques with imams trained by the organization.

Austria was the first country to realize that the mosques built with Erdogan’s money are used for political purposes to promote his Islamic agenda. In June 2018, Chancellor Sebastian Kurz ordered the closing of seven mosques built by Diyanet, and deported 60 imams and their families with ties to Turkey as part of the ‘fight against political Islam.’

In February 2016, German law enforcement revealed that clerics from the organization were involved in espionage against Gülen’s followers. Two years ago, Cumhuriyet, an independent Turkish newspaper, reported that Diyanet was very active in collecting intelligence, specifically on the activities of Gülen sympathizers in 38 countries across Europe, including Germany and the Balkans. Accusations of espionage by the organization have existed since the 1990s, but these revelations pointed to far more extensive operations than were previously thought. 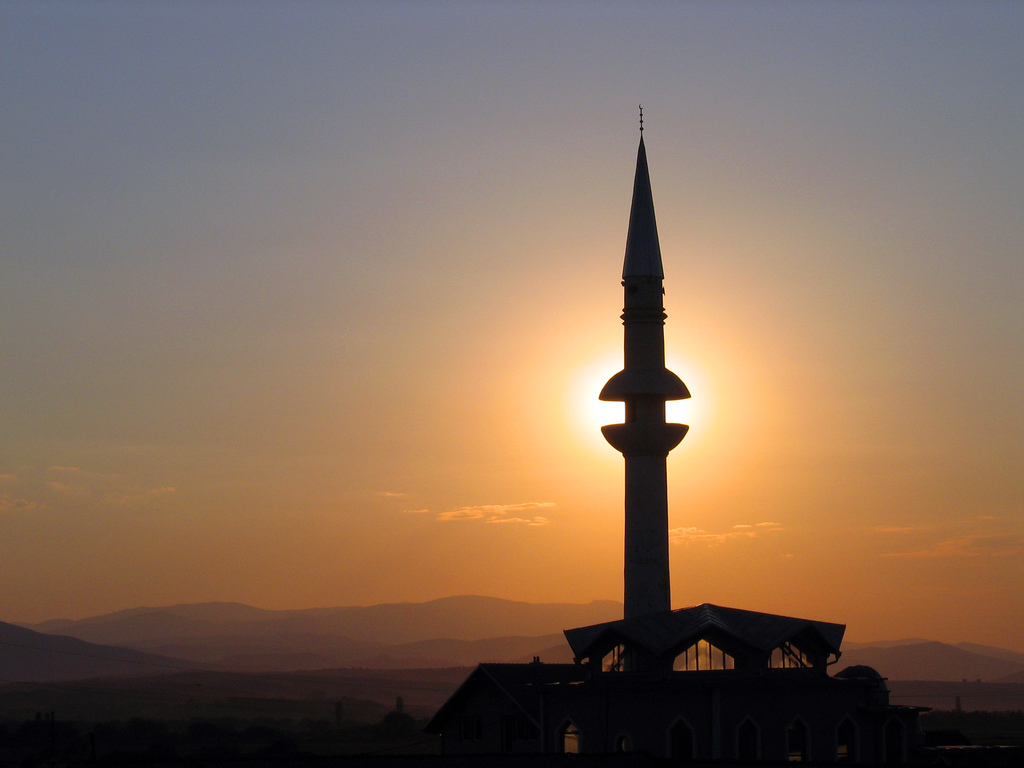 Meanwhile, Diyanet has extended its religious program to countries whose connection to Ottoman history is tenuous by building over 100 mosques outside Turkey. The president of Diyanet, Ali Erbaş, said that they have extremely strong relations with Balkan countries and stressed that this cooperation will continue in the future, especially in relation to religious education, services, and publications. He emphasized the importance and affinity of Turkey to the Balkans and added,

“The Balkans have a special place for us. Our historical ties will continue as they have done in the past.”

Ironically, while most of the Balkan countries suffer from unemployment, lack of foreign investments, and rampant poverty, Erdogan’s investments are focused on mosques and religious educational institutions at a time when Kosovo’s unemployment rate is 30%.

Lulzim Peci, former Ambassador of Kosovo to Sweden and Executive Director of the Kosovo Institute for Policy Research and Development (KIPRED), is one of the most critical voices in Kosovo against Erdogan’s political Islamic scheme. He agrees that the mosques built in Kosovo are political establishments to promulgate Erdogan’s Islamist vision.

“In the case of Kosovo and Albania, the tens of millions of dollars invested in building mosques has to do with the symbol of Turkish supremacy and influence, not only religious but also political”, says Peci.

Erdogan’s enormous investments in Ottoman symbolism are designed to influence the mindset of the population in Kosovo and increase the pro-Turkish-Islamist sentiments on the present and future generations. The Islamic ideology that Diyanet promotes caused wide-spread indignation even in Turkey. Diyanet stated that girls can become pregnant and therefore get married at the age of 9 years old, and boys at the age of 12. Thus, the concerns over Diyanet activities are not limited to building mosques, but its cultural and societal influence based on radical Islam. 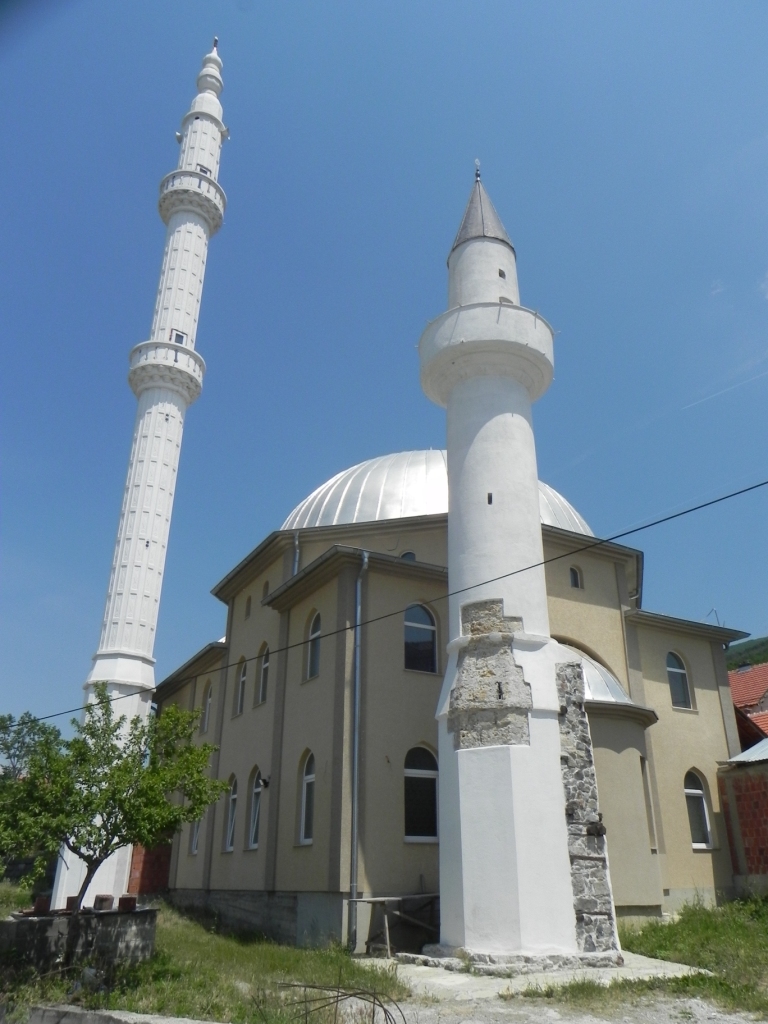 One day following the failed coup in Turkey, crowds of Albanians and Bosniaks in Macedonia, Bosnia, Albania, and Kosovo demonstrated in support of Erdogan and his government.

“It clearly visualized the potential and mechanisms that Erdogan has in the Balkans and the Diaspora, on which he capitalizes and uses whenever he wants”, says Xhemal Ahmeti, a historian and expert on Southeast European issues.

“Unfortunately, Albanian mosques thus, are confirming the thesis of Swiss Islamist Saida Keller-Messahli in her book Islamic Centrifuge in Switzerland, where Albanian mosques in fact are radical centers serving this kind of Islamic agenda for the radicalization of Albanian Muslims in favor of Erdogan’s politics”, says Ahmeti.

Visar Duriqi, a Kosovo journalist specializing in religious affairs, said that the project for the construction of the mosque with Turkish funds sends a clear political message by Erdogan to the effect that he has control over this region.

“Kosovo” says Duriqi “is a country that does not need more religious buildings, certainly not ones funded by Erdogan.”

Mosques are increasingly being used to spread political Islamic ideologies to a point where only limited room is left for actual prayers.

“It is no longer a question of whether those establishments are necessary, because the goal is to build as much as possible in order to strengthen the political influence from the Middle Eastern countries and Erdogan’s Turkey”, says Xhelal Neziri, an experienced investigative reporter from Macedonia.

In the countries with majority Christian populations in the Balkans, such as Serbia, Macedonia, and Croatia, Turkey is investing in major development projects, while in Albania the investments are geared mainly toward building Islamic religious institutes.

“It has been shown that the most powerful and sustainable influence in this region, especially among Albanians, is made precisely through the instrumentalization of the religion”, says Neziri.

To be sure, anyone who even scarcely follows Erdogan’s ambitions in the Balkans cannot escape the conclusion that the Turkish leader had a specific, well-articulated Islamic agenda which he is determined to entrench in the psyche of the Balkan people by building mosques and appointing imams that follow his doctrine. It is part and parcel of Erdogan’s vision to restore elements of the Ottoman Empire under his leadership. 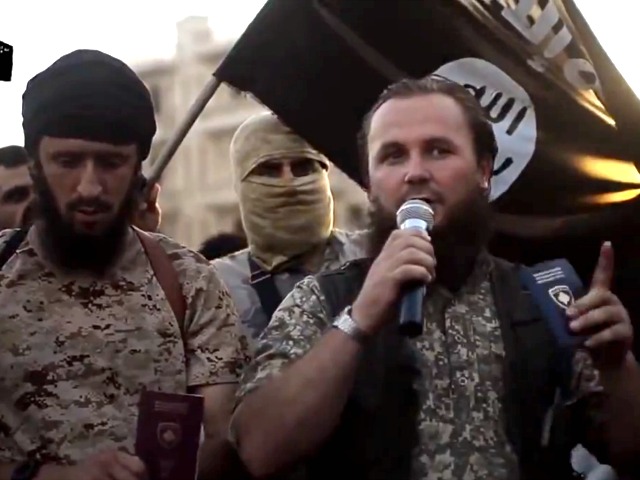 Erdogan himself and many other Turkish officials have openly spoke about their dream that by 2023, the centenary of modern Turkey, the country will enjoy as much sway and influence that was once enjoyed by the Ottomans. Erdogan uses Diyanet as one of his main vehicles to that end.

For the Balkan states, this will certainly turn out to be nightmarish unless they prevent Erdogan from exploiting them in the name of Allah, while debasing Islam to serve his long-term menacing plot.

Arbana Xharra authored a series of investigative reports on religious extremists and Turkey’s Islamic agenda operating in the Balkans. She has won numerous awards for her reporting, and was a 2015 recipient of the International Women of Courage Award from the US State Department. 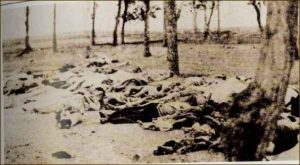 Greeks in Turkey on the Verge of Extinction