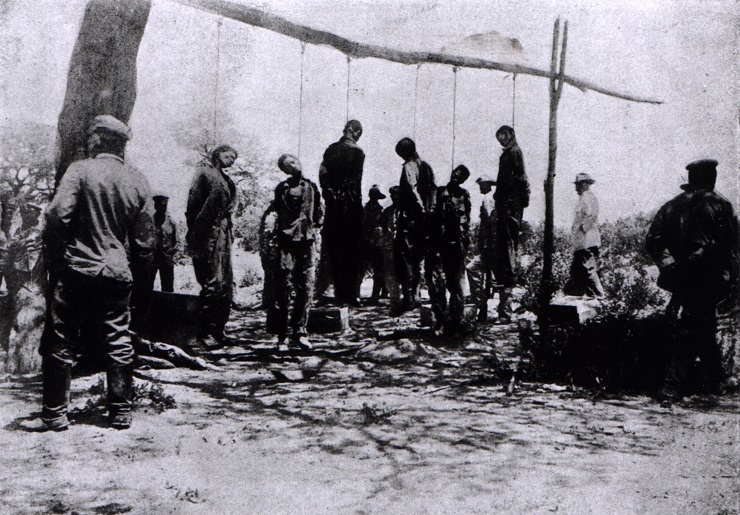 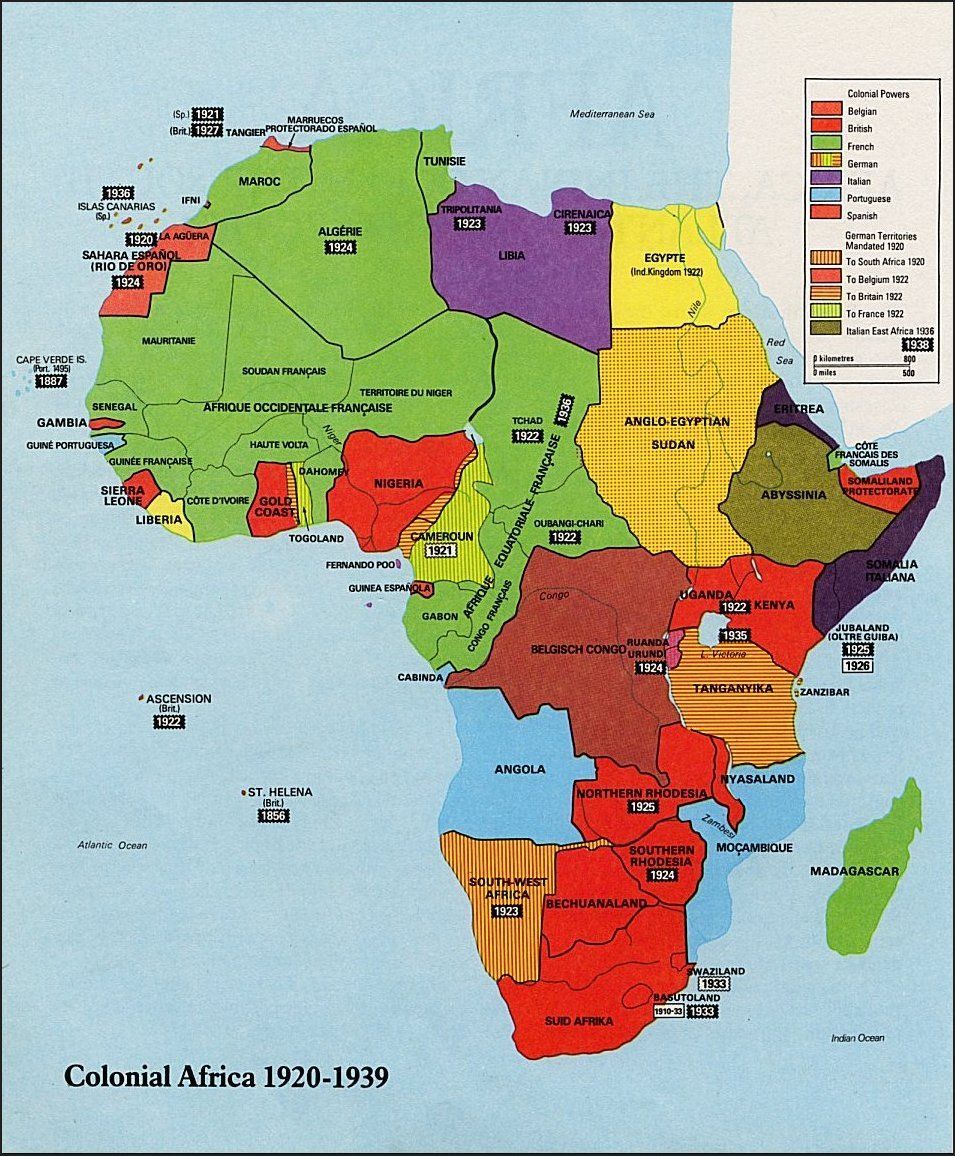 In 2014, after I published my report about Namibia, exposing the German ‘semi-denial’ that it had committed a Holocaust in its former Southwest African colony; a renowned German university sent me a letter. I paraphrase here, but the essence of the letter is kept intact:

“Dear Professor Vltchek, we are impressed by your research and your conclusions, and we would like to translate and publish your groundbreaking analyses in German language. Unfortunately, we cannot afford any payment…”

It was one of the major universities in the country, with tremendous budgets and an international reputation.

I replied, asking why, with all those scholars and academics, with PhDs and experts, they had never sent a team of experts to Namibia, to investigate one of the most horrid crimes committed in the 20th Century? I wanted to know, why they would suddenly want to rely on the work of a foreigner, an outsider, an internationalist who refuses to call himself an academic (for me it is now a totally discredited term)? Murdering the Herero and Nama people in Southwest Africa by Germans was, after all, the key for comprehending what happened several decades later, in Europe itself, during the Holocaust that Germany went on to commit against the Jewish and Roma people.

The university never replied. I suppose they sensed that I was ‘dragging them’ into some extremely dangerous waters. They did not want to ‘be there’; they preferred the safe, calm waters, where some foreign left-wing intellectual writes something, they translate and publish it, putting a disclaimer that this doesn’t necessarily reflects the position of their respected journal and the university. As far as they were concerned, taboos should remain taboos, and the dunes of Namibia should be stirred just a little bit, for a limited intellectual discussion only. No storm, please!

It doesn’t take rocket science to discover what I did in Namibia. There, I met common people, in slums and universities. I met UN experts and Namibian government officials. I undusted various archive documents. I consulted scholars in neighboring South Africa.

In Africa, Namibian history is no secret. Nothing is taboo. This is what is common knowledge in Windhoek or in Cape Town in neighboring South Africa:

The Germans drove into the desert, and then exterminated, over 80% of the entire nation – the Herero. The Nama people lost around 50% of its population. The concentration and extermination camps were built; monstrous medical experiments on human beings were perpetrated. German ‘doctors’including those who were working on ‘the pure race doctrine’ in Namibia (the doctrine later used by the Nazis in Europe), subsequently ‘educated’ many German racist physicians, including the notorious ‘Angel of Death’ – Mengele. The most notorious doctor, who experimented on human beings in Africa, was Eugen Fischer.

Not surprisingly, the first German governor of the colony was the father of Hitler’s deputy, Herman Goering.

Almost the official, and a thousand times repeated lie related to the birth of German Nazism, a lie that is even taught in many European schools, would easily collapse like a house of cards if Namibian history were to get closely examined. The lie, in different variations, sounds like this: “Germany, deeply humiliated after WWI, facing terrible economic crises, suddenly went amok, got radicalized and ended up bringing extreme-right nationalist bigots to power.”

Do you recall the official Western line about a ‘peaceful Germany, a land of scholars and philosophers; a nation which shocked itself and the world, by suddenly turning to extreme violence and mass murder, abandoning its noble traditions?’ Such reasoning would stand only if the Others (non-white, non-Europeans), were not considered as human beings.

The Namibian holocaust (but also to some extent, the mass murder that Germany committed against the people of today’s Tanzania) shows that Germany clearly has a history of genocidal behavior, and that it committed, in the 1930’s and 1940’s, on its own continent, precisely what it had been doing much earlier, in Africa.

Obviously, all that was not just about Nazism (there were no Nazis yet, during the holocaust in Africa), but about the entire culture and mindset of the German people.

Fortunately, the silence has not been complete. Two monstrous events have been compared and linked together. Sporadically, the truth about the Namibian horror past has been appearing, even in the mainstream press.

On 21 October 2012, the Canadian daily newspaper, The Globe and Mail, reported:

“In the bush and scrub of central Namibia, the descendants of the surviving Herero live in squalid shacks and tiny plots of land. Next door, the descendants of German settlers still own vast properties of 20,000 hectares or more. It’s a contrast that infuriates many Herero, fuelling a new radicalism here.

Every year the Herero hold solemn ceremonies to remember the first genocide of history’s bloodiest century, when German troops drove them into the desert to die, annihilating 80 percent of their population through starvation, thirst, and slave labor in concentration camps. The Nama, a smaller ethnic group, lost half of their population from the same persecution.

New research suggests that the German racial genocide in Namibia from 1904 to 1908 was a significant influence on the Nazis in the Second World War. Many of the key elements of Nazi ideology – from racial science and eugenics, to the theory of Lebensraum (creating ‘living space’ through colonization) – were promoted by German military veterans and scientists who had begun their careers in South-West Africa, now Namibia, during the genocide…”

In Windhoek, the capital of Namibia, a European expert working for the UN, a friend of mine, spoke to me, like almost everyone there, passionately, but without daring to reveal her name:

“The first concentration camps on earth were built in this part of Africa… They were built by the British Empire in South Africa and by Germans here, in Namibia. Shark Island on the coast was the first concentration camp in Namibia, used to murder the Nama people, but now it is just a tourist destination – you would never guess that there were people exterminated there. Here in the center of Windhoek, there was another extermination camp…”

Acknowledging its crimes against the Jews (but not always against the Roma people), Germany maintains as monuments, all former concentration camps, including Buchenwald and Dachau. But there is absolutely nothing it does to honor the memory of its victims in other parts of the world, particularly Africa.

Racism is one of the essential characteristics of Nazism. Isn’t it a clear expression of racism to treat the victims of the same crime differently, simply because of the color of their skin?

Now the Namibian people are suing Germany in a court in New York City.

For years, the Namibian government has been negotiating at least for the return of all skulls of the local people, which were used in German laboratories and by German scientists to prove the superiority of the white race, as well as ‘sub-humanness’ of other races, including the blacks. German colonialists decapitated countless Herero and Nama people, and at least 300 heads were transported to German laboratories for ‘scientific research’. Many were later ‘discovered’ in the Medical History Museum of the Charite hospital in Berlin, and at Freiburg University.

Insults were added to injury. Until now, the German settlers enjoy a repulsively lavish lifestyle on land that was stolen from the Herero and Nama people. Many descendants of the victims of the Southwest African holocaust are now living in overcrowded slums. 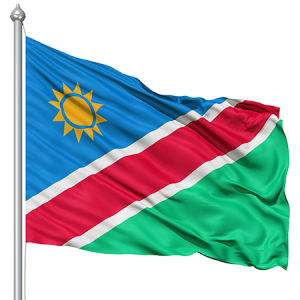 German and other Central European tourists are ‘in love with Namibia’; for its dunes, spectacular and pristine coast, as well as for the white German enclaves. I asked several of them about the past. Most of them did not know and seemed not to be interested to learn.

But the world may ‘discover’ the Namibian past, very soon, as Western imperialism is crumbling and oppressed people are rising to their feet.

The US courts may not resolve much, but what is happening there is symbolic, and just a beginning.

“US District Judge Laura Taylor Swain presided over the one-hour hearing in a New York federal court but concluded the session by saying that she would not rule immediately. She also did not set a date for a decision.

The German government wants the lawsuit thrown out on the grounds of state immunity from prosecution. The Herero and Nama groups are seeking reparations for the genocide of their peoples under German colonial rule…

The Herero and Nama people brought the class-action lawsuit last year, seeking reparations over the tens of thousands killed in the massacres.”

There will be no easy victory for the Herero and Nama people. They have no lobby in the United States, and even back in Namibia, they are poor. They own no international media, no international banks or corporations.

But they are right in demanding justice!

“The European colonial powers imposed their dominance over other peoples through war and terror and committed violence on a vast scale. Their actions constitute the war crime of aggression and crimes against humanity, murder assault and slavery. Many of those nations are still trying to escape and recover from the occupation and destruction imposed on them and should be compensated by those colonial powers for the damage done. Meaningless apologies are not enough. There is legal precedent for the requirement that the colonial powers pay reparations to those peoples as Germany had to do regarding its genocide against the Jews. The determination of the amount and in what form it should be paid would be a contentious issue but the victims of colonialism have a moral and legal right to compensation for the crimes committed against them and the lasting damage done.”

Percentage-wise, the Herero and Nama nations lost more people than any other race, nation or ethnic group, during the entire 20th Century.

Without understanding what they suffered, what was done to them, there is no way to understand what took place right before and during World War II.

The entire anti-imperialist world has a clear obligation to support the cause of the Herero and Nama people in their quest for justice. Enough of ‘broken links’ and outright lies. Justice has to be the same for all. Nations that were, or are victims of Western genocides, massacres and colonialist plunder, should unite and declare loudly and clearly: “Never again!” 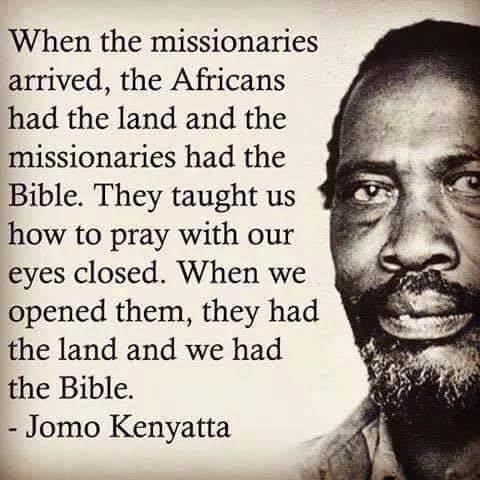 About the author: Andre Vltchek is philosopher, novelist, filmmaker and investigative journalist. He’s a creator of Vltchek’s World in Word and Images, and a writer that penned a number of books, including Revolutionary Optimism, Western Nihilism. He writes especially for the online magazine “New Eastern Outlook.” 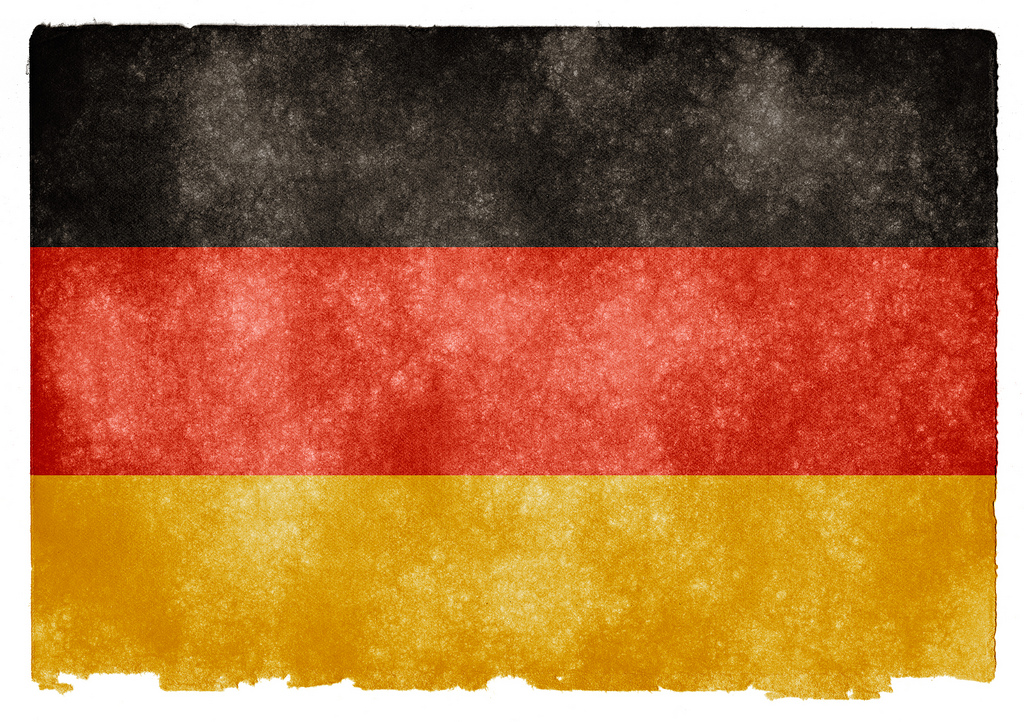