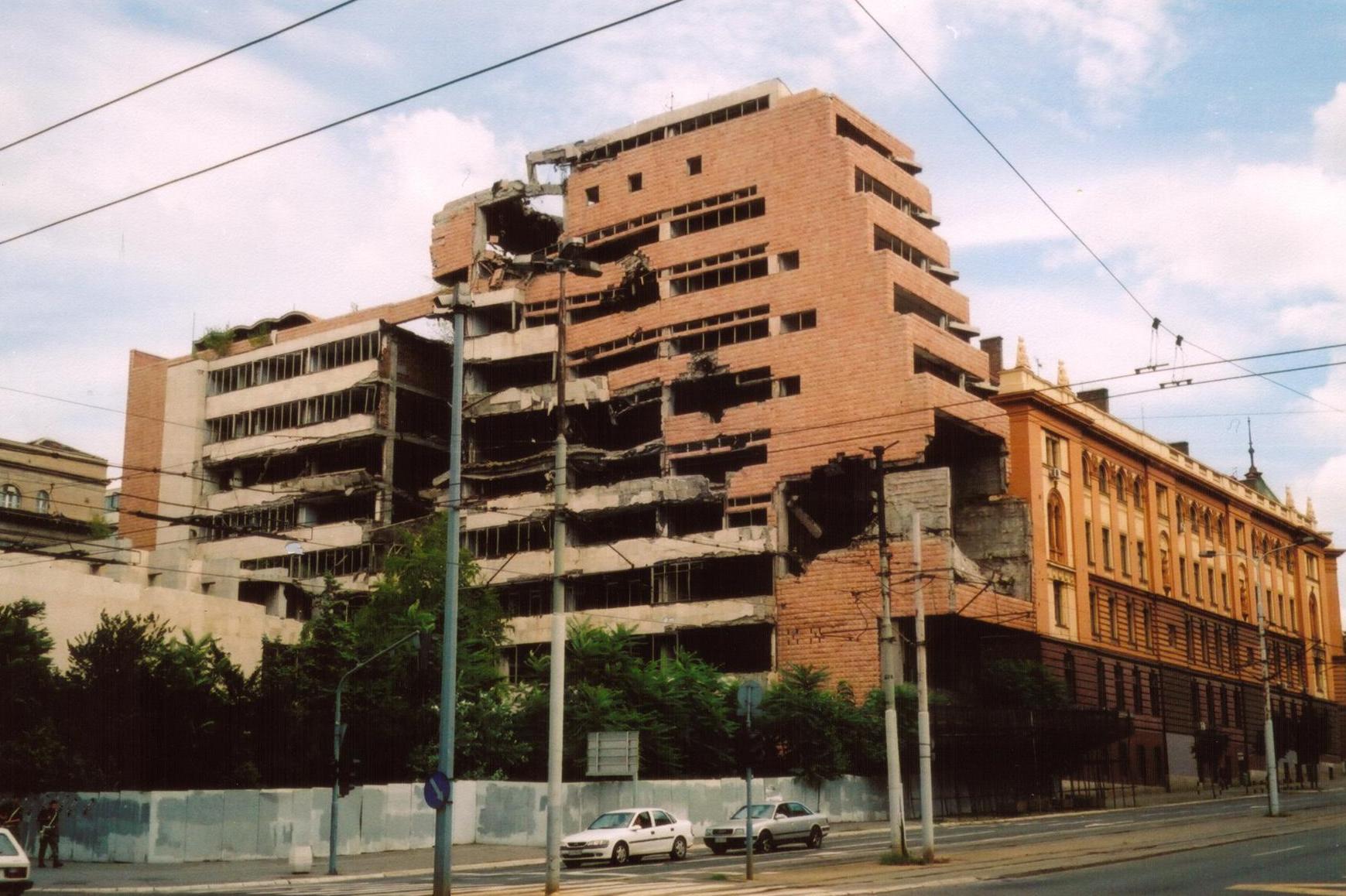 Seventeen years ago today, on March 24, 1999, NATO began a 78-day deadly and devastating U.S.-backed intervention of Yugoslavia. It was the first time in history that the North Atlantic Treaty Organization decided they would attack a country without the approval of the U.N. Security Council.

Nineteen countries took part in the aggression led by the United States that was supposed to stop the repressive activities of the Slobodan Milosevic government and to establish a framework for its Southern province, Kosovo, under international law. Milosevic was president of Serbia from 1989 to 1997, and of Yugoslavia from 1997 to 2000.

The attack was carried out under the former U.S. President Bill Clinton’s administration and the rationale that it would prevent a “humanitarian disaster in Kosovo,” a “genocide of Kosovar Albanians“ caused by Milosevic and “comparable to Nazi atrocities in the Second World War.”

It was not the first, nor the last time, in subsequent years in different parts of the globe that U.S.-backed interventions would be initiated under the premise of a “preventive war.”

In the case of Yugoslavia, various parties later agreed that the alleged “genocide” never happened and that instead it was just another excuse to dismantle the socialists as well as federal dimensions of a unitary Yugoslav state and to break the country into ever-smaller pieces by bombing its people into submission.

This way, NATO’s bombing caused a much larger catastrophe than it averted.

The illegal bombing destroyed and damaged 25,000 homes, 300 miles of roads and close to 400 miles of railways. Many public buildings were damaged, including 14 airports, 19 hospitals, 18 kindergartens, 69 schools, 176 cultural monuments and 44 bridges.

The attacks killed at least 5,000 people (some sources claim it was closer to 18,000), injured 12,500, and left the area contaminated with depleted uranium, a chemical element internationally banned which to date is still causing childhood cancer rates to spike all over the Balkans.

The bombing of Yugoslavia was made possible by a number of public lies which were spread in an attempt to justify intervention into an internal conflict, which was eventually exploited by foreign powers to advance policy goals.

In 1999, Kosovo was a region of Yugoslavia where ethnic Albanians were the majority. And because Kosovo was part of Yugoslavia, the U.S.-backed NATO campaign violated international law.

While the U.S. government claimed that negotiations on Kosovo with Milosevic had failed and that the ongoing discrimination against Kosovo Albanians represented genocide, later statements by then Secretary of State Madeleine Albright proved that there were no negotiations.

The U.S. gave Milosevic an ultimatum, telling him, firstly, to grant autonomy to Kosovo. Secondly, to allow NATO to station 30,000 ground troops in Yugoslavia and, lastly, to allow a NATO-conducted referendum for Kosovo’s independence from Yugoslavia.

Milosevic made it clear that he would not allow a foreign-occupying army in Yugoslavia because it would be a gross violation of the country’s sovereignty and their independence.

Myth 2: Milosevic, a Danger that Needed to Be Stopped

It was well understood by NATO leadership that the bombing was not a response to the huge crimes in Kosovo, but rather their cause.

At the time bombing started, there were two potential diplomatic options for discussion, which included two proposals. One by NATO and another by the Federal Republic of Yugoslavia.

As Noam Chomsky once explained, “After 78 days of bombing, a compromise was reached between them, suggesting that a peaceful settlement might have been possible, avoiding the terrible crimes that were the anticipated reaction to the NATO bombing.“

The Bill Clinton administration was also wildly inconsistent in its practice of humanitarian interventions. The U.S. launched two military campaigns against Serbia while ignoring more widespread slaughter in Rwanda or justifying the Russian assault on Chechnya during the same period of time. 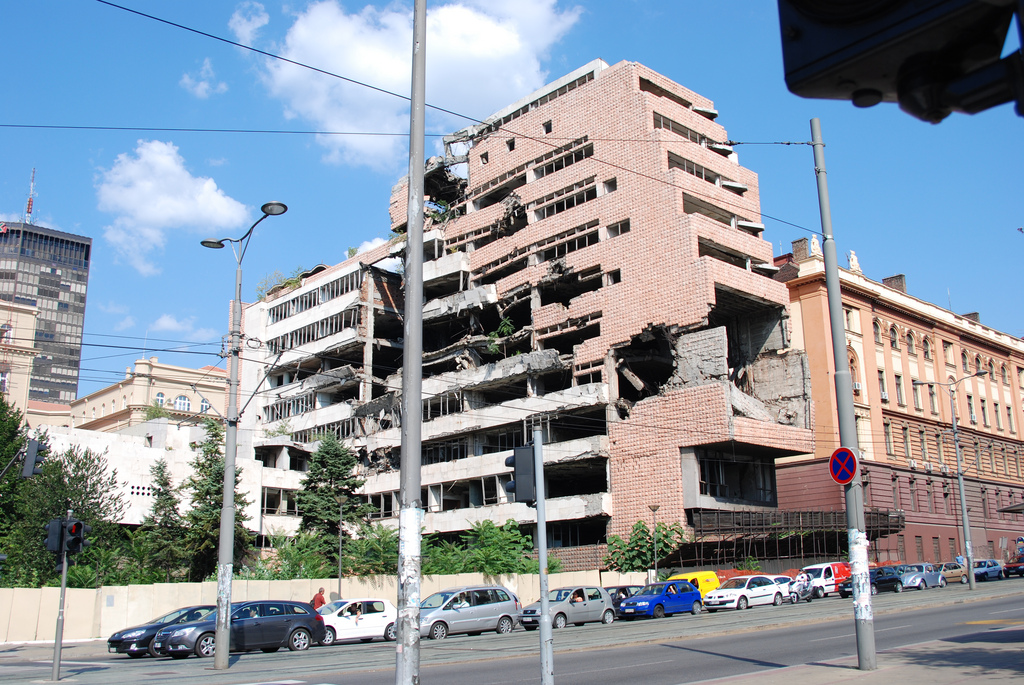 A United Nations court has ruled that Serbian troops did not carry out genocide against ethnic Albanians during Slobodan Milosevic’s campaign of aggression in Kosovo from 1998 to 1999.

John Norris, who was Deputy Secretary of State Strobe Talbott’s communications director during the Clinton Administration wrote a book in which he explains the real purpose of the war from his point of view. Norris explains that the bombing had nothing to do with concern for Kosovar Albanians.

The U.S. decided to bomb because Serbia, the last corner of Europe which had not subordinated itself to the U.S.-run neoliberal programs, and which was not carrying out the required social and economic reforms.

The Kosovo Liberation Army was an ethnic-Albanian “paramilitary organization” that sought the separation of Kosovo from Yugoslavia.

Before the bombing there had been killings on both sides which were distributed between the KLA attacking from Albania and the Yugoslavian security forces.

In 1998, the KLA was considered a terrorist organization by the U.S., but one year later the CIA financed them, while Albright offered them training in the U.S. “in order to get the Albanians’ … acceptance (of the peace plan),” and in hope to transform the KLA “from a guerrilla group into a police force or a political entity, much like the African National Congress did in South Africa.”

NATO’s illegal intervention revealed the dangers of “humanitarian imperialism” and how the criteria permitting such interventions have become more self-serving both in Yugoslavia and in Afghanistan and Iraq. 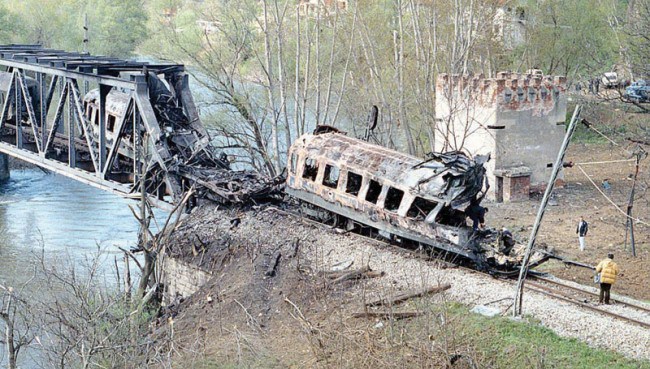