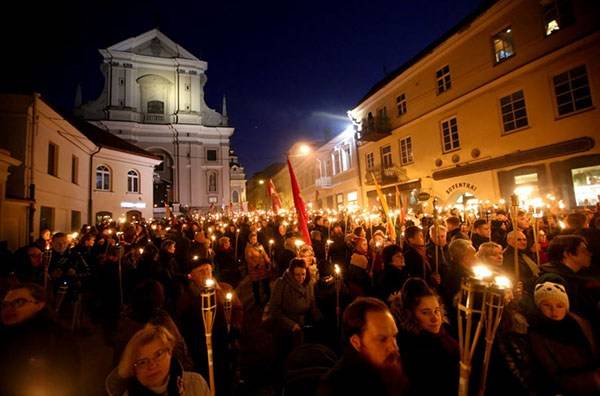 I am surrounded by sea of people, all marching with torches. A chant begins: Lye Tu Vah! Lye Tu Vah! Lye Tu Vah! The chant becomes a roar and then dies away. It is patriotic Lithuanians shouting out the name of their country as they march through the streets of their capital city, Vilnius. We are celebrating the 101st anniversary of the restoration of Lithuania as an independent state. I feel a great surge of emotion as I join the chanting, swept away by the love these people feel for each other and for their land.

We march to Cathedral Square, where there must be 100,000 people gathered in the cold to celebrate Independence Day with an outdoor concert of patriotic music that begins with the national anthem. All ages are here, from grandmothers to toddlers, adorable in their onesie snow-suits, waving tiny Lithuanian flags. Later I go with Lithuanian nationalists to a bar where there is mead on tap; my hosts sing patriotic songs late into the night.

This was my first torchlight parade, and my first independence-day celebration with European nationalists. It was a stirring, unforgettable occasion.

I was invited to Vilnius by a youth organization called Kryptis. On February 15, I spoke at a conference of identitarians from Poland, Germany, Ukraine, Britain, the United States, and Lithuania. It was a very successful first international conference for Kryptis, but the highlight was the march. Torchlight parades are an increasingly prominent nationalist gesture in Europe, but in some countries they are frowned on as jingoistic or even “neo-Nazi.”

This was Kryptis’ second march. Last year, the march was a wild-cat celebration with no official recognition, but it attracted about 300 people. This year, Kryptis had government permission, and the march was led by a police vehicle and a large banner that read “Lithuania is Here.” Kryptis shared sponsorship with a conservative Catholic organization, and the two groups prepared about 1,400 torches. All were taken and lit, and many people joined without torches. Kryptis was delighted with the turnout, and expects many more participants in what will become an annual tradition.

My hosts had invited foreign visitors to carry their own flags. Nationalists understand that it is not a sign of disrespect to carry the flag of Flanders or Brittany or Wales in someone else’s national parade. People who carry torches are part of a genuinely pan-European nationalism that recognizes the beauty of all European nations and regions. They share a passion for the preservation of all identities.

Of all the flags of the world, I wondered which one I could carry with real commitment. Not the one worn by the soldiers of “regime change” in Syria, Iraq. Not the one that has been irretrievably tarnished by “diversity.” I asked my hosts if they would welcome a Confederate Battle Flag. They said they, personally, would be delighted, but that the foreign media would call it a symbol of “racism.” I carried only a small Lithuanian flag, one of hundreds a pretty girl was handing out.

This was my first trip to Lithuania. Vilnius is a lovely European capital, with a historic center of cobbled streets and handsome buildings. One of the first things any American—racially conscious or not— will notice is how overwhelmingly white it is. I have been here three days and seen only one non-European: an African in my hotel.

Vilnius is famously safe at all hours of the day. Despite the masses of people in Cathedral Square, there were hardly any police. An American crowd of even one tenth the size would have had to be protected from itself with a huge armed force—and rival gang members might still blaze away at each other. In Germany or France, the streets would have to be blocked off to keep Muslims from driving trucks into the crowd.

In Vilnius, the only concern seemed to be supplying enough port-a-potties. The Lithuanian police trust their people to be orderly, polite, and considerate.

I remember 1990, when Lithuania became the first of the Soviet Republics to declare independence. I remember feeling envious—yes, envious—of Lithuanians. They were a united people in a nation reborn, with a real chance to forge a destiny. I was losing my nation; they were building theirs.

The 20th century has been a horror for Lithuania: dismemberment by Poland, invasions by Russians and Germans, and brutal Soviet occupation. But this century can be anything Lithuanians make of it.

Not all is well, of course. The economy is booming but wages are still low by European standards. Many Lithuanians are tempted by the flickering foolishness of Hollywood. Talented young people emigrate to Germany, Britain, or even Chicago. Suicide and alcoholism rates are high; birthrates are low. Lithuania is a member of the European Union, and there are bootlickers in government who think modernity means swallowing the multi-culti poisons the EU peddles to its members. Their model is Angela Merkel’s Germany, not Victor Orban’s Hungary.

Like all of Eastern Europe, Lithuania is at a crossroads: will it be seduced by the glitz of the West? Will it adopt Western degeneracy or will it remain true to its identity? Lithuania has survived centuries of partition, occupation, cultural obliteration and repression, but it could be snuffed out by just a few generations of immigration.

Like all identitarian organizations, Kryptis vividly understands what is at stake. They are “a band of brothers, native to the soil, fighting for their liberty with treasure, blood and toil.” Their struggle is our struggle.

About the author: Jared Taylor is the editor of American Renaissance and the author of White Identity: Racial Consciousness in the 21st Century. 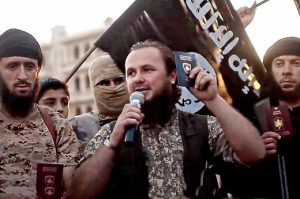 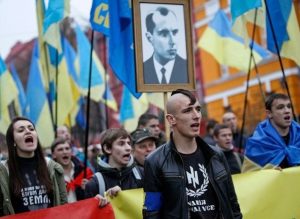 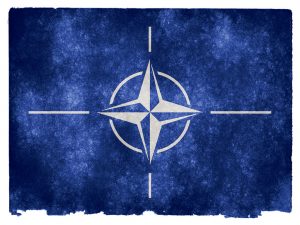