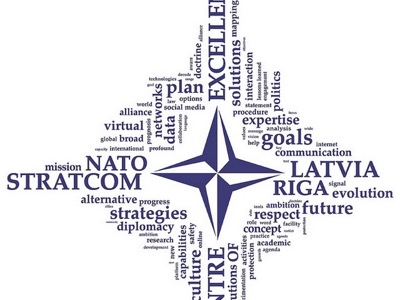 A curious op-ed appeared in The National Interest, penned by Hans Binnendijk and David Gompert, adjunct senior fellows at the RAND Corporation. Titled, “NATO’s Role in post-Caliphate Stability Operations,” it attempts to make a case for NATO involvement everywhere from Libya to Syria and Iraq in fostering stability in the wake of a yet-to-be defeated Islamic State. 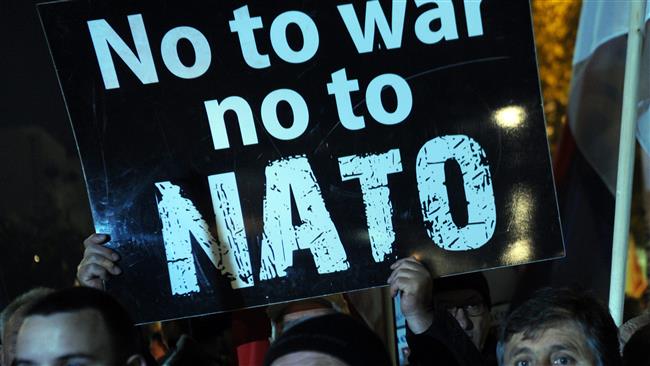 The authors propose that NATO step in to fill what it calls an impending “vacuum left as the caliphate collapses,” heading off alternatives including “chaos or Iran, backed by Russia, filling the void, with great harm to U.S. and allied interests in either case.” The op-ed never explains why Iran, neighboring Syria and Iraq, is less qualified to influence the region than the United States which exists literally oceans away and shares nothing in terms of history, culture, language or shared interests in stability and peace.

The op-ed would literally claim:

NATO is the only security organization with the skills and breadth to take on this task. The U.S.-led anti-Islamic State coalition of 68 partners is ill equipped to engage in this complex task. A more cohesive organization such as NATO should lead, but in ways that allow continued Arab participation. A creative version of the NATO-led International Security Assistance Force (ISAF) coalition could provide the answer.

It was an interesting choice by the authors to showcase one of NATO’s most stupendous and continuing failures in Afghanistan with mention of the ISAF, a force that not only has failed to bring stability to the Central Asia nation in over a decade and a half of occupation, but has presided over the emergence of the Islamic State there where previously it had no presence.

The reality of what NATO is versus what The National Interest op-ed attempts to pass it off as, resembles more of a sales pitch for a shoddy product than a genuine attempt at geopolitical analysis or problem solving. But the truth goes deeper still.

NATO is a Global Wrecking Ball, It Cannot Create Stability

The op-ed focuses primarily on proposing NATO roles for a post-Islamic State Libya, Iraq and Syria.

Libya is perhaps the most tragic of the three, with NATO having used direct military force in 2011 to topple the government of Libyan leader Muammar Gaddafi in support of known extremists passed off at the time by both NATO spokespeople and the US-European media as “moderate rebels.”

The predictable fallout from this military campaign was the collapse of Libya as a relatively stable and unified nation-state into warring factions. The instability became fertile grounds for extremism, with many of the groups backed by NATO evolving into what is now the “Islamic State.”

The National Interest op-ed also makes mention of “Arab participation.” It should be remembered that the most extreme factions fighting in Libya were not only aided by direct NATO military intervention, but were armed and funded by Persian Gulf dictatorships as well, including Qatar and the United Arab Emirates.

A similar pattern of sowing instability has unfolded in Syria, leading to, not averting the rise of the Islamic State.

And Iraq’s instability is a direct and lasting consequence of the US military invasion and occupation of 2003.

Ultimately, what the op-ed calls for is the permanent occupation of the three nations by NATO forces ranging from special forces in Libya to the formal occupation of Raqqa in Syria and Mosul in Iraq.

Interestingly, the op-ed suggests that the NATO occupation force in Syria should not only be used to combat the Islamic State, but to also deter “Syrian military thrusts,” referring to the armed forces of the actual and only legitimate government in Syria.

This last point exposes fully what NATO is really interested in, and what this sales pitch is really advertising. NATO is not in MENA to defeat the Islamic State, it is merely using the Islamic State as a pretext to project Western hegemony across the region.

This NATO strategy cannot, and should not be expected to, settle the Syrian civil war, bring ethnic and sectarian harmony to Iraq, or create an effective Libyan state. What it could do is create conditions of stability in which lasting solutions at least have a chance. It can do so only if the U.S. is ready to call upon NATO to join it in filling the post-ISIS void and for the European allies to answer that call.

Certainly, NATO’s presence in Syria, Iraq or Libya will not bring any sort of stability. NATO has proven its absolute inability to achieve this in its 16 year occupation of Afghanistan. Claiming NATO occupation will “create conditions of stability in which lasting solutions at least have a chance” is merely NATO’s way of ensuring no matter how the chaos it itself has created across MENA, it will hold a stake in the outcome if for no other reason because it has literally taken and occupies territory within the post-war region.

It is interesting that the Islamic State rose in the wake of US-led, NATO-backed violence stretching from North Africa to Central Asia and only began to suffer setbacks upon greater and more direct Russian and Iranian intervention.

The bombing of Islamic State and Jabhat Al Nusra logistical lines emanating from NATO-member Turkey’s borders by Russian warplanes, for example, inevitably led to huge gains by the Syrian Arab Army including the eventual liberation of Aleppo, the containment of Idlib and a significant retraction of Islamic State-held territory in eastern Syria.

The torrent of supplies feeding Islamic State and other fronts of extremist militancy flowing from Turkey is the admitted result of Persian Gulf sponsorship, which in turn, serves as an intermediary for US and NATO support for what the US Defense Intelligence Agency called in 2012 (.pdf) a “Salafist principality.”

The specific purpose of this “Salafist principality,” admittedly backed by Persian Gulf dictatorships, Turkey and what the US DIA refers to as “the West,” was to “isolate the Syrian regime.”  Clearly then, were NATO genuinely interested in defeating the Islamic State and undoing the damage it has done, it would begin by withdrawing it and its allies’ own support of the terrorist organization in the first place.

In short, if NATO truly wants to create stability across MENA, it merely needs to stop intentionally sowing instability.

Of course, a unilateral military bloc intentionally sowing chaos across an entire region of the planet is doing so for a very specific purpose. It is the same purpose all hegemons throughout human history have sought to divide and destroy regions they cannot outright conquer. A destroyed competitor may not be as favorable as a conquered, controlled and exploited competitor, but is certainly preferable to a free and independent competitor contributing to a greater multipolar world order. NATO, by embedding itself amid the chaos it itself has created, as it has proven in Afghanistan, only ensures further chaos.

Within this chaos, NATO can ensure if its own membership cannot derive benefit from the region, no one else will. A call like that featured in The National Interest for NATO to bring “stability” to the MENA region stands in stark contrast to the reality that everywhere NATO goes, chaos not only follows, it stays indefinitely until NATO leaves.

The best thing NATO can do for stability across MENA is to leave.

About the author: Ulson Gunnar is a New York-based geopolitical analyst and writer especially for the online magazine “New Eastern Outlook”.