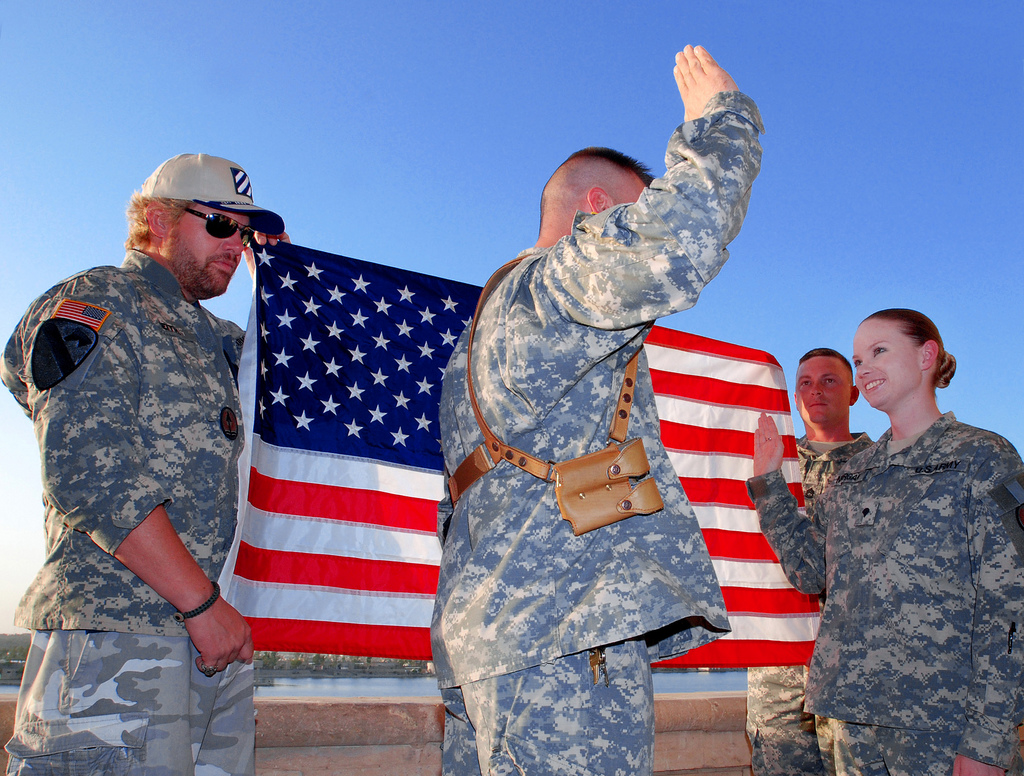 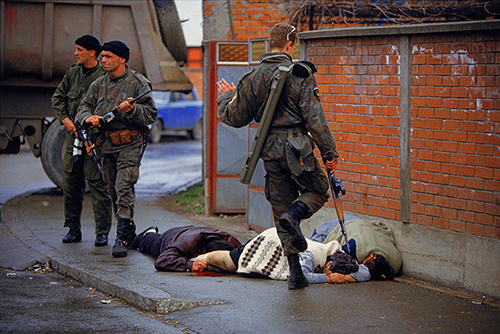 Bijeljina, Bosnia in 1992: Serb Volunteer Guard (Arkan’s Tigers) led by Željko Ražnjatović Arkan after the action of “cleaning the town from the Muslim jihadists” (official Arkan’s explanation). The victims are local Muslim family members. The guard was composed by volunteers of all moral kinds being independent on the front line and in fact waging its own private war. Bosnia is a neighbouring republic to Serbia with 1/3 of Serbian population. Bosnian Muslims (Bosniaks) and (Roman Catholic) Croats committed terrible crimes of genocide against the local (Orthodox) Serb population during the WWII (the so called Magnum Crimen) while during the WWI soldiers from Bosnia, Croatia and Slovenia in the uniforms of the Austria-Hungary invaded and occupied Serbia. The Bosnian-Herzegovinian (Muslim) Government from the very beginning of the proclamation of Bosnia-Herzegovinia’s independence continued with the policy of the WWII genocide against the Serbs. A total number of victims in Bosnia-Herzegovina in 1992-1995 was 98.000 including all nationalities

Vietnam, Asia in the 1960s: Regular army of the USA after the action against local peasants. In Vietnam never was living any American minority community and the country is on different continent in comparison to the USA having the whole ocean between them. Vietnam never was in war with the USA and Vietnamese people never committed any crime against the American people. However, the regular US Army invaded and occupied part of Vietnam in the 1960-1970s committing terrible crimes of genocide against the local civilians. A total death toll of civilian population in the North Vietnam is 587.000