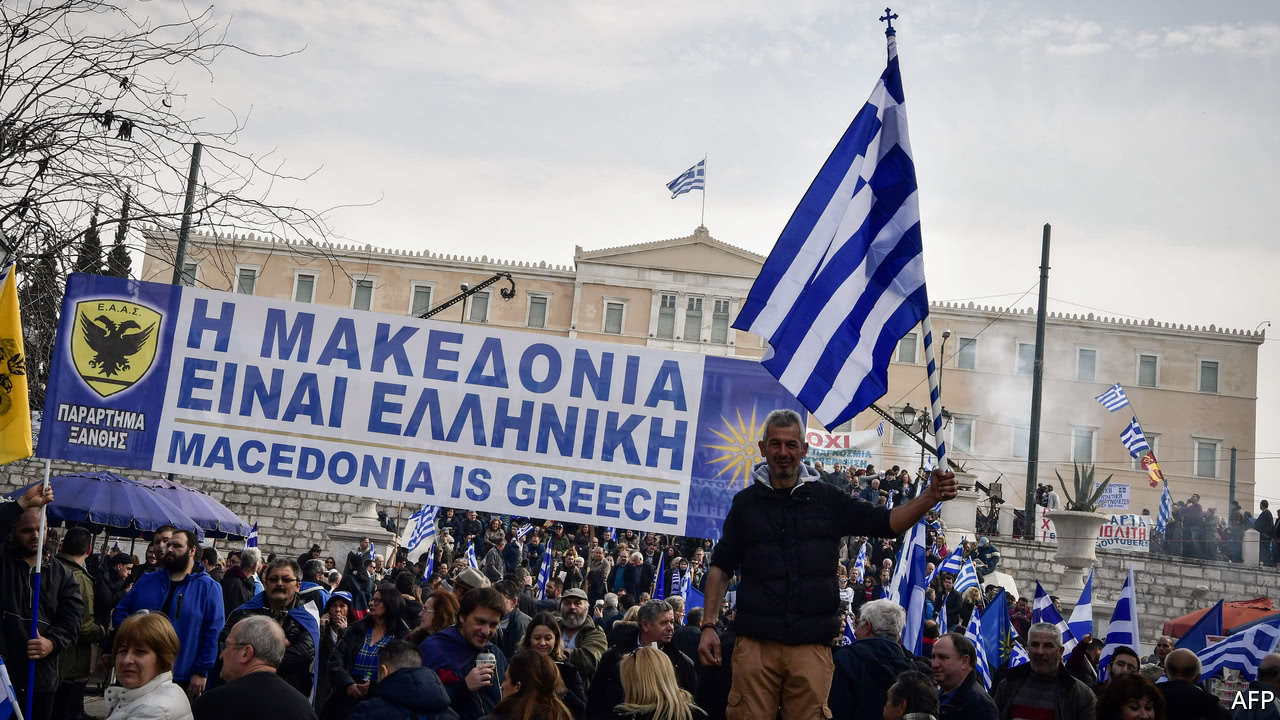 These coming days, the final result of the inter-state negotiations between the Former Yugoslav Republic of Macedonia (FYROM) and Greece about the official and internationally used state’s name of the former is to be announced. According to many unofficial sources, most probable new state’s name of FYROM is going to be the Republic of North Macedonia but other options like the Republic of Ilinden Macedonia are also circulating in mass media. Here, it is worth to remember some of the aspects of historical disputes over the “Macedonian Question”. 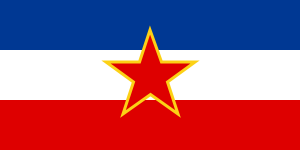 The focal Greek accusation of Yugoslav Macedonian policy after the WWII was that the recognition of Yugoslav Macedonians as a separate ethnolinguistic nationality was a tool for the creation of a Greater Yugoslavia of a communist dictator Josip Broz Tito – a country which had to dominate in the Balkan affairs. Yugoslav post-1945 policy of the recognition of Slavo- Macedonians as a separate ethnolinguistic entity was extremely important for Athens as the creation of the separate (socialist) political unit (republic) of Macedonia within a Yugoslav federation had its irredentist implications for the territorial integrity of Greece. The crux of the matter was that Yugoslav authorities as have been ideologically backed by the inter-war Comintern’s attitude and politics that Slavo-Macedonians were a separate nation which as such deserved its own united national state claimed after 1945 that a Macedonian diaspora living outside of Yugoslavia (in Greece and Bulgaria) has to be incorporated into the “motherland” – a Yugoslav Macedonia. Therefore, socialist Yugoslavia indirectly claimed parts of Bulgaria and Greece that was seen by both Sofia and Athens as a policy of the creation of a Greater Yugoslavia at the expense of the territorial integrity of Bulgaria and Greece – two countries which never recognized the existence of any “Macedonians” on their state’s territory.

Bulgaria, nevertheless, is not recognizing the existence of “Macedonians” at all, treating them as ethnolinguistic Bulgarians and henceforth claiming that a historical-geographical region of Macedonia belongs to Bulgaria. According to an American professor of political sciences, Alex N. Dragnich, Macedonia became a separate Yugoslav republic for the sake to beat Bulgarian irredentist propaganda by Yugoslav authorities but as well as in order to satisfy at least some territorial claims by Macedonian communists within the Communist Party of Yugoslavia. Nevertheless, such Macedonian policy of Yugoslav post-WWII authorities made Yugoslav Slavo-Macedonians to be one of the most satisfied Yugoslav ethnic groups.[1]

It is a matter of fact that а Slavic speaking minority in North Greece is seen by Athens either as the “Slavophone Greeks” or the “Slavic speakers of Bulgarian origin” but surely not as the “Macedonians”. According to а Greek point of view, а term “Macedonia” can refer only to the land of North Greece and, therefore, the usе of this term for one of six Yugoslavia’s socialist republics after the WWII was a Yugoslav communist plot to annex the region of North Greece to a Greater Tito’s Yugoslavia.[2]

For the matter of better clarification of the issue, the term “Macedonia” was used to designate a separate republic as a national state of quasi-ethnolinguistic “Macedonians” when the communist leader of Yugoslavia Josip Broz Tito (1892−1980) established Macedonia as one of six Yugoslav socialist republics in 1945[3] and, therefore, Macedonia became a separate political-territorial entity for the first time in modern history. It was followed by the official recognition of Macedonians as an independent ethnic, linguistic and national subject, regardless to the very fact that a Macedonian national (self)identity was extremely problematic, disputed and ambivalent. It is true that the population of historical-geographical Macedonia did not always have a Macedonian national consciousness. The Slavs of Macedonia traditionally have been either without some exact ethnonational name or being self-identifying themselves as the Bulgarians. However, from the late-19th century, due to both Bulgarian and Greek political propaganda efforts, a Macedonian regional identity started to be developed but from 1945 became simply transformed into the ethnonational identity within the borders of ex-Yugoslavia. That is how today we have the “Macedonians” as an ethnolinguistic nation which is even internationally recognized as such by many political and academic authorities.

A Macedonian state is fairly young and a Macedonian nationality is recently created in comparison to other Balkan cases. A Macedonian identity is, as all other national identities, a product of imagined community[4] and, therefore, a Macedonian national identity has been constructed in an equal way as, for instance, a Greek national identity, just rather later on.[5] If we accept a leading Western (German) theory of the Slavic origin, the Slavs have been living since the end of the 6th  century on the territory of Macedonia while the Macedonian national identity started to be developed only from the late 19th century. It is a historical fact that Slavo-Macedonian populated territories had always been part of other states like Bulgaria, Byzantine Empire, Serbia, and Ottoman Empire. Among all Yugoslavia’s provinces, Macedonia was longest occupied by Ottomans – from 1371 to 1912. After the collapse of ancient Kingdom of Macedon, Macedonia as an independent state appeared only in 1991 (like Slovenia as well) but having nothing in common with the previous one except having the same state-name. Subsequently, a modern Macedonians are historically a “stateless ethnic group” (and, therefore, not a nation from the Western point of view) like many other Balkan ethnic groups like Gypsies or Vlachs. For that reason, three Balkan national states rather divided the territory of historical-geographic Macedonia in 1913 than to support the creation of a new Balkan independent state which would not have any historical background of the existence. However, a socialist Yugoslav historiography, for the very political purposes, reinterpreted the Balkan medieval history in order to overcome a very bad reputation of Yugoslav Macedonians as the “stateless ethnic group” but not a historical nation. As a result, a (quasi) Macedonian national state was found in the Empire of Samuel which existed as a state from 976 until 1018 when it was conquered by Byzantine Emperor Basil II.[6] 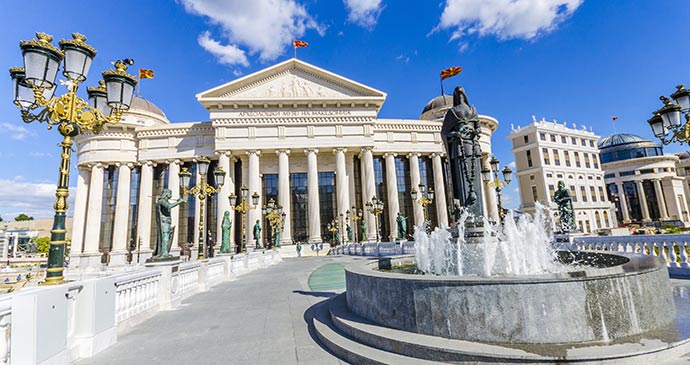 The foundation for such Yugoslav and present-day Macedonian claim was a self-constructed interpretation that the subjects of Samuel’s state were the “Macedonians” regardless on historical fact that all Byzantine and other sources of the time were clearly calling this state as of Bulgarians.[7] Even a Byzantine Emperor Basil II after the final victory over Samuel took for himself an official title of the “Killer of Bulgarians” rather than of Macedonians. Furthermore, after the occupation of the territory of the Empire of Samuel, „Bulgaria once more became an integral part of the Byzantine Empire and was divided into ‘themes’”[8] (the Byzantine administrative provinces), but no one of them was named “Macedonia” while the biggest of them, established on the central territory of ex-Empire of Samuel, with its administrative centre in Skopje, was named as Bulgaria.[9]

It is quite understandable, henceforth, that Bulgarians see the Empire of Samuel as a part of the history of Bulgaria and Bulgarian people as their claims that Samuel was a Bulgarian and ruler of a Bulgarian state are founded on the number of historical sources of the time. Nevertheless, FYROM Macedonians base their claim on the Macedonian character of the Empire of Samuel on the fact that the capital of this state was Ohrid, a city located on present-day FYROM (on the very border with Albania), whereas the medieval Bulgarian rulers administered their state traditionally from Preslav in Bulgaria.[10]

[10] Short History of Macedonia at: 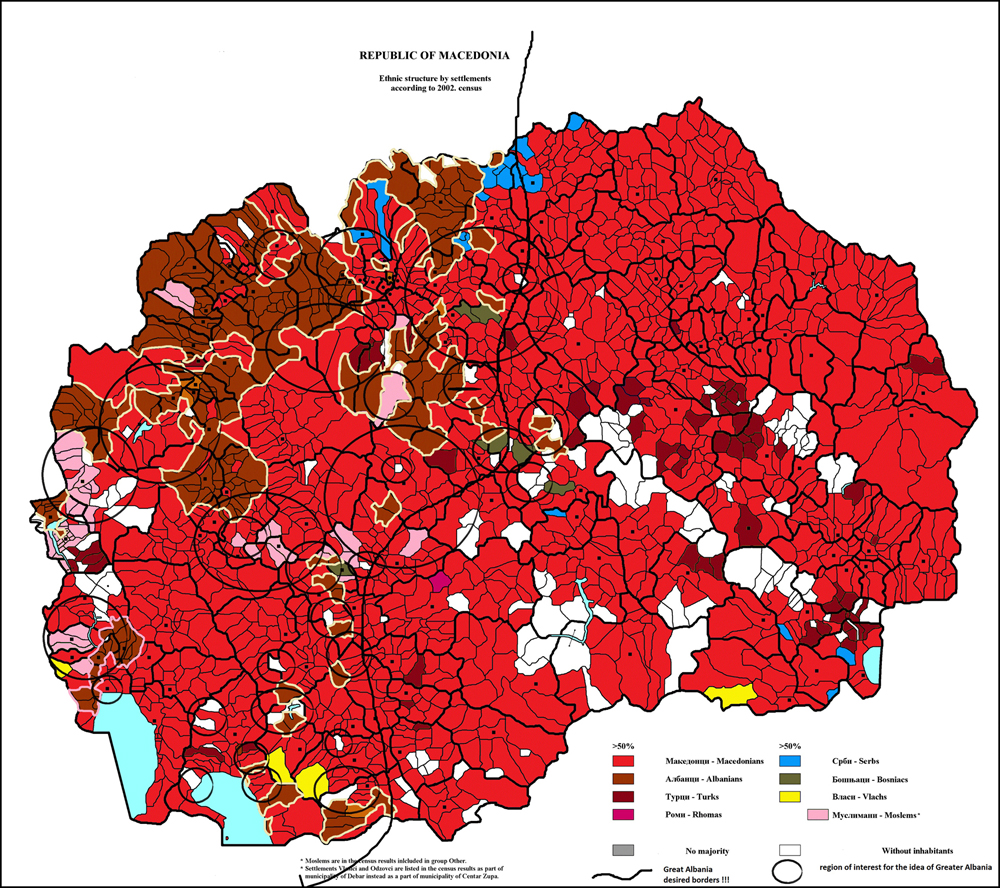