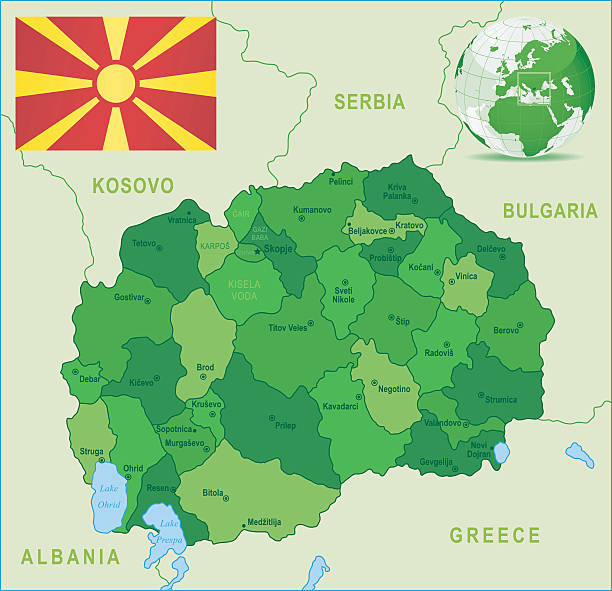 West Rules Macedonia (FYROM) as a US-EU Protectorate, To Put a Check on Russian Influence in the Balkans

A year ago, at a closed-doors meeting between the USA and EU officials and the leaders of the four major parties of FYROM in Strasbourg, a route map for the resolution of the protracted political crisis was agreed on (or rather imposed). The roots of this political crisis are to be found outside FYROM: it is actually more a confrontation by proxy between “the West”, which supports the opposition, and Russia, which is trying to maintain its influence in the region. In conjunction with the public discontent at government policies and the escalating corruption, the negotiations have contributed to sharpening the crisis, which has become acute.

The route map imposed on the closed-doors meeting between US representatives and the EU and local political leaders was supposed to lead to elections in April 2016. But the elections were postponed to 5th June 2016, in order to be “better prepared”. As it turned out, the elections were not held on 5th June either. They were postponed once again, thanks to intervention by the same people who had insisted in the first place on their being held: the representatives of the USA and EU representatives. Given that the process did not develop in the way intended, the “Westerners” instructed their local gatekeeper parties not to participate. The result was that that only one group of parties met the deadline for registration: the coalition supporting the current government.

Directly after this, the declarations and warnings started:

“The government that will emerge from these elections will not be trustworthy. Such a government will not be a reliable partner for discussions with the international community and there will be a setback to the accession negotiations”.

This was the threat issued by M. Kostantich, the EU spokesman. Matthew Nimetz, the UN representative, also said that “it is urgent to form a really democratically elected government, and after that we can resume negotiations on the country’s name …”

The answer from the other side intervening in the region came immediately: “The internal political crisis must be solved without interference from the outside” declared Oleg Shcherbak, Russian Ambassador in Skopje , at the inauguration ceremony of the new Russian Consulate in Ohrid. At the same time, the opening of a new Russian military base in the Serbian Republic of Bosnia – Herzegovina was announced, its declared mission being “confrontation with the spread of jihadism in the Balkans”. Given the on-going demonstrations from the opposition, with the photograph of its leader Zoran Zaev throwing tomatoes at governmental offices being beamed all over the world, the Albanian DUI party (ally of the government and one of the two main parties representing the strong Albanian minority) submitted a proposal for the elections to be postponed once again. It was supported by 96 MPs.

Even the date of the elections is decided outside FYROM

As a condition for the “Westerners” giving the go-ahead for a new date to be set, the US spokesperson Brian Hoyt demanded submission and immediate ratification of new bill that would enable the country’s president Gjorge Ivanov to repeal the pardon he had issued for the 55 former governmental officers charged with wiretapping and corruption, to be submitted and voted on the same day. The demand was also supported by NATO Secretary General Jens Stoltenberg and his German representative in the EU Johannes Hahn, having been imposed, as usual, in a closed-doors meeting of the four parties. The mandate was implemented immediately: President Ivanov has already revoked the pardon to 22 officials, among them former ministers, heads of security and intelligence, general secretaries of government, presidents of Parliament etc.

But the opposition claims that this is not enough. It requests withdrawal of pardon for all 55 of those under indictment. The prime target is Nikola Gruevski, leader of the ruling party and for a decade Prime Minister of FYROM. Meanwhile, the “color revolution” continues. The protests have spread to other cities as well, with dominant slogans “Resign” and “Nikola to prison”. Gruevski himself announced that he has resigned and is not interested in claiming the premiership again. According to reports he is in the process of transferring his bank accounts abroad and attempting to strike a deal that would enable him to flee to Russia, together with the former interior minister, former head of the secret service and four businessmen.

The president of FYROM Ivanov has resigned himself to signing overnight whatever is dictated to him by imperial powers (even if it contradicts what he had signed the day before), at the same time salvaging his national pride with barbed comments against Greece: “The Greeks believe that we will conquer their country with the two helicopters we own.” Moreover, in order to show that FYROM has no intention of doing anything without receiving prior permission from the foreign powers, he is even willing to make himself the butt of his own humour: “NATO has obliged us to change our military action plan seventeen times. After so many changes we are virtuosos: we have been trained in every possible strategy! ”

The incredible (and dangerous) servility of local politicians

The conflict is growing and none of the key players in the geopolitical regroupment that is under way in the region seem inclined to lose their access to any vital sphere of influence. The whole of the Balkans, not just hybrid states or provinces like Kossovo, is evolving into a twofold protectorate. Both governments and oppositions are afflicted by incorrigible servility, clearly eager to link their fate to one of the major foreign players. At every opportunity they affirm their willingness to sell out everything, including the few lingering traces of national sovereignty.

In the NATO Parliamentary Assembly the Albanian Prime Minister Edi Rama declared the immediate necessity for integration of FYROM and Kosovo into NATO, in order to put a check on Russian geopolitical designs in the Balkans. Since May 19 Montenegro has been a signatory to the NATO accession protocol and will participate in all proceedings with observer status. Following ratification of the protocol by the member states of the alliance it is programmed to become the 29th member.

At the same time that all the above was taking place the SEECP (South East European Co-operation Process) was proceeding in parallel. Started in Belgrade in 1996 as an initiative of Greece and Bulgaria, the SEECP’s main goal was, and remains, full European and Euro-Atlantic integration of the whole region. This is taken for granted and not questioned, even in jest by, for example, Greek Foreign Minister Nikos Kotzias, to judge from his statements.

The scene in FYROM and all across the Balkans is clearly reminiscent of older colonial times, when imperialist intervention in what were later called third-world countries was overt in character. But nowadays these interventions are even more dangerous, given the geopolitical conflict among the great powers in the region and the direct link between what is happening in the Balkans and the war in Syria, the chaos in Libya and the wider instability that exists in the environs of Russia and in the wider Middle East. 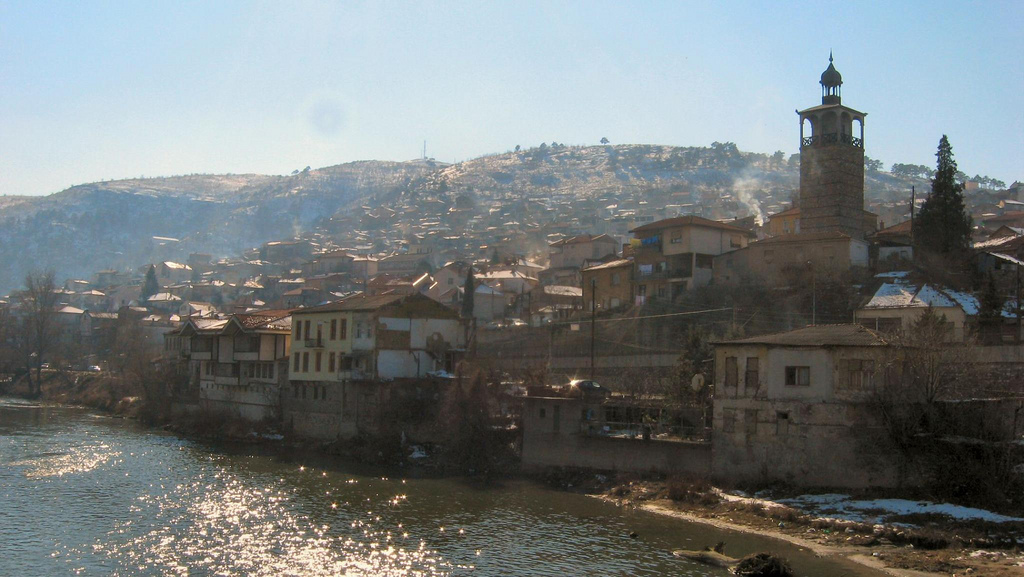 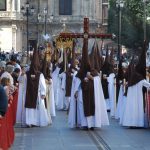 The Ku Klux Klan: America’s Long History of Accepting White Terrorist Organizations
Thursday marked the 150th anniversary of the founding of America’s deadliest terrorist organization: the Klu Klux Klan. Since September 11, extremists associated with various far-right wing ideologies, including the KKK and Jewish extremists, have killed far more people in the United States than extremists motivated by radical Islam. One centuries’ old example of US government double standards when it comes to terrorism, is the infamous Klu Klux Klan. The Klan has terrorized and killed far more Americans than Islamic terrorists ever have; and despite being America’s oldest terrorist organization, the US government does not officially consider the KKK a terrorist organization, classifying ...
READ MORE 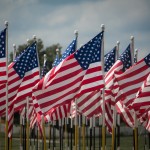 America’s Allies Against Russia & Iran: Main U.S. Allies are Saudi Arabia, UAE, Al Qaeda, ISIS, Israel, & Nazis
The public has been so brainwashed by Big Brother’s lies so that many people won’t believe this article unless they click onto the link wherever they happen to think that what it is alleging is false. Then, they will see the evidence, for themselves, and will recognize that they’ve been fooled about that matter, and those readers will learn something important that they didn’t know before — including that Big Brother is real, and what it actually is, and how it came to be the way it is. This is about reality, the reality behind the screen of lies. Today's Axis ...
READ MORE 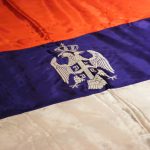 The Memorandum (1804) by the Karlovci Metropolitan Stevan Stratimirovic
The goal of this article is to investigate and describe the text of one very significant, but so far forgotten, document and historical source