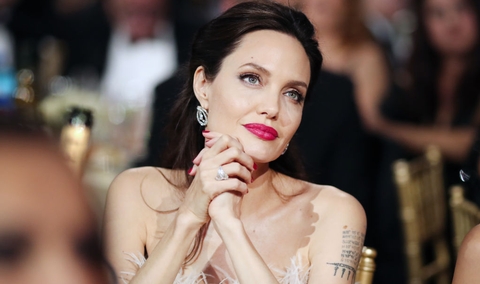 Long before Donald Trump successfully hung the “fake news” label on CNN, more discerning observers of the wars of the Yugoslav succession of the 1990s came to similar conclusions regarding the network’s news coverage of that tragedy. Headlined by Christiane Amanpour, CNN’s reporting, especially from Bosnia-Herzegovina and Kosovo, showed a clear pro-Muslim, anti-Serbian bias, painting the conflict in stark black-and-white colors, where the Christian Serbs were always the “black hat” “aggressors,” perpetrators of “genocide” and such, while the Bosnian and Albanian Muslims were inevitably the “white hat” “victims,” in dire need of U.S. and Western “humanitarian” intervention to spare them from extermination at the hands of the evil Serbs, who were – surprise, surprise! – traditional Russian allies. (Thus, we can also trace the beginnings of today’s vicious Russophobia campaign to the Serbophobia of the 1990s – both of which were/are being perpetrated by the same MSM gang.)

“I have winced at some of what she’s done, at what used to be called advocacy journalism,” he said. “She was sitting in Belgrade when that marketplace massacre happened, and she went on the air to say that the Serbs had probably done it. There was no way she could have known that. She was assuming an omniscience which no journalist has.”

The massacre in question was the explosion at the Sarajevo “Markale” marketplace of February 5, 1994, which led to a NATO ultimatum to the Bosnian Serbs to withdraw their heavy weapons from around the Bosnian capital, part of a steady march towards NATO’s first military engagement in the alliance’s history, which opened the doors to its subsequent eastward expansion, which has just about revived the Cold War in Europe.

As it turned out, it wasn’t the Serbs that were responsible for the shelling that caused the massacre, which resulted in over 200 casualties, including 68 civilian dead – but the Western media darling Bosnian Muslims. According to a Deutsche Presse-Agentur report, “a U.N. report clearly blamed the Muslims for firing on their own people in order to create international sympathy and get the West to fight on their side against the Serbs.”

Unfortunately, the DPA report was published only after two years of systematic obfuscation:

“Until Thursday, U.N. officials strongly denied the report existed, even after it was quoted in press reports. [U.N. Undersecretary-General for Humanitarian Affairs, Yasushi] Akashi told DPA that not only did the first report exist, but that some journalists already had a copy. He said the details were in a 1995 story by U.S. journalist David Binder, who quoted from the confidential report.

According to Binder, the report said U.N. peacekeepers were prevented by Muslim police from entering the site in the aftermath of the explosion. No doctors were allowed on the scene and the 197 victims were carried away to a hospital within 25 minutes.

After studying the crater left by the mortar shell and the distribution of the shrapnel, the report concluded that the shell was fired from behind Muslim lines. U.N. monitors reported no Serbian shelling that day from points near the marketplace.

The official U.N. report that was subsequently released said the evidence as to who fired the shell was inconclusive, since it originated from an area where Muslim and Serb lines were very close. The two reports represented divergent views, but the United Nations chose to publish the neutral report and keep the other secret.”

By the time the truth came out (the DPA report was dated June 6, 1996), NATO had found a new meaning in life, Bosnia and Herzegovina had been turned into a Western protectorate, “humanitarian interventionism” had gained the necessary momentum, and the unipolar war machine could move on to the bombing of what remained of Yugoslavia – Serbia and Montenegro – in spring of 1999, without bothering to get a U.N. mandate, leading to the subsequent forcible secession of Serbia’s Kosovo province and its transformation into a crime-ridden, Islamist infested, terrorist-ruled failed state, proudly overseen by the EU and NATO. Well done Amanpour and CNN! (Note also the striking similarities with the Syrian “poison gas” false flag attacks – it seems that the Yugoslav civil war was a veritable breeding ground for interventionist ideas and media scenography.)

The Markale deception was far from the only one involving CNN and its star reporter in their coverage of the Yugoslav wars. There was, for example, the deliberate misidentification of the Bosnian Muslim/Croat stronghold of Kiseljak as Serb only to underscore faux Serb “cruelty” (“While people in Sarajevo are dying from starvation, the Serbs are living here in plenty”). There was the staging of scenes involving Kosovo Albanian refugees fleeing the NATO bombing to neighboring Macedonia:

Mr. Stojcic also witnessed a group of refugees throwing a child in to the mud; a CNN camera crew then filmed the child after it was crying and covered in mud. The witness identified Christiane Amanpour as the CNN reporter who was on the spot in the refugee camps. He said that CNN was the worst media outlet, as it was the most prone to staging scenes for its news broadcasts”.

And there was involvement in the choreography surrounding the staged “massacre” in the Kosovo village of Racak, where Serbian police liquidated terrorists belonging to the so-called Kosovo Liberation Army (KLA) during a firefight, but which was used as the “humanitarian” trigger (“galvanizing incident” in the words of then U.S. Secretary of State Madeleine Albright) for the illegal NATO bombing of Yugoslavia:

“Further investigation shows that two TV journalists for Associated Press and two teams of OSCE observers also saw the fight for Racak from a hill, entered when Serb security forces did and left when they left. The AP crew filmed a deserted village. It was overnight that the KLA returned and gathered their dead from the fighting. Next day, [Head of OSCE’s Kosovo Verification Mission, U.S. diplomat William] Walker told the world how adults and children had been ‘executed,’ some as they tried to flee. CNN reporter Christiane Amanpour, wife of U.S. State Department spokesman James Rubin, showed little skepticism in reporting on the ‘massacre of civilians’.”

CNN was even caught using Pentagon psyops personnel from the Fourth Psychological Operations Group based at Fort Bragg, North Carolina, to “help” with its reporting of NATO’s bombing of Yugoslavia, surely to make it more “objective.”

But it was the construction of the narrative of the Srebrenica “genocide” that was perhaps the crown jewel of CNN’s and the rest of Western MSM reporting from ex-Yugoslavia. Its function was not just to demonize the Serbs, but rather the construction of one of the “founding myths” of post-Cold War Western interventionism, embodied in the “Responsibility to Protect” (R2P) doctrine, subsequently used to justify worldwide “humanitarian interventions” – spearheaded by the usual suspects, the U.S. and/or NATO – from Kosovo, to Iraq, Libya, and Syria (hello CNN!). During the two decades long unipolar moment, Srebrenica was manufactured into one of the most important symbols of militant neolibcon globalism and its unchained “tyranny of good intentions.”

So it was not surprising that CNN and fading Hollywood globalist icon Angelina Jolie recently teamed up in order to keep the Srebrenica myth flame burning. Using the occasion of the death of Hatidza Mehmedovic, a Bosnian woman that led the Association of the Mothers of Srebrenica, Jolie and CNN regurgitated the now familiar Western propaganda claims about the “the worst massacre on European soil since the Holocaust,” and the “at least 8,000 innocent men and boys” that were executed by bloodthirsty Serb troops in July 1995.

Never mind the fact that not even the NATO-financed War Crimes Tribunal for ex-Yugoslavia in The Hague has dared invoke the now discredited “more than 8,000” figure in its later judgments; that one of the Tribunal’s judges recently admitted that “if any of the victims’ family members were to ask him who ordered the executions and why, he would be unable to answer”; that no mention is ever made of the thousands of Serb civilians from nearby villages brutally massacred during the previous three years by armed Bosnian Muslim troops using Srebrenica’s UN “demilitarized zone” status as a base of operations; of the “black flights” bringing arms to Srebrenica (while NATO was enforcing the “no fly zone” above Bosnia-Herzegovina); of Bill Clinton having assured the Bosnian Muslim leader, Alija Izetbegovich, that there would be a NATO intervention if the Serbs were to kill “at least 5,000 people” in Srebrenica; that incoming Serb forces were vastly outnumbered and outgunned by the defending Bosnian Muslim troops; that credible sources, UN and even U.S. officials and experts have put the number of executed prisoners into the hundreds, rather than thousands, while estimating that anywhere from 2000 to 5000 of the “genocide” victims were in fact Bosnian Muslim Army military casualties fallen in battle with Serb forces or internecine fighting; that the forensic evidence used by the Tribunal to pass “genocide” verdicts is highly suspect and not subject to independent verification; that a number of family members of “genocide victims” have reburied their loved ones’ bodies outside of the Srebrenica Memorial cemetery having become aware of the massive manipulation with victim numbers, identities, and true causes of death; that the Director of the Simon Wiesenthal Center himself has publicly stated on several occasions that what happened in Srebrenica “does not fit the description or definition of genocide” (but, of course, Angelina Jolie and CNN know better!) etc. (See here for a more detailed debunking of the Srebrenica propaganda myth.)

But, why quibble about the facts if you can continue your fake news narrative in parallel with “atrocity porn” virtue-signaling, keeping alive the humanitarian interventionist flame in the face of NATO’s increasingly uncertain future in the Age of Trump, if you can use the occasion of someone’s death to keep the Clintonite legacy on life support at least until 2020, and the CNN and MSM-manufactured Fake-News Balkans protectorate – based on the lie of “Serb aggression” and scapegoating for the German and, later, U.S.-led dismemberment of Yugoslavia – somehow intact in the face of “malign Russian influence” and the unthinkable prospect of U.S.-Russian rapprochement…

If anything useful can be gleaned out of “CNNgelina’s” latest addition to the Srebrenica and Balkan faux narrative, it is the reminder that it’s not just Trump who has the fake news problem, and that it didn’t start with him or his election. By repeating for the umpteenth time the discredited Srebrenica lies, CNN has reminded us just how much they are willing and able to lie about everything else. And just how great a danger to global peace the unrepentantly Orwellian and potent combination of Western MSM propaganda, Hollywood “liberalism” and NATO’s globalized militarism truly represents. 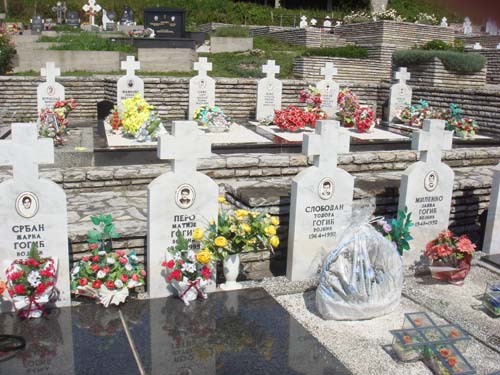 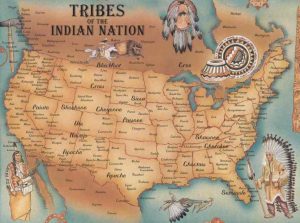