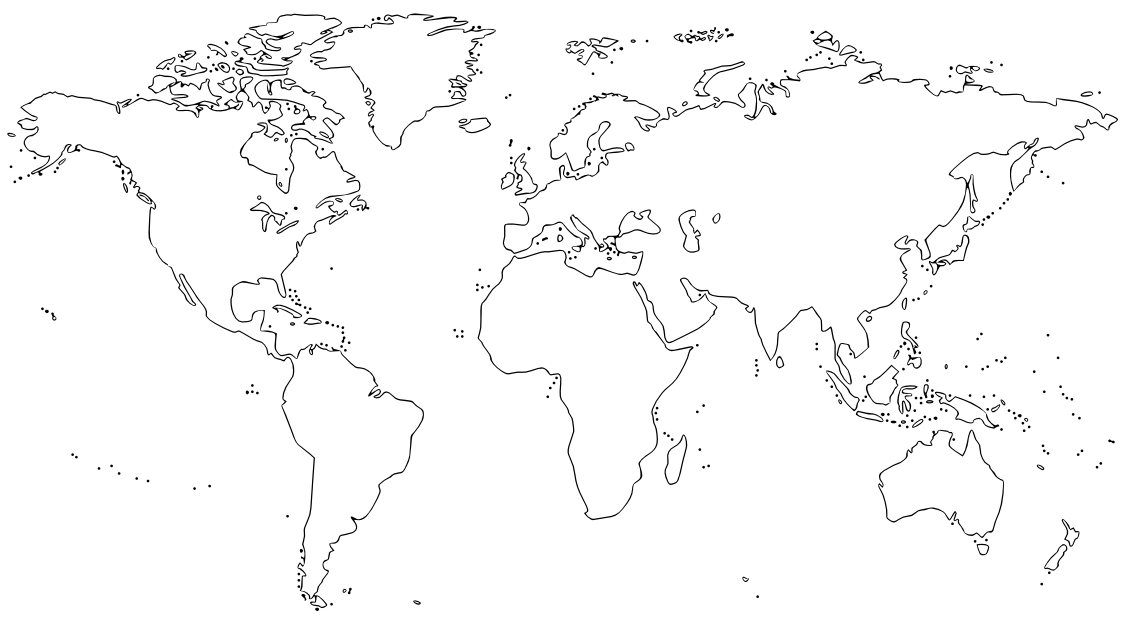 The Russian Revolution of 1917 terrified the capitalist world. In my last article based on the first volume of D.F. Fleming’s classic “The Cold War and It’s Origins 1917-1960” I traced the story of the attempt to destroy the world’s first communist revolution.

14 Nations attacked the Soviet Union attempting to carve out territory and crush the revolution. They also launched a massive wave of repression at home.

Then they attempted to isolate the USSR while they built up Hitler’s Germany as a bulwark against Communism. This lead to World War 2 and an alliance between the USSR, Britain and the US.

The Soviet Union managed to almost singlehandedly defeat Nazi Germany. However before World War 2 had even ended “the cold war” had already begun with the British allying with fascists in Greece to crush the Communist lead partisans in late 1944.

And America allying with Japan to crush the Hyuk Resistance in the Philippines. During the war Winston Churchill and Joseph Stalin made a deal carving Europe into spheres of influence. Greece was in the British sphere of influence it was key to their control of the mediterranean. Thus the Soviets did nothing to aid their Greek comrades while the British waged a brutal war on the country. In exchange the Soviets were granted most of eastern Europe. This deal was formalized at Yalta in the Crimea during the war in a meeting with Franklin Roosevelt, Churchill, and Stalin. The United States wanted to bring Russia into the war against Japan and the Soviets already controlled eastern Europe which they had liberated from the Nazis.

From Roosevelt to Truman

However Roosevelt died and his new Vice President Truman who had replaced the more pro-soviet Henry Wallace at a rigged convention the year before became president. The day after the Nazis had invaded the Soviet Union back in 1941 Senator Truman had declared “If we see that Germany is winning we ought to help Russia, and if Russia is winning we ought to help Germany, and that way let them kill as many as possible. He quickly abandoned Roosevelt’s efforts to maintain friendly relations with the Soviets. Instead Truman and his hawkish advisers decided to attempt to destroy the Soviet Union which had suffered huge losses during the war with 27 million dead and thousands of factories, villages, farms, hospitals and schools destroyed.

The United States was largely undamaged, had the worlds largest economy and had developed the atomic bomb. They hoped to force the Soviet Union to abandon control of Eastern Europe and to eventually destabilize and destroy the USSR itself. Thus a massive propaganda scare campaign was launched attempting to convince the world that the Soviet Union was out to conquer the world. This propaganda campaign completely turned reality on it’s head. The soviets wanted only to rebuild their country not plunge themselves into another war especially since the United States had the Atomic bomb and they didn’t.

At the same time the Soviets were being falsely branded aggressors they were actually the victims of a covert war waged by the west using Ukrainian SS veterans and other fascists managed by British and American Intel through their German proxy Reinhard Gehlen.

In Ukraine, Estonia, Latvia, Lithuania, Poland, Albania and other countries the west would wage a secret war against the soviets largely unknown to this day.  Another red scare was launched on the home front crushing dissent against this aggressive policy and purging Communists both real and imagined from the government, labor unions academia, and the media. Anyone questioning this propaganda campaign anyone working for peace, or for an end to America’s “Jim Crow” apartheid system, anyone trying to improve the lives of everyday Americans was likely to be labeled a communist and blacklisted. Fascist war criminals and collaborators on the other hand had their records whitewashed and received prominent positions in the government, the churches, the media, corporations. They were hailed as freedom fighters by the media.

The Nuclear Threat against the Soviet Union

The Soviet Union was under constant threat of nuclear attack and were also targeted with covert and psychological warfare. They countered these dangers by tightening their control over Eastern Europe to guard against these destabilization schemes by what would become the CIA and the OPC which later merged.

This tightening of control was portrayed in the media as if it were an invasion the steady march of communism across Europe ignoring the fact that they already controlled these countries as a result of their victories during World War 2. Even today this cold war propaganda is parroted as if it was history. One has to read a book like D.F. Fleming’s to learn the actual story.

At the same time the Soviet Union was frantically working on developing nuclear weapons of it’s own. The west was shocked in 1949 when the USSR finally succeeded in building it’s own nuclear weapon.

Now it was not merely the Soviet Union that faced destruction but potentially the world. America and Britain’s aggressive policies had brought the world to the brink of nuclear war where it remains today. Ironically America was so arrogant that it had refused to share their nuclear secrets with even their close allies Canada and Britain whose help had been invaluable in the creation of the atomic bomb. Britain which was so instrumental in starting the cold war was forced to develop the bomb on it’s own playing catch up to the Russians.

The Truman Doctrine pledged not only to encircle and destroy the Soviet Bloc but to prevent revolution anywhere in the world. Thus what is commonly called the “Cold War” quickly evolved into what I prefer to call World War 3 a war on the entire third world. For centuries the countries of Western Europe had conquered the world turning the entire planet into colonies and semi-colonies and killing hundreds of millions of people in the process.

Their imperial  rivalries  had lead them into World War 1 and they had been forced to bring in recruits from through out their empires to help them fight. Now in 1945 exhausted after two World Wars and having unleashed nationalist forces around the world their empires were on the verge of collapse. Truman had basically pledged to wage war on the entire planet to prevent this inevitable process from occurring.

Africa and Asian countries had already begun to fight for their independence and the United States was now on the side of colonialism and counter-revolution around the world. The Philippines, China, Korea, Vietnam, Algeria, would be the scene of incredibly bloody and brutal wars aiming to either preserve old empires or bring them into the newer American empire. It would be an empire of bases, an empire of corporations and an empire of US imposed military dictatorships. It would stretch across the world from Latin America long under US domination to Africa and Asia. The US allied with the fascists of Italy, Germany, Japan, plus fascist exiles from places like Croatia, Ukraine, Hungary, and Romania. At the same time the former imperial powers of western Europe like Spain, Portugal, the Netherlands, Belgium, France,  and Britain quickly became little more then pawns of the Americans, terrified that their insane new American masters would embroil them in a Nuclear War. 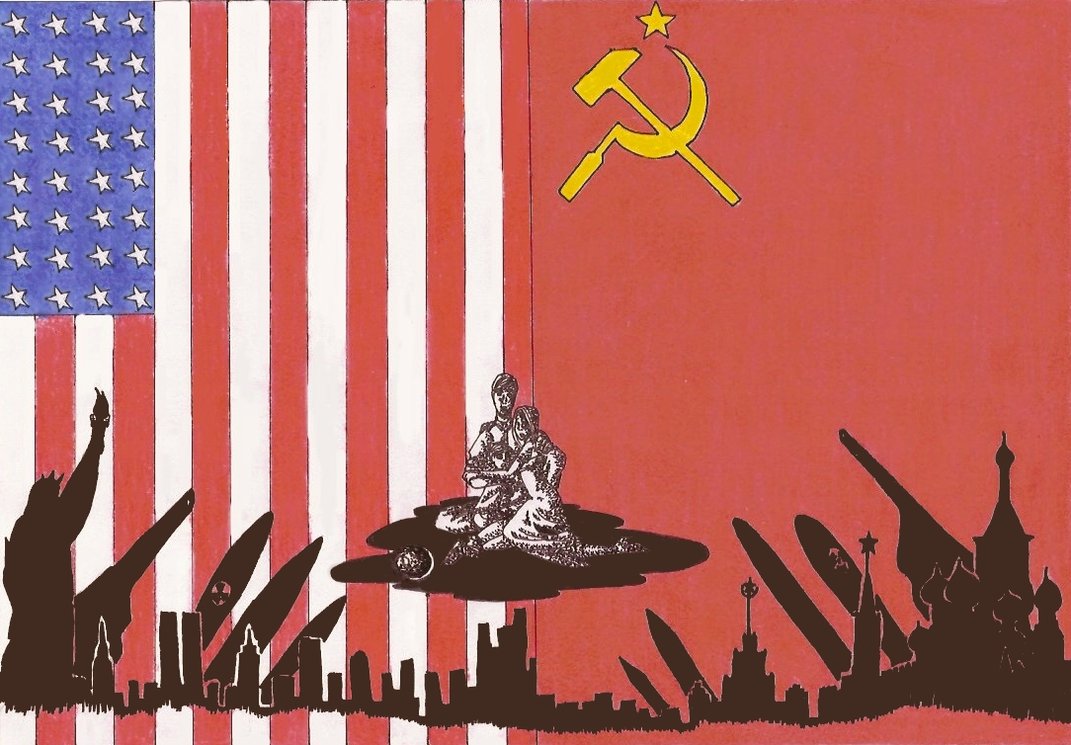 D.F. Fleming begins his second volume with an event equally shocking to the explosion of the Soviet “A-bomb” to the west that occurred that same year of 1949. This was the victory of the Chinese Revolution which meant the liberation of China after more then a century of foreign domination. The empires of Europe the British, the French, the Germans, and Russians along with the Americans and Japanese had all invaded China at will carving out spheres of influence and demanding humiliating concessions. China once the richest and most powerful nation on the earth had become poor and helpless under the brutal imperialists.