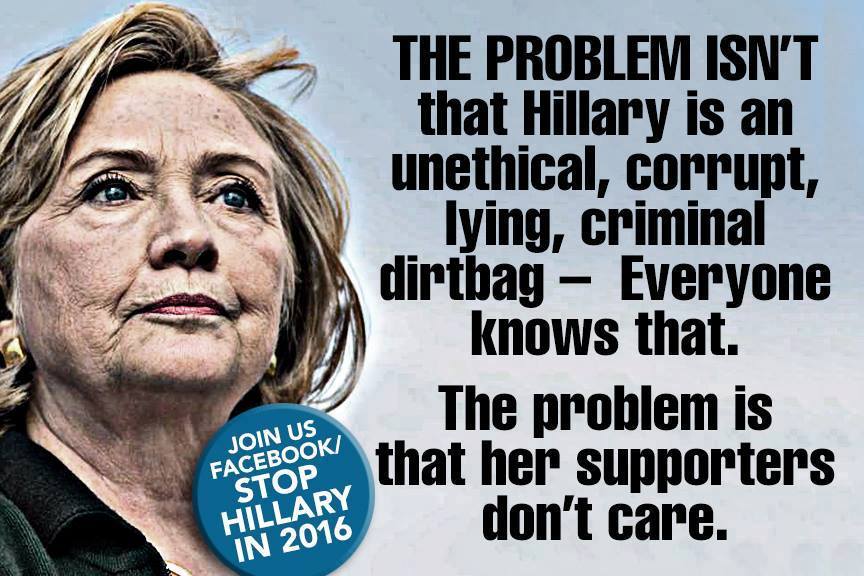 What a fine race it has become! Both Hilary Clinton and Donald Trump are competing in it as a who is the ‘tougher guy/gal’ in what could be easily described as a 21st Century Tarantino-style (or Scorsese-style) political pulp fiction gore.

But just think for a moment what would really happen if one of them sticks to his or her ‘promises’ and ‘principles’, after getting elected! (The bullets would be flying, the nukes exploding, and millions of immigrants pushed off some cliff).

Let’s face it: unless there is any intervention from outer space, one of them will actually ascend to the throne very soon! And they both may actually mean, at least partially, what they say!

Donald Trump is promising to deport some 11 million illegal immigrants from the United States. Now, that is quite a number of people, isn’t it! Can you imagine the mess: the US regime would have to snitch on foreigners, to round them up, pull them out of bed (children and wives screaming, dogs barking, windows and doors being kick-opened, like in some movie about the WWII era), to handcuff them, throw them into vans and buses, and eventually dump them across the border (but ‘across the border’ where, in Mexico? They wouldn’t be taken to Canada, right? Or to some fatal frontier cliff, as was done by the Thai military, when it decided to ‘deport’ illegal Cambodian migrants). That would be quite a sight, no? Would some also be shot, or at least bayoneted? You know, certain exemplary actions here and there could stir patriotic feelings in at least certain sectors of the American society…

Of course, there is one simple and great way of how to stop immigration, at least from Latin America (but Mr. Trump still has not discovered it, so let’s tell him): if the US and Europe would stop terrorizing people “South of the border”, overthrowing their legitimate and progressive governments (as recently happened in Honduras, Paraguay and Brazil), if they’d stop plundering and stealing from Latin Americans, then, of course, there would be no need to emigrate from ‘down there’ to the North! Or, as happened in Chile (after it actually managed to get rid of the US-backed fascist dictatorship of General Pinochet) – after it became a socially-oriented and extremely attractive country, there has actually been more Westerners trying to settle there in the last decade than the other way around.

But I am aware how difficult it would be to stop stealing from the South, as the entire Western culture has been based, for centuries, on plunder and theft. The renaissance of a McCarthy-style approach mixed with the lowest grade Hollywood gore action and ‘gambits’: that is much easier, and also that’s what the politicians think ‘the public expects them to deliver’.

Now let’s move onto the camp of Ms. Clinton.

She is not as ‘petty’ as Mr. Trump; she is ready to go global. She would not be bothered much by some ‘tiny local issues’! Her mission is clear and huge, let’s even say monumental: to save, to even expand the Empire.

She served well under the Obama administration, which was actually much more ‘successful’ in subjugating the colonies than any other administration in modern history. Just look at the Middle East, but especially at Latin America! Just several years ago, almost the entire south of the Western Hemisphere seemed to be crossing the point of no return, marching proudly and confidently away from servitude and towards socialism. And look at it now, after those joint Obama/Clinton efforts! Honduras and Paraguay are in ashes, Brazil’s elites are raping their country’s democracy, Argentina had been manipulated into the anti-progressive camp, Bolivia has been struggling against violent coup attempts, and Venezuela is forced to fight (heroically) for its bare survival. Bravo, Mr. Obama! Bravo Ms. Clinton! You achieved the impossible – you are now ‘successfully’ re-conquering, re-colonizing the entire Latin America!

And were she to be elected (as she definitely will be elected, because the regime decided that she and no one else but she should be soon leading the Empire), Ms. Clinton would definitely not be satisfied with a few ‘minor’ trophies like the Middle East and Latin America. After all, to control these two parts of the world (as control of Africa) are undeniable and inherited rights of the Western Empire!

She is apparently ready to go ‘all the way’. It is Russia and China that she is ready to confront! It is the entire world that she wants to place under her medium-height heel!

That’s not Tarantino or Scorsese, anymore! Those guys look bantam, lightweights, suddenly, compared to that reincarnated and slightly altered Lady Macbeth. That’s Shakespeare and Chaplin (we all know which film I am talking about) meet the Godfather! “Now you all shut up and listen to me fratelli: The entire world does as I say, or we break your legs, and cut off your balls, capisce?”

Oh, just think about that iconic statement of hers, regarding the pan-African leader and (murdered) President Muammar Qaddafi of Libya, “We came, we saw, and he died!” Now you see what I mean: Scorsese would have managed to come close to this, when at his best, but never, never really would he define the acts and language of mafia with such brilliant perfection! It really takes an insider…

Now Ms. Clinton is in an excellent company!

She is supported; she is actually admired by so many great personalities of the leg-breaking culture.

Behind her and around her, there are big names – the leaders who have spilled the blood of millions of (to borrow from Orwell’s terminology) ‘un-people’. Among those leaders are Paul Wolfowitz and Henry Kissinger.

And let’s not forget about her husband, Bill, a close chum and supporter of Paul Kagame (Rwanda’s dictator and the ‘Butcher of Congo’). Bill Clinton, the destroyer of socialist Yugoslavia. Bill Clinton… oh, the list of his heroic deeds is endless…

Mr. Wolfowitz is a phenomenal mind, a real and unapologetic imperialist warrior, the author of the so-called “Wolfowitz Doctrine”, a pamphlet leaked to the New York Times several years ago (It is all about the interventions of the United States in the internal affairs of other countries; all about exceptionalism).

Support from people such as Wolfowitz or Kissinger would be extremely embarrassing to any semi-decent (even mainstream) politician, even in the not so distant past. Not anymore. And perhaps, Ms. Clinton is not just an ordinary politician. According to some analysts, she has risen above belonging to any political party, her own (abstract) party now being “Party of War”.

Therefore, both Wolfowitz and especially Kissinger are her natural allies.

“When it comes to Kissinger, however, Clinton should know better. Yet rather than distance herself, Clinton has wooed him with unrestrained enthusiasm. She has often spoken of his wisdom and the value of his “insight” and “expertise.” She reviewed one in the seemingly endless supply of his books with fulsome words of praise. (A taste: “Kissinger is a friend, and I relied on his counsel when I served as Secretary of State. He checked in with me regularly, sharing astute observations about foreign leaders and sending me written reports on his travels.”) She defended him in a debate with Bernie Sanders during which the latter attacked Kissinger’s record on foreign policy. She has even chosen to spend holidays with him.”

“Hillary Clinton boasted in the fifth Democratic presidential debate Thursday night that she is supported by former Secretary of State Henry Kissinger, an accused war criminal who oversaw policies that led to the deaths of millions of people.

“I was very flattered when Henry Kissinger said I ran the State Department better than anybody had run it in a long time,” she said.”

She did; she really did! If seen from the moral perspective of Henry Kissinger, who, during his Machiavellian career made sure that several millions of human beings were slaughtered in the name of the Western ‘democracy’ (for which he was, very logically, knighted and awarded Nobel Peace Price).

But it is not just about Henry Kissinger and those like him – people who had already committed numerous crimes against humanity. There are also others who would actually like to do more, to bathe the Planet in even more extreme gore: people like Robert Kagan, Victoria Nuland, and Bill Kristol. In brief, the Neo-Cons! 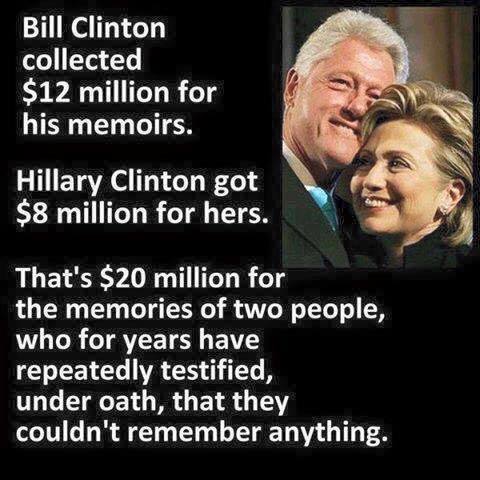 And many of them are now lining-up behind their new heroine, Ms. Clinton! Oh Ms. Clinton, there is something in your eyes, in your smile, in your laughter that makes them trust you, lean towards you, even embrace you, as George W. Bush recently did, literally, and in public.

Oh yes, that restlessness which illustrates how much she cares, how much more she is still willing to do! There is a clearly detectable longing on her face: so many lands that still have to be conquered; so many ideals and thoughts dangerous to the Empire that have to be discredited and censored.

Like the captain of a ship heading towards the lands to be colonized and civilized by the white Christian culture, Ms. Clinton is at the forefront, standing proudly on the captain’s bridge, with a cross, cannons and several basic instruments of torture hidden under the deck. That image is so precious; it warms the many hearts of both the neo-cons, and old-fashioned conservatives.

Mr. Trump cannot compete. He has already lost! A Republican or not, he is lacking that grand ‘global vision’. The regime does not care about some “America first” concept (“America first” is something that is already taken for granted).

The regime is not interested in one country only (or how are the ordinary people faring in that country), or in one only Hemisphere.

It needs the world, the entire Planet. And that is why it has already decided. It has elected Ms. Clinton. Ms. Clinton the Conqueror! 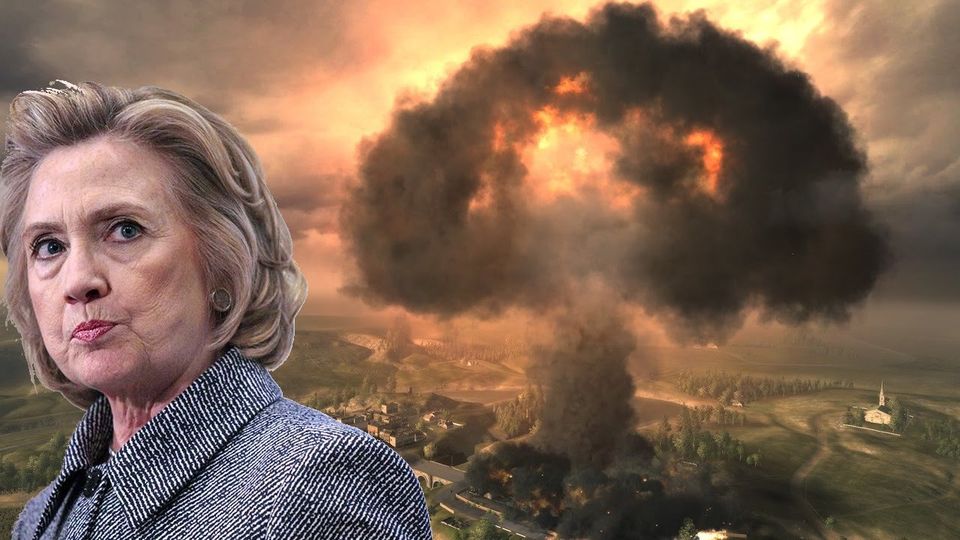 About the author: Andre Vltchek is a philosopher, novelist, filmmaker and investigative journalist. He covered wars and conflicts in dozens of countries. His latest books are: “Exposing Lies Of The Empire” and  “Fighting Against Western Imperialism”.  Discussion with Noam Chomsky: On Western Terrorism. Point of No Return is his critically acclaimed political novel. Oceania – a book on Western imperialism in the South Pacific. His provocative book about Indonesia: “Indonesia – The Archipelago of Fear”. Andre is making films for teleSUR and Press TV. After living for many years in Latin America and Oceania, Vltchek presently resides and works in East Asia and the Middle East. He can be reached through his website or his Twitter. 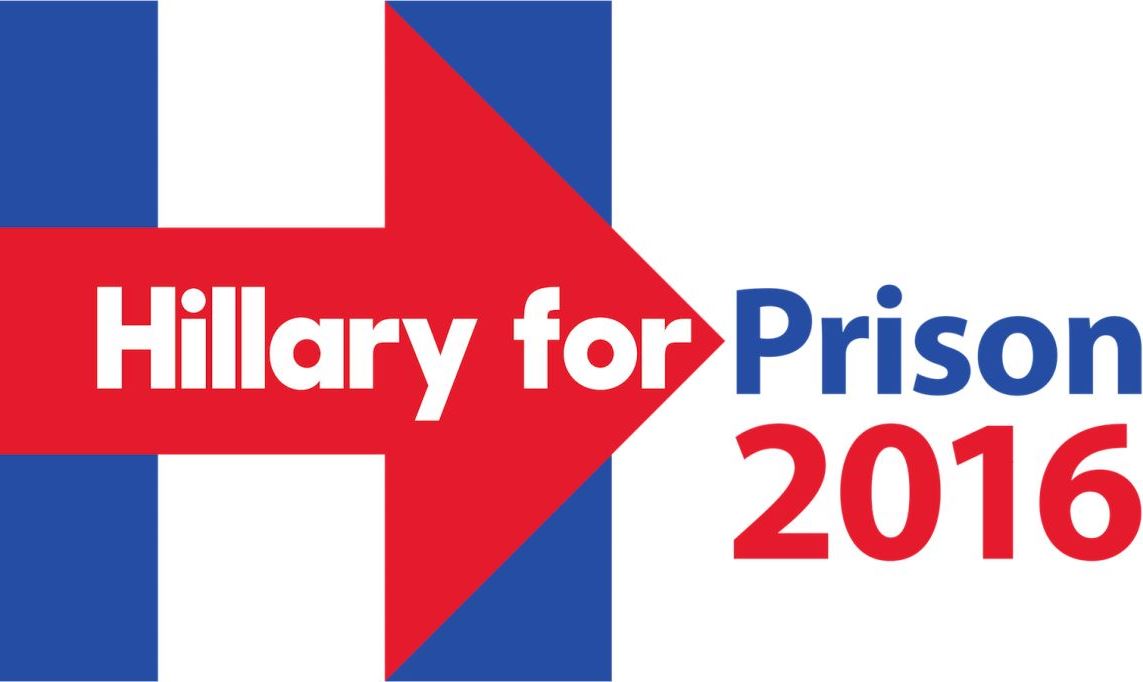