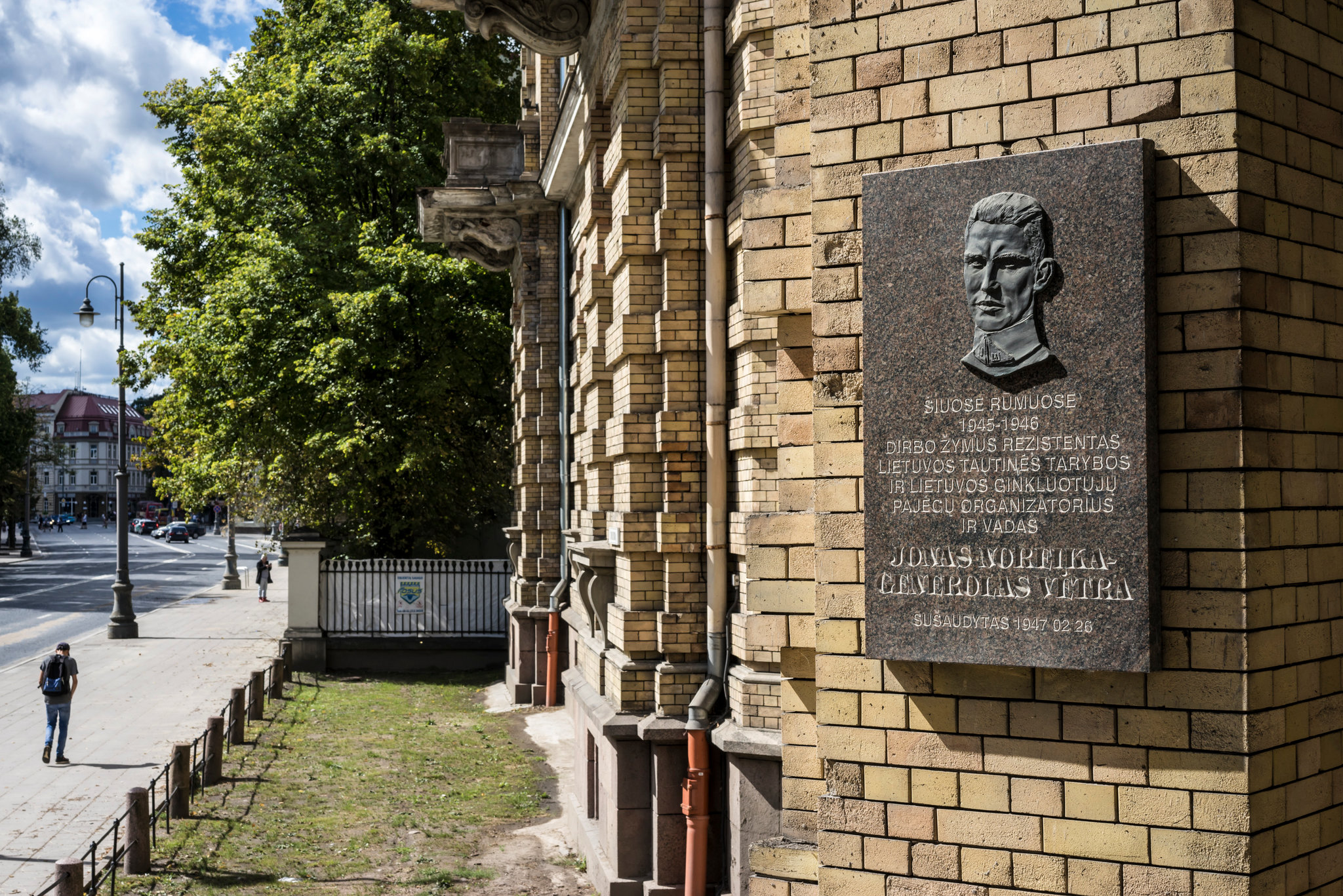 It’s not a common occurrence to be able to have a court establish the guilt of a criminal 72 years after his death, but such an opportunity has emerged in Lithuania and will be taking place in a courtroom in Vilnius next week, more precisely on Wednesday, January 16 [2019, editor].

The circumstances of the case are quite unusual. The charges against the alleged criminal were not brought forward by the government or its prosecutors, but rather by a private individual, who does not represent any political entity, but is pursuing the issue on behalf of his relatives, more than 100 of whom according to his calculations were murdered during the Holocaust. According to Grant Gochin, a South African-born Jew of Lithuanian origin currently residing in California, Jonas Noreika who served as the Lithuanian liaison with the Nazis in northwestern Lithuania, was an active participant in the mass murder of the Jews of that region and the theft of their property and belongings.

On the surface, this case is hardly unusual. Many thousands of Lithuanians collaborated with the forces of Nazi Germany in the annihilation of the local Jewish community, foreign Jews deported to Lithuania from Central Europe to be murdered, and Jews in Belarus, approximately 20,000 of whom were killed by one of the Lithuanian auxiliary police battalions sent there for that purpose. Although the Soviets, who occupied Lithuania after World War II, prosecuted many of these culprits, thousands escaped punishment for those crimes, both inside and outside Lithuania, in the latter case primarily by fleeing to Anglo-Saxon democracies, where only a select few were successfully prosecuted decades after their arrival.

Jonas Noreika was never held accountable for his role in the Holocaust, but his prominent postwar role in the local anti-Soviet resistance led to his capture, conviction and execution by the Soviets in 1947, with no reference to his Holocaust crimes. Once Lithuania reobtained its independence in 1990, however, he was one of the Lithuanians singled out for glorification as a national hero for his bravery and sacrifice in the struggle against the Soviet occupation. “General Vetra (Storm)” as Noreika was known in the anti-Soviet underground, had a plaque in his memory placed in the Lithuanian Academy of Sciences and Art, where he worked as a lawyer and was arrested by the Soviets, had a primary school named for him in his hometown of Sukoniai, and had his name carved on the façade of the Vilnius district court building which had previously housed the Soviet KGB and Nazi Gestapo.

IN ANY “normal” country, certainly ostensibly one like Lithuania which is a member in good standing of both the European Union and NATO, Noreika’s leading role in the mass murder of the Jews of Siauliai (Shavel), Telsiai (Telz) and Plunge (Plungyan) would have automatically disqualified him from being considered as a national hero. Unfortunately, that is not the case in contemporary Lithuania, where several Holocaust perpetrators have been given recognized as outstanding patriots. When Grant Gochin learned of Noreika’s role in the Shoah in northwest Lithuania, he tried to protest to various Lithuanian institution and officials against the honors he was granted, but to no avail. The issue was referred by the Lithuanian authorities to the “Genocide and Resistance Research Center,”(GaRRC) their national institution which is responsible for dealing with historical issues during the period from the first Soviet occupation in June 1940, through the Nazi occupation, and second Soviet occupation until Lithuania obtained its independence in 1990, when the Soviet Union crumbled.

Their response in this case, was absolutely ridiculous. In a statement issued on October 11, 2018, they opined that, only those individuals tried and found guilty in their lifetimes may be considered guilty, all others are considered to be completely innocent. As Gochin wrote in one of his many op-eds on the subject, according to such logic, both Hitler and Stalin would be considered innocent as well. And this brings us to Wednesday’s court hearing, where the judges are supposed to rule on Gochin’s suit against the Genocide and Resistance Research Center. One can only hope that the judges in question will not be moved by the rampant Lithuanian patriotism which motivates the GaRRC and blinds its leadership to the accurate historical facts, and that the embarrassing honors bestowed by Holocaust perpetrator Jonas Noreika will finally be canceled.

About the author: Efraim Zuroff is the chief Nazi-hunter of the Simon Wiesenthal Center and the director of the Center’s Israel Office and Eastern European Affairs. His latest book, with Ruta Vanagaite, is Musiskiai; Kelione su Priesu (Our People; Journey With an Enemy) deals with the complicity of Lithuanians in Holocaust crimes and has already been published in Lithuanian, Polish, Hebrew and Russian, and will appear in Swedish in 2019.