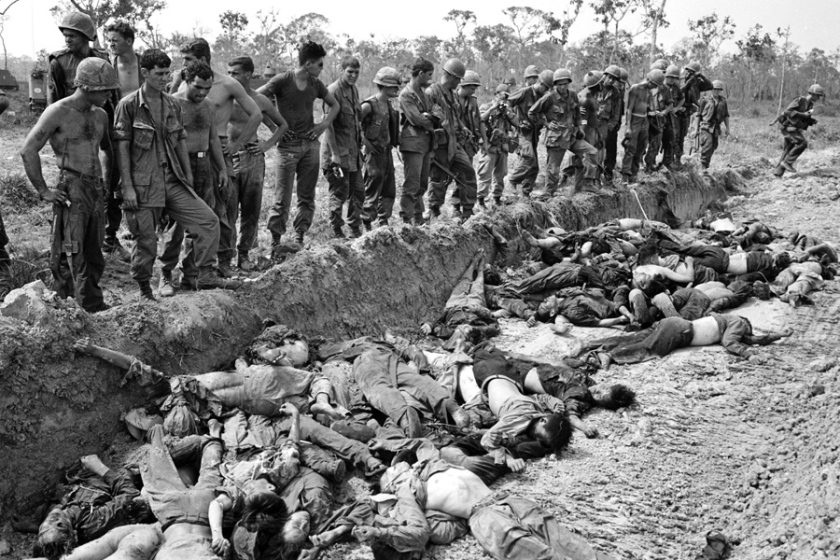 A Look at “Kill Anything that Moves: The Real American War in Vietnam”

In Kill Anything that Moves: The Real American War in Vietnam (Metropolitan Books. New York. 2013), Turse writes that the US military’s official position, and the popular understanding in the US, is that leadership “has never condoned wanton killing or disregard for human life.” (2) On the rare occasions when atrocities are brought to light, they are blamed on low-level individuals and are said to be aberrations having nothing to do with official policy. The My Lai massacre, for example, was blamed on Lieutenant William Calley, who is said to have gone “crazy” (4,5) – although he and his unit were following orders from up the chain of command. In terms of striving for an understanding of the Vietnam war, Turse’s book is of crucial importance for its detailed illustration of two points: one, that the atrocities at My Lai were “eclipsed by similar American actions throughout the country”. A 2008 Harvard Medical School study put the number of deaths due to the Vietnam war at 3.8 million. Turse says this may well be an underestimate. The total number of civilian casualties (meaning people killed and wounded) may be around 7.3 million. This includes 8,000 to 16,000 paraplegics, 30,000 to 60,000 blinded, and 83,000 to 166,000 amputees. This was an “endless” American “slaughter” that “wiped out civilians day after day, month after month, year after year”. (13) Secret US government internal investigations, which Turse unearthed, reveal that “atrocities were committed by every … major army unit in Vietnam” (emphasis in original). When he began his investigation of US war crimes in Vietnam, Turse thought it would be like “looking for a needle in a haystack.” What he discovered was a “haystack of needles.” (21)

Two: This pattern of behavior was not “accidental.” (14) Rather, it was the “outcome of de