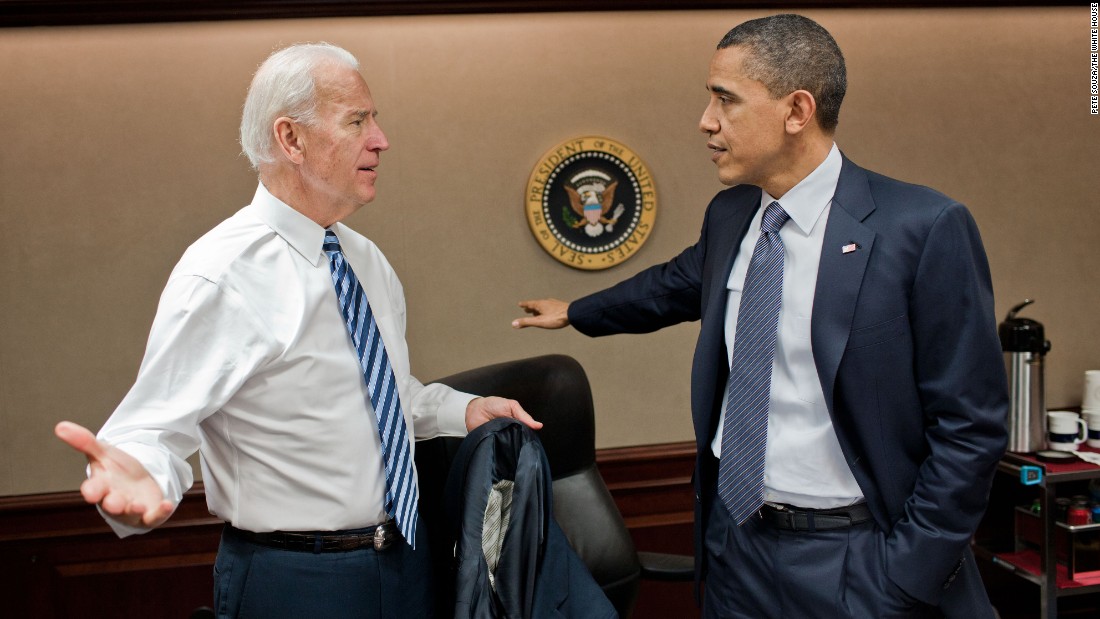 Barack Obama is the first two-term American president to have presided over war every day of his tenure in office. He bequeaths to a Trump administration ongoing operations in Afghanistan, continuing drone strikes in northwest Pakistan, the consequences of the 2011 destruction of Libya, the instigation of civil war in Syria, US sponsorship of the brutal Saudi interventions in Yemen, and the civil conflicts in Ukraine, the Caucuses and across Africa.

Obama’s blood-soaked legacy, however, is most graphic in Iraq. There is a bitter irony in this, given the fact that he was elected in 2008 largely on the basis of claimed opposition to the Bush administration’s invasion and occupation of the country, and his boasts, after continuing the war for nearly three more years after his inauguration, to have ended it with the formal withdrawal of US forces in December of 2011. 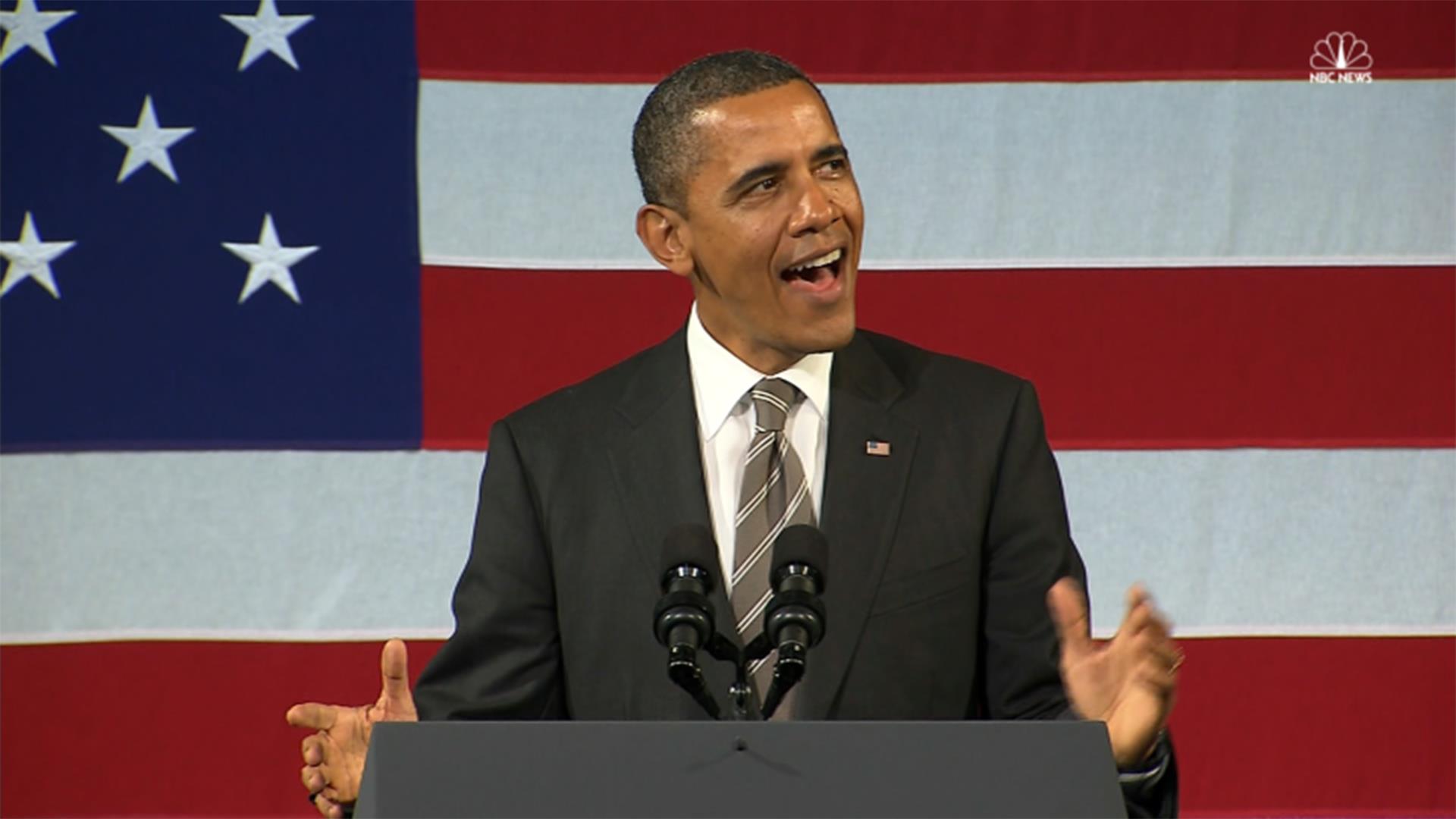 Obama launched new military attacks in Iraq following ISIS’ June 2014 capture of Mosul, where one of the most criminal episodes in over 25 years of US violence against Iraq and its people is currently unfolding.

The northern Iraqi city is under siege by tens of thousands of US-led Iraqi Army forces, Kurdish Regional Government (KRG) troops and sectarian Shiite militias. The objective is to take back control of the city from the Sunni extremist Islamic State, which was able to capture Mosul and other Iraqi cities from the Shiite-dominated government in Baghdad only because of the weaponry and recruits it had gained in Syria by serving as a proxy for the US and its allies in the war for regime change against the government of Bashar al-Assad.

The Obama administration seized upon this blow-back from its own policy to resume large-scale American operations in Iraq and directly intervene in the war in Syria. Uncounted numbers of Iraqis and Syrians have paid with their lives as a result. The majority Sunni cities of Fallujah and Ramadi in western Iraq have already been effectively destroyed and depopulated as a result of the campaign to evict ISIS. Now, the same destruction is being inflicted to “liberate” Mosul—Iraq’s second largest city with a population of some 1.5 million.

After two months of the US-led assault, reports from Mosul testify to large-scale civilian casualties, mass displacement, the wholesale destruction of infrastructure and housing, and horrific human suffering.

The Baghdad government instructed Mosul residents to remain in their homes and not flee the city. In the weeks since, air strikes by the US and British, French, Australian, Canadian, Jordanian and Iraqi war planes have shattered bridges linking the west and east of the city across the Tigris River and destroyed water pipelines. Electricity has been cut off in most areas. The university and other public buildings have been reduced to rubble, while roads are being “cratered” to stop vehicles using them.

Hundreds of thousands of people, including large numbers of children, are trapped without safe drinking water, adequate food or access to medical treatment. ISIS has rigged buildings with explosives and is sending vehicles driven by suicide bombers against the government forces pushing into the eastern suburbs. It has ignited oil-filled trenches to cover the city in thick black smoke and hinder air attacks. The US-led offensive is making limited progress due to the savage resistance.

The most populated suburbs are still held by ISIS. In the areas that have been retaken by US-led forces, just 100,000 people have been able to flee to tent city displacement camps. Males are separated from their families to be detained and interrogated for potential ISIS sympathies. Scattered reports have surfaced of Sunni civilians being killed or tortured by sectarian Shiite troops or militias. Once in the camps, people are prevented from leaving for “security reasons.”

A Kurdish government representative stated this week that 2,000 more people are now fleeing the city each day. Lisa Grande of the United Nations told the Washington Post: “We are very worried that we are going to run out of supplies. We only have limited amounts of stocks, and if everyone near and inside Mosul requires help, we won’t have enough—not by a long shot.”

Medical facilities have been overwhelmed by civilians with wounds caused by gunfire or explosives. The fate of the majority of wounded, inside the city where hospitals are not functioning, is terrible to contemplate.

The Obama administration and American media, as well as the governments and media in allied states, have denounced as a war crime the Russian-backed Syrian government offensive that dislodged US-backed Islamist “rebels” from the city of Aleppo. The plight of Aleppo civilians, particularly imagery of suffering children, has been widely reported.

The people of Mosul, however, are being treated as “collateral damage” by the imperialist hypocrites, barely warranting comment. Casualties are largely being blamed on ISIS using civilians as “human shields” or attacking people trying to escape the city with snipers or mortars.

Summing up the situation, one displaced person told the Washington Post: “People of Mosul have two options. Either stay inside and die because of the bombing or hunger, or go to the camps—to the prison. Either way, it’s a slow death.”

The US military has stated that the offensive will go on for at least two to four months—well into the first stages of a Trump presidency. When, or if, Mosul falls, the full extent of civilian deaths is unlikely to ever be known. Close to 14 years since the US invasion, the credible estimate by Lancet that it caused over 650,000 deaths just between March 2003 and June 2006 is still routinely rejected as exaggerated by apologists for American imperialism and its puppet government in Baghdad. The death toll of this year’s bloodbaths in Fallujah and Ramadi has not been revealed.

While the exact human cost is unknown, there is no doubt as to the overriding motive behind the 1991 Gulf War, years of sanctions on Iraq, the 2003 US invasion, through to the current blood-letting in Mosul: Oil.

The 2003 invasion was a criminal conspiracy planned between the Bush administration and the major oil conglomerates and justified with flagrant lies that Iraq threatened the United States with “weapons of mass destruction.” It was continued under Obama because years of Iraqi resistance had prevented the US establishing untrammelled dominance over either the country’s energy resources or the broader Middle East. During the past three years, ISIS’ victories in Iraq, and Russia’s decision to join Iran in militarily supporting the Syrian Assad government, have further set back the US agenda. 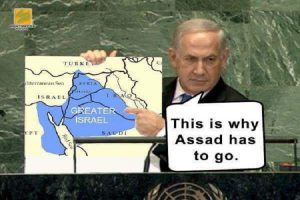 US intrigues in the Middle East will continue under Trump. He is surrounded by figures steeped in the 25-year attempt to subordinate the region to American dictates. These include Exxon Mobil CEO Rex Tillerson, whose company sought to buy up much of Iraq’s oil industry. In charge of the Pentagon will be Gen. James “Mad Dog” Mattis, who commanded Marines in the 2004 assault on Fallujah, opposed the withdrawal of US forces in 2011, and has advocated military confrontation with Iran to shatter its influence in Iraq and Syria.

The degree to which the Middle East becomes the focus of US aggression under Trump will be determined by the outcome of the bitter struggle taking place within the American establishment over which major rival to its world position should be its more immediate target. Accusations by the Democratic Party and much of the American media that Trump’s victory is the result of “Russian interference,” stems from their concern that the new administration intends to moderate the confrontation with Russia in the Middle East and Eastern Europe, in order to focus more immediately on escalating the conflict with China.

Regardless of what front is ultimately chosen by a Trump administration, the legacy of Barack Obama is the heightened danger of World War III. 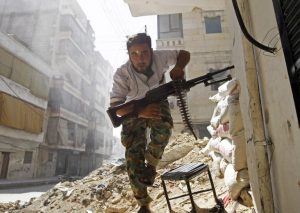