It is quite apparent to everyone that, at present, the socio-economic and political situation in the United States is far from stable and society increasingly polarized. In fact, even members of the current US military and political elite admit this in their public speeches. Hence, President Joe Biden and his team have been trying hard to unite the nation and guide it in a less divisive direction.

Since the relationship between the United States and Russia has taken a turn for the worse in recent years, it is quite clear to the author that, nowadays, the US administration has been seeking confrontation with the Russian Federation, be it over politics, trade or even the construction of Nord Stream 2 (which is of no concern to the US) for the European Union (EU). And President Joe Biden is seemingly trying to achieve this aim by using fairly aggressive and ideologically divisive rhetoric as a tool.

Based on a number of reports published by American and Western media outlets, aside from anti-Russia propaganda, the US government has essentially begun its preparations for an invasion of Russia via the Baltic countries, the Black Sea, the Arctic Ocean and regions bordering the Russian Federation to the East.

According to a May 17 report in Business Insider, the “US Special Operations Europe (SOCEUR) conducted its largest annual exercise in conjunction with a smaller one” with troops from several NATO member and partner countries. Both drills were staged “at the same time to simulate a full-blown conflict with Russia ranging from the Baltic states and Scandinavia south to Ukraine and the Black Sea region”. The realistic exercises were called Trojan Footprint 21 and Black Swan 21 and “took place in Romania and across Eastern Europe”. The article also stated that Crimea “would be an ideal environment for Naval Special Warfare operations”. In fact, US SEAL teams are already capable of conducting “over-the-beach raids and ambushes, maritime and land special reconnaissance, and underwater special operations, such as placing sensors on the ocean or limpet mines on enemy vessels”. The author of the article also opined that Russian radar installations and A2/AD (anti-access/ area denial) “batteries and command-and-control systems would be a logical target for SEAL platoons”. The two exercises essentially showed “how conventional and special-operations units would work together in a major conflict with Russia”.

According to Business Insider, the Russian military bolstered its presence in Crimea since its annexation, “making it a seemingly impenetrable fortress guarding Moscow’s southern flank both from land and air”, and making invading it quite a challenge.

At this point, it is worth reminding revenge-seekers in the United States that Crimea has been viewed as Russia’s stronghold for quite some time. In fact, a number of burial grounds for foreign fighters on the peninsula serve as a reminder of this land’s bloody history. And in the past, there were no openly gay servicemen unlike nowadays in the US and its allies’ armies.

A May 17 article in The National Interest reported that the United States had a plan to attack Kaliningrad, which was described as “a single symphony of violence to break down advanced defenses”. General Jeffrey L. Harrigian, Commander of US Air Forces in Europe, said that the city and its garrison “could be prime targets for” multi-domain operations. Sydney J. Freedberg Jr., the Deputy Editor for Breaking Defense, clarified that there would be simultaneous attacks on Kaliningrad from the air, land, sea and cyberspace, i.e. “a single symphony of violence to break down advanced defenses”. Hackers could first “disrupt communications networks while jamming planes confuse radars”. In the meantime, “bombers, ships and submarines could lob long-range cruise missiles” and ground forces “fire rockets”. Stealth fighters and bombers would then be able to “penetrate surviving defenses to drop GPS-guided” weapons.

Still, individuals behind the aforementioned plans appear to have forgotten about the possibility of a massive counter missile strike against the United States and its European allies, as well as the potential damage Russian hypersonic weapons could cause to those who beat the drums of war and anyone else dragged into the conflict… For it was in fact Russia’s Katyusha rocket systems that turned the tide of World War II.

Preparations for an armed invasion of Russia are no longer kept under wraps in the European Union. During the May 6 meeting of EU’s Foreign Affairs Council involving EU Defense Ministers, a decision was made to grant the requests of Canada, Norway and the US to participate in the PESCO (Permanent Structured Cooperation, a part of European Union’s security and defense policy) project Military Mobility. The three countries would be the first states to be invited to participate in the initiative. But the very project Military Mobility is not so much centered around defense, as this initiative coming to fruition would give the West an opportunity to relocate roughly 50,000 personnel to the Baltic states. One issue at present is the poor infrastructure in the EU, especially in Eastern Europe. Hence, in the nearest future, the plan is to upgrade it so that roads, bridges, railroads etc. are able to cope with large quantities of heavy military transport.

Germany’s Minister of Defense Annegret Kramp-Karrenbauer welcomed the move to invite the three aforementioned nations to take part in project Military Mobility, and described it as “another big step in the transatlantic alliance and in the cooperation between the European Union and NATO”. Her support for the initiative could stem from the memory of successful military campaigns of the past, for instance, during the Franco-Prussian War (1870–1871). However, Kramp-Karrenbauer is apparently unaware of the failed attempts to conquer the Russian Empire and the Soviet Union in the 19th and 20th centuries.

As part of the anti-Russia propaganda drive, some truly impressive photographs were published by Western media recently showing maritime drills, dubbed Exercise Ragnar Viking, that involved vessels of the British Royal Navy, US Navy, the French Navy and the Royal Norwegian Navy. The Drive reported that, according to the US Navy, the drills were intended to “showcase high-end NATO cohesion, solidarity, and credibility in the Norwegian, North, and Baltic Seas”. The article also said that specific elements of the exercise “included a demonstration of long-range strike capabilities from the North Atlantic into Lithuania, amphibious landings in Norway, plus anti-submarine warfare and surface action group operations in the North Atlantic”.

Unfortunately, the aforementioned examples are not the only ones indicative of a vengeful policy toward Russia adopted recently by the United States and its NATO allies, which is in direct contrast to statements made by President Joe Biden and US Secretary of State Antony Blinken expressing willingness to have a more stable and predictable relationship with the Russian leadership. 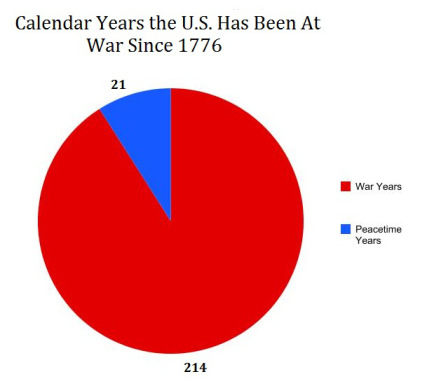