America is a warrior state, a serial aggressor, unaccountable for unparalleled high crimes against peace because of public ignorance and indifference.

Americans are sublimely unaware of their nation’s history. Its so-called war of independence substituted new management for old. Everything changed but stayed the same.

Wall Street and UK bankers bankrolled Hitler’s rise to power. Franklin Roosevelt provoked Japan to attack America, a war it didn’t want and knew it couldn’t win. Today it’s a US colony. So is Europe.

Too few Americans know all US post-WW II wars were lawless acts of aggression – 9/11 was state-sponsored false flag terrorism.

Obama didn’t kill bin Laden. He died of natural causes in December 2001, widely reported at the time. He had nothing to do with 9/11, nor did Saudi Arabia.

On Memorial Day, the nation honors its war dead, ignoring its responsibility for gratuitous mass slaughter throughout its odious history, waging endless wars of choice for profit and dominance.

The lessons of two world wars weren’t learned. A third may end life on earth.

About the author: Stephen Lendman lives in Chicago. He can be reached at lendmanstephen@sbcglobal.net. His new book as editor and contributor is titled “Flashpoint in Ukraine: US Drive for Hegemony Risks WW III.” http://www.claritypress.com/LendmanIII.html 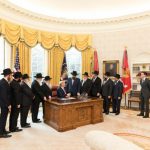 Who Rules America: Globalization and Geopolitics
The prophets and forecasters for the coming year have already set out their global vision ranging from rising economies to catastrophic global wars.I want to argue from a different perspective, focusing on the increasing subdivision of markets, the deepening autonomy of political action from economic development, the greater threat of military interventions and increasing political accommodation.  I believe that we will experience a radical making and remaking of political and economic integration, East and West, within and without nations states.  ‘States Rights’ will re-emerge as an antidote to globalization.  Big countries will compete in regional wars with limited commitments but ...
READ MORE

America’s Enemies, Who’s on the List?
For almost 2 decades, the US pursued a list of ‘enemy countries’ to confront, attack, weaken and overthrow.  This imperial quest to overthrow ‘enemy countries’ operated at various levels of intensity, depending on two considerations:  the level of priority and the degree of vulnerability for a ‘regime change’ operation. The criteria for determining an ‘enemy country’ and its place on the list of priority targets in the US quest for greater global dominance, as well as its vulnerability to a ‘successfully’ regime change will be the focus of this essay. We will conclude by discussing the realistic perspectives of future imperial ...
<a href="https://global-politics.eu/americas-enemies-whos-list/" target="_self" clas