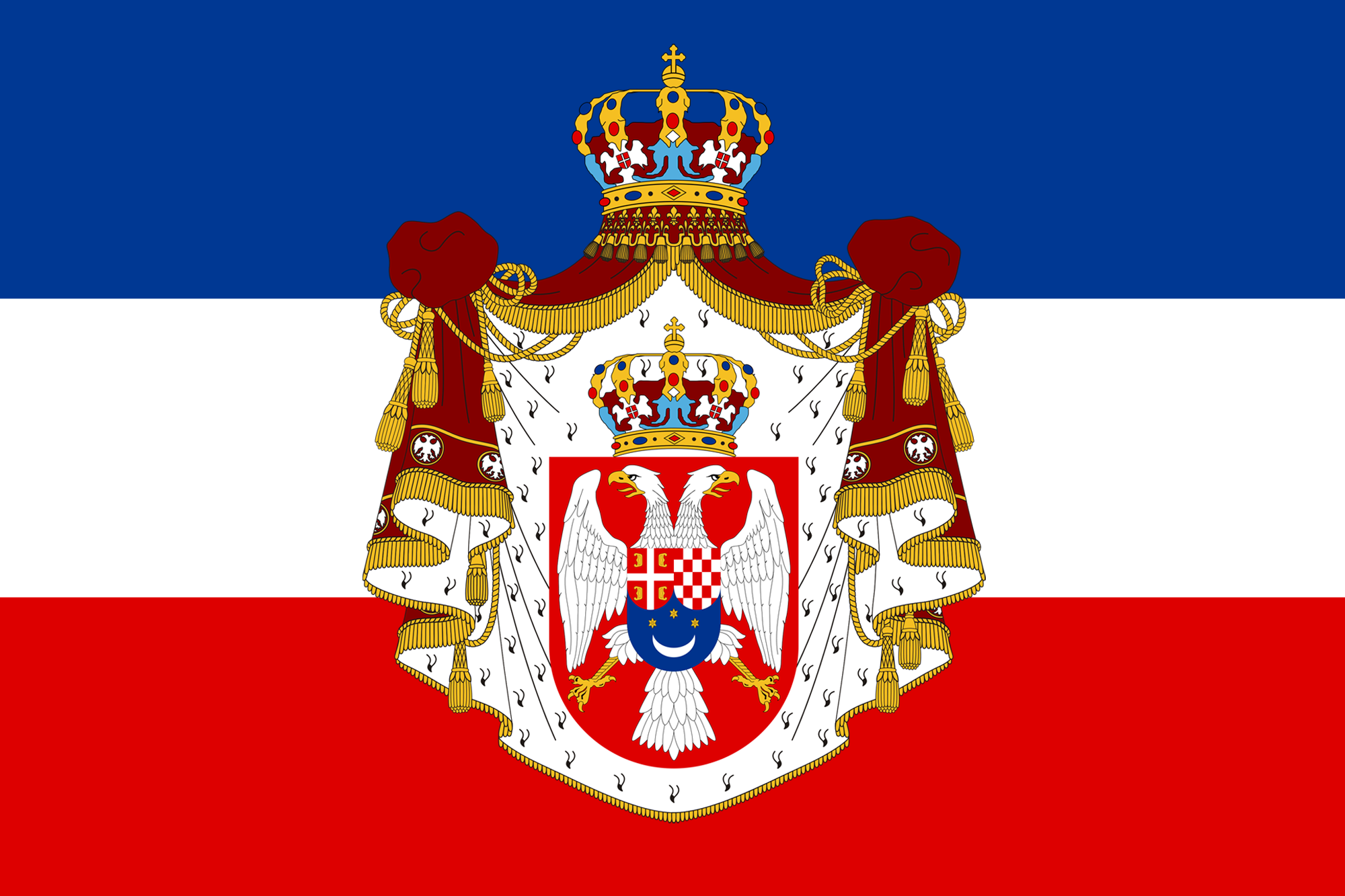 A highlight of Peter II’s 1942 official state visit to the U.S. was his speech before the U.S. Congress. That speech solidified and affirmed Yugoslavia as an ally of the U.S. during World War II.

Following the Axis invasion of Yugoslavia on April 6, 1941, President Franklin D. Roosevelt had issued a statement in support of Peter II and the Yugoslav government.

FDR’s message of April 8, 1941 emphasized that the U.S. would provide aid and assistance to Yugoslavia:

“As I have assured Your Majesty’s Government, the United States will speedily furnish all material assistance possible in accordance with its existing statutes.

“I send Your Majesty my most earnest hopes for a successful resistance to this criminal assault upon the independence and integrity of your country.”

After the U.S. entered the war on December 8, 1942, Yugoslavia became an ally of the U.S. Pursuant to that alliance, Peter was invited on an official state visit to the U.S.

Peter arrived in the U.S. unannounced on Sunday, June 21, 1942 aboard a British bomber from the UK. He had planned on coming on a transatlantic clipper. He stayed in Hot Springs, Virginia where he spent several days incognito. From here he went by train to Washington, DC, greeted there by U.S. Secretary of State Cordell Hull. Then by car they went to the White House where FDR met them. Crown Princess Martha of Norway was also introduced to him.

The welcoming committee on the White House lawn included, in addition to FDR and Cordell Hull, Vice President Henry A. Wallace, Chief Justice of the U.S. Supreme Court Harlan F. Stone, Democratic Texas Senator Thomas Connally, Chairman of the Senate Committee on Foreign Relations, Sol Bloom, Democratic Representative from New York, Chairman of the Committee on Foreign Relations of the House of Representatives, and members of FDR’s cabinet.

They stood at attention as the national anthem of Yugoslavia, Boze Pravde, God’s Truth, and The Star Spangled Banner were played by the U.S. Army Band.

A company of the 176th Infantry of the U.S. Army, a composite company of Marines and a composite company from the U.S. Navy stood at attention. Peter was wearing an all-white Yugoslav naval uniform that U.S. media described as being too large for him. He also wore a white-topped, peaked cap with the Yugoslav Air Force badge and matching white shoes. FDR wore an all-white suit and was shown with a cane. The braces on his feet were inconspicuous but could be seen in photographs when he was seated. The two U.S. naval officers also wore all-white uniforms in the background.

FDR told him: “I’m glad to see you — you look just like your picture.” He spoke with FDR on the lawn then went into the White House where Mrs. Cordell Hull served tea. Mrs. FDR was in New York. In the evening, a State dinner was held in the State dining room of the White House. At the dinner, FDR proposed a toast to the Yugoslavian people and to Peter. Peter then toasted the American people and FDR. FDR stated his admiration for the Yugoslav struggle against aggression. He expressed his sympathy for the trials experienced by the Yugoslav nation and people. He stated that the heroic actions of Yugoslavs today were the hallmarks of a people that had fought for five hundred years for liberty. They had opted for liberty at a time when the forces against liberty and justice where dominant. 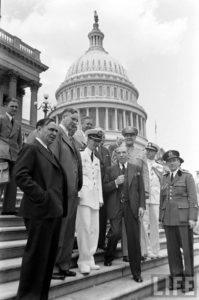 Peter expressed his appreciation for the understanding and moral support given to Yugoslavia by the U.S. He emphasized the strength of the bond between the two nations and the hope and gratitude that Yugoslavs had. He stated that this bond would grow stronger and help in the final victory and the peace that would follow.

At the State dinner in the White House, present were Peter, Constantin Fotich, the Yugoslav Ambassador to the U.S., Momcilo Nincic, the Foreign Minister, Radoje Knezevic, Minister of the Royal Court, Major Svetislav Vohoska, an aide-de-camp to Peter, and Ivan