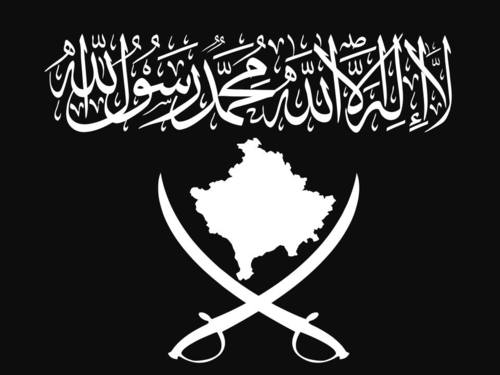 The legal and diplomatic argumets for granting “Kosova” indepence, whether “supervised” or unsupervised, are totally spurious and unfounded. There is no basis in international law or international agreements or the UN Charter for dismembering Serbia by allowing a minority population to secede. The only argument is the argument of force, “the spoils of war”, seeing Kosovo as a spoil of war. This is the only “argument”. But since this is an unpalatable and unconvincing argument, it must be buttressed and camouflaged with the discredited and disproved “genocide” construct, which acts as a convenient obfuscating smokescreen. This argument runs as follows: Since Serbia and the Serbian people collectively committed “genocide” against the Albanian Muslims, “Kosovars”, of Kosovo-Metohija, Serbia has “forfeited” Kosovo. This is a blatantly absurd and preposterous argument with no basis in international law. But the “experts” and the think tanks all unanimously support this monolithic argument. It is the “official” version and represents what can be called the “Party line” on Kosovo among the Western pundits and experts. It is irrelevant and immaterial that the “genocide” allegation was spurious and proven to be false. It will do. Indeed, any argument will do.

Richard Caplan, Professor of International Relations, University Lecturer, and Official Fellow at Linacre College of the University of Oxford in the UK argued, in a response to me,Â that “Kosova” should be granted independence based on the precedent of Bangladesh in 1971:

“The Kosovo question is a difficult one and I will not pretend that there are easy answers. If independence is being contemplated now for Kosovo it is because it is thought by many in the international community that Belgrade forfeited its sovereign rights over Kosovo when it engaged in widespread and systematic violation of Albanian rights under Slobodan Milosevic. This thinking is consistent with the ‘responsibility to protect’ doctrine in the Outcome Document of the 2005 World Summit, which many UN member states have embraced. (See http://www.responsibilitytoprotect.org for further details.) There is a precedent for this action with the international recognition of Bangladesh (formerly East Pakistan) in 1971, which was also hotly debated at the time.

I accept that Serbs and other minorities (notably Roma) in Kosovo have been subject to violent attack and remain vulnerable, although your figures are higher than any I have seen. In view of the chronic lack of security, it is envisaged that Kosovo will, at most, be given ‘supervised sovereignty’–a form of conditional independence–and will only be allowed to enjoy full independence if and when it demonstrates that it is capable of ensuring the protection of all of its residents, majority and minority populations alike. This is not an ideal solution but strikes many, including myself, as the least worst option: the status quo is untenable and the reintegration of Kosovo into Serbia could only be done forcibly in view of strong Albanian sentiments. My hope is that resolution of the Kosovo question will enable Serbia to focus its attention on its future within the European Union.”

The Bangladesh case is not apposite at all. The Kosovo scenario is totally unlike Bangladesh in 1971.

Bangladesh is the 7th most populous country in the world. It has approximately 150 million people. It was the majority when it was part of Pakistan before 1971. So as a majority population, it had the right to secede from Pakistan. Even by the worst case scenario, the population of Bangladesh was equal to that of Pakistan, or very close to matching that of Pakistan. In other words, the Bengals were the largest single ethnic group in Pakistan but were kept down by a coalition of Punjabi, Sindhi, and Pashtun ethnic groups. By contrast, the Albanian Muslim population of Kosovo is a minority population within Serbia, with the Serbian ethnic group the majority. It was really the tail wagging the dog in the Pakistani case. Bangladesh was the majority population but “junior partner” while Pakistan was the minority but “senior partner” when the two made up the nation of Pakistan. Even under the worst case scenario, the two populations were roughly or approximately equal.

Moreover, Bangladesh’s connections to Pakistan were tenuous, artificial, and spurious at best. The “nation” of Pakistan was artificially created by diktat or by decree by a colonial and imperial occupying power, Great Britain, in 1947 unting Bangladesh (known as East Bengal)Â and Pakistan based solely on religion, both regions were Muslim majority areas. Pakistan was a product of the British “partition” of the former colonialÂ possession of India based on religion, separating the Hindu and Muslim populations of India. But any similarities ended with religion. The Bangladesh population was 98% Bengali and spoke Bangla and differed ethnically, linguistically, historically, and culturally from the Pakistanis. The Pakistanis consist of Punjabis, Sindhis, and Pashtuns and spoke Urdu. The only thing that united them was a common religion, Islam. Pakistan, however, is 77% Sunni and 20% Shi’a, while Bangladesh is 96% Sunni and 3% Shi’a. Moreover, Bangladesh (given the oxymoronic name of “East Pakistan”) was separatedÂ from Pakistan by over 1,000 miles.Â Pakistan was obviously a totally artificial and unnatural creation imposed by British imperial and colonial overseers and viceroys.

The nation of Pakistan before 1971 was totally a Western imperial and colonial creation and monstrosity, that was artificial, arbitrary, unnatural, and untenable.

Bangladesh was recognized in 1971 because the Bengali population was a majority population of Pakistan and wanted independence. Indeed, Bangladesh unilaterally declared independence, which it was able to do because India had intervened militarily against Pakistan creating a de facto independent Bagladesh by means of force, by military occupation. Bangladesh was a spoil of war. Moreover, Indian military intervention made it a spoil of war regardless of other factors because of the strategic reality on the ground that was created. In other words, India had militarily seized and occupied Bangladesh. The secession from Pakistan was an accomplished fact, achieved de facto.

The Bangladesh “genocide” argumentÂ Caplan proposed is totally spurious and untenable. The number of civilians who died during the conflict ranges from 30,000 to 2 million. There is very little in the way of documentation or verification of the numbers.Â The civilianÂ tollÂ remains highly speculative and the numbers are exaggerated. It only gave propaganda cover to the invasion and military occupation by Indian troops. It obfuscated the real issues. Moreover, Caplan conveniently ignoresÂ the retaliatory “genocide” or revenge massacres committed against Pakistanis and against Bengali “collaborators” after Indian troops defeated the Pakistani forces. As many as 150,000 Pakistanis were estimated to have been murdered in revenge by the Bengalis or Bangladeshis.

The Bangladesh case has no relevance or connection to the Kosovo scenario. Kosovo was not an ad hoc colonial addition to Serbia based on religion. Kosovo has been an internationally recognized part of Serbia since 1912. The Albanian population is a minority in Serbia and was in Yugoslavia. The majority population, the Serbian population, decides whether to grant secession or not, not the other way around. US policy in Kosovo turns democracy upside down and on its head. Moreover, the Albanians already have an independent state, Albania, which has been sovereign and independent since 1912. Creating a second Albanian state would be to create a Greater Albania and would be ludicrous. Why create two Albanian states? By contrast, the Bengals of Bangladesh did not have their own independent nation until 1971 when Bangladesh seceded. The other large Bengali population resides in the easternÂ part of India. Second, Bangladesh was almost entirely made up of Bengali Muslims. In Kosovo, there is a large Serbian Orthodox Christian and Roma population. The Serbian presence in Kosovo actually precedes the Albanian Muslim presence there. Under Ottoman Turkish occupation and annexation of the province, Albanian Muslims drove out and expelled Serbian Christian population, changing the population mix of Kosovo by force and by means of expulsions. Secession by Kosovo would reward a real genocide committed against Serbs by Albanian Muslims.

Finally, the genocide allegation in Kosovo has been totally disproved. The genocide campaign was manufactured by the US government and media to buttress the illegal bombing and subsequent occupation of Kosovo, which is based on force, not law. The Kosovo case is entirely based on the rule of force. Kosovo is a spoil of war.

Allowing Albanian Muslim separatists and terrorists to “win” and to secede in Kosovo will not lead to stability and peace in Europe but to future war. Serbia will seek to regain its illegally seized territory. Moreover, “Kosova” is only the first step in the Greater Albania expansionist ideology, not the last. After “Kosova” comes Illirida, the Albanian-populated region of Western Macedonia. Then come Albanian areas of Montenegro. And finally, Chameria in northern Greece. And there is always “Eastern Kosova”, the Albanian-inhabited region of southern Serbia which also seeks “independence” and “freedom” and annexation to “Kosova”. Kosovo is a powder keg that will explode in the future. By arbitrarily siding with Albanian Muslim separatists merely because they are our proxies and puppets today ensures future instability and conflict.

There is no basis for assuming that the US plan for Kosovo will ever work. It assumes people are stupid and ignorant and can’t figure out what is going on. I think this is what the “experts” thought with Germany in 1918. The Germans were not very amused and they wanted somebody to pay. Destroying and dismembering Germany in 1918 based on the spurious concept of “war guilt”, that Germany and the German people were “guilty” for the war and thereby “forfeited” their territory, had terrible repercussions and consequences for everybody. Now a similar result is being contemplated with Kosovo. If we go by history, Kosovo will remain a powder keg that will lead to future instability and conflict. 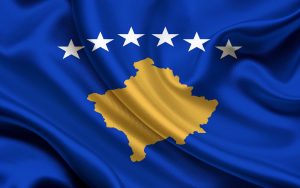 Publish your articles on global politics, history, and international relations online & advertise your website for a moderate charging fee at www.global-politics.eu (contact: globalpol@global-politics.eu). For more details see the Submission section on our website. We would like to ask you to consider a small donation to help our team keep working. We mainly rely only on you, our readers, to keep us digging the truth on history, global politics, and international relations. Follow us on our social platforms!
+ +
<script type='text/javascript' src='https://global-politics.eu/wp-content/themes