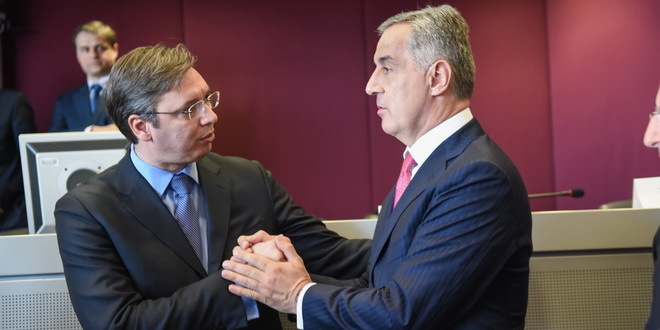 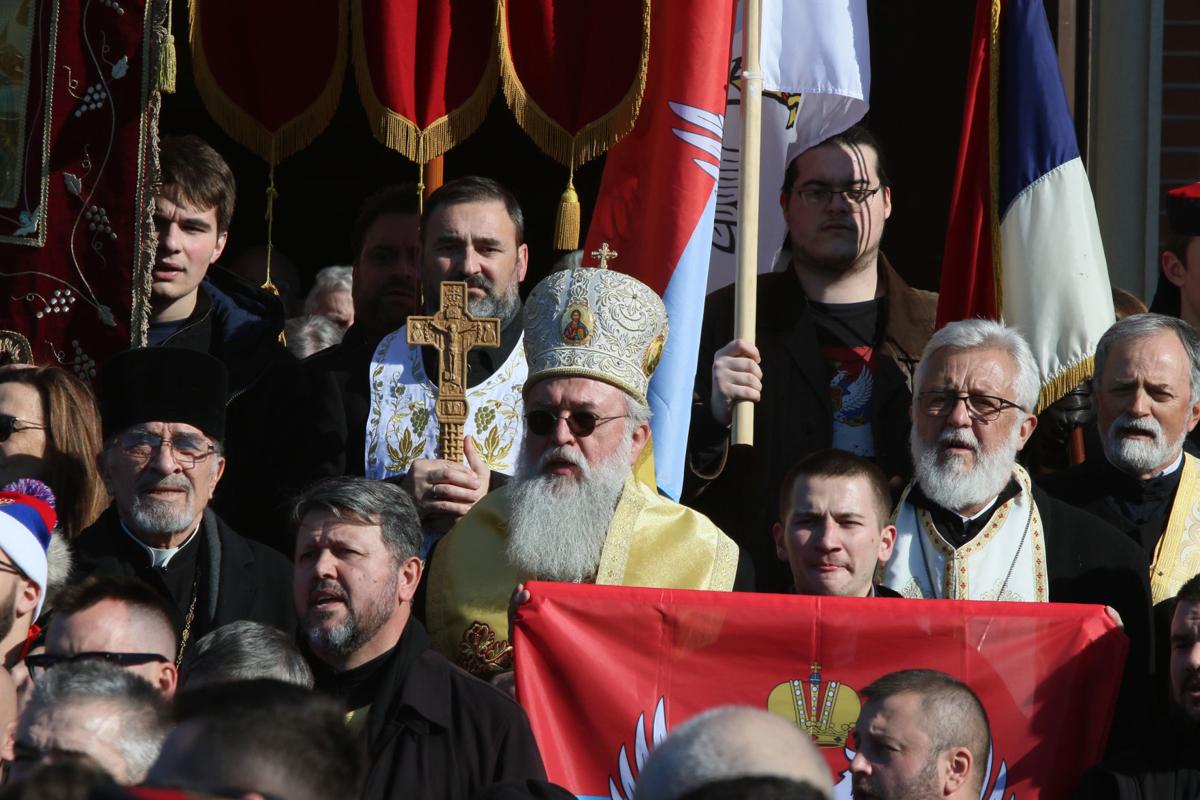 Arrest and detention of three days for Joanikije, Bishop of Budimlye and Niksic, and eight priests of the Orthodox Cathedral of St. Basil of Ostrog in Nikšić has sparked tensions in Montenegro again. Namely, after the prayer procession that had been held in Nikšić on May 12th, on the feast-day of St. Basil of Ostrog, a 72-hour detention was ordered for Bishop Jonikije, Fr. Slobodan Jokic, Fr. Danilo Zirojevic, Fr. Zeljko Rojevic, Fr. Ostoja Knezevic, Fr. Mirko Vukotic, Fr. Vasilije Brboric, Fr. Dragan Krusic and Fr. Nikola Marojevic.

Protests in support of those arrested have taken place in several cities across the country, with police making arrests and detaining protesters. However, pressure on the Serbian Orthodox Church is in line with the policy of assimilation of Serbs into Montenegrins.

This process began under Yugoslav communism, but, in this process, it is important to highlight the geopolitical turning point in 1997, when the current regime under Milo Djukanovic began to implement openly anti-Serb policy. Because under communism, although almost everyone had to declare themselves nationally as Montenegrins, they were nonetheless Montenegrins who were in the Serbian/Slavic cultural and historical circle. However, since 1997, the current government in Montenegro has started the project of independent Montenegro, with the ultimate goal that Montenegrins no longer belong to the Serbian/Slavic cultural and historical circle. No less important is the task of keeping the number of Serbs in Montenegro at the level of statistical error. The entire policy of the ruling party in Montenegro comes down to the fact that Serbia, and now Russia, are external enemies, while Serbs in Montenegro are internal enemies. 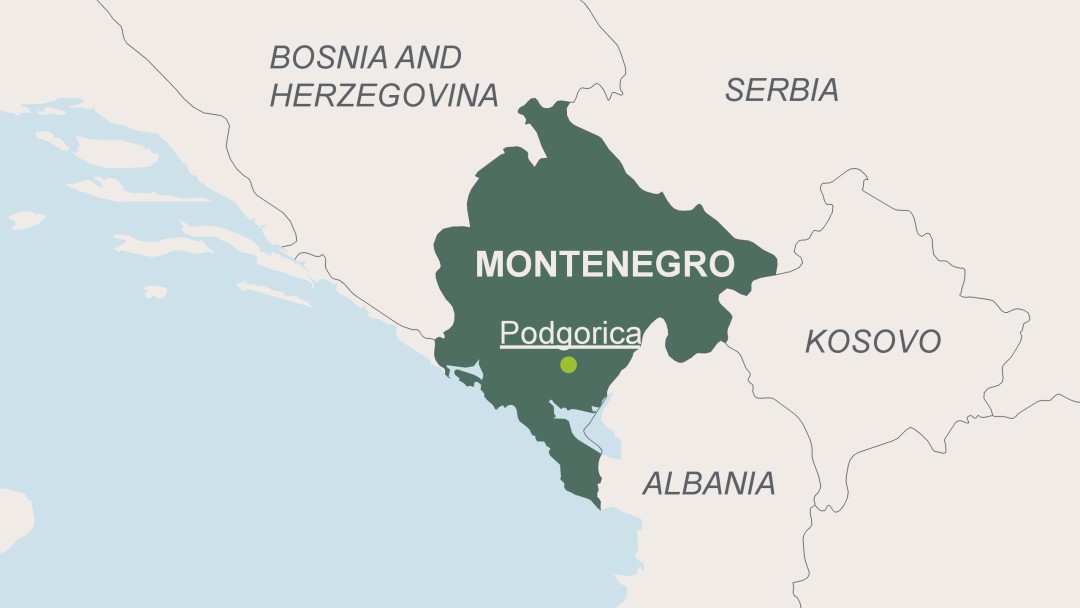 However, it turned out that Serbs were a harder nut than expected, so the assimilation process did not go as quickly as expected. Although the independence referendum was held in 2006, the current government has failed to impose a Montenegrin identity on Serbs. And if all post-war censuses from 1948 to 2011 were fictitious and did not reflect the real situation, and on such census in 2011 there were “too many” Serbs. According to the US Central Intelligence Agency (CIA), 42.9 percent of Montenegrin people speak Serbian, and another two percent speak Serbo-Croatian, while Montenegrin speak 37 percent. Also interesting is the survey of CEDEM agency, which is close to the ruling party, according to which 46.6 percent of respondents believe that in Montenegro should only exist Serbian Orthodox Church, while only 4.9 percent believe that there should be only the Montenegrin Orthodox church.

The main objective of the current government is not only to build new generations through a purely Montenegrin identity, but through an anti-Serb identity. This process cannot be performed overnight, it takes time. In accordance with that, there was a Serbian writer expulsion from school textbooks, the introduction of two new characters, which even president of Montenegro Milo Djukanovic does not use.

Revision of history, recognition of Kosovo, the presence of a Montenegrin officer at the celebration of the Croatian military operation “Storm” (which carried out the largest ethnic cleansing since World War II), Montenegro’s entry into NATO and open attack on the Serbian Orthodox Church, clearly indicate that the authorities are entering to the final phase of Serb assimilation. The system of work of the Democratic Party of Socialists and its political partners is simple. Authorities carry out assimilation, and encourages Serbs to emigrate. Serbs who cannot withstand social pressure are forced to leave Montenegro. However, those who are unable to leave Montenegro are forced to assimilate and become national Montenegrins. The Montenegrin national project is implemented primarily through economic pressure, that is the main lever for the assimilation of Serbs. And besides, there is strong pressure in the media, education system, cultural institutions… And as time goes the regime is becoming more violent.

Warning of US hawk

Why Milo Djukanovic and the Democratic Party of Socialists have Western support, explains openly one of the main American hawks for the Balkan – Daniel Serwer. In his statements, Serwer clearly states that there is no good opposition in Montenegro, because the opposition in Montenegro is not pro-NATO and pro-European, and it is not for an independent Montenegro.

“There is now no room for President Milo Djukanovic to step down because opposition forces in Montenegro are not only questioning NATO membership and joining the EU, but also Montenegrin independence. Government changeability is necessary and I would like to see it, better sooner rather than later. I also said that directly to the president, “explains Server.

Serwer also added that any change in government must offer an alternative. 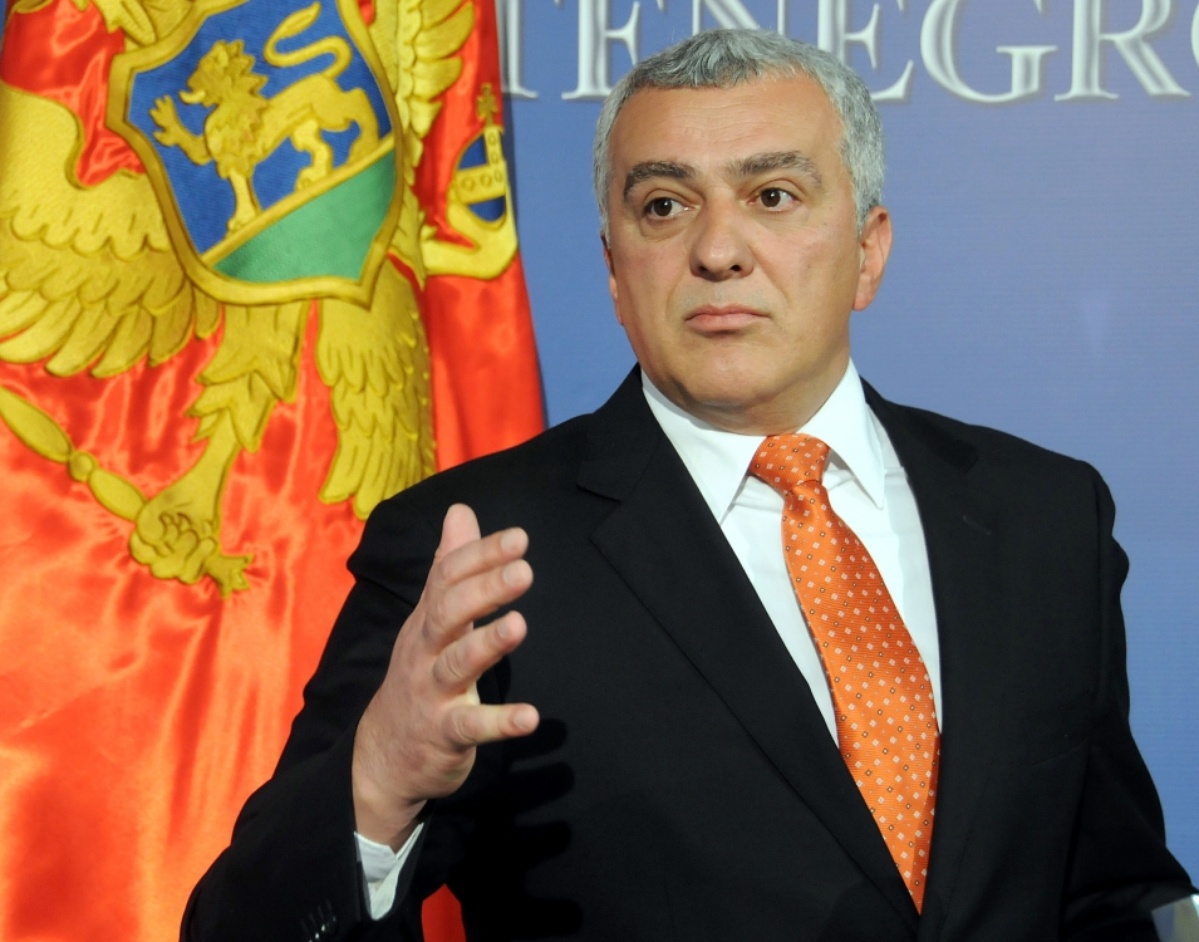 “That is my point: without serious opposition, which is not tied to Moscow, it will be impossible for Djukanovic or his party to leave power. But that day should come. No one should stay in power forever. It’s been a long time, though recognition must be given to the President for leaving office several times, “he stated.

Serwer “explained” that creating a serious opposition that is not influenced by the Kremlin is a long process.

“I do not think that the process of creating a pro-European opposition should wait for membership in the European Union. Already then, Montenegro should be a serious democracy. Of course, this process of creating opposition forces that will not rely on Moscow will take years. The time to begin this process is now. It is important to emphasize that those who oppose (Montenegrin) independence and NATO membership cannot form that serious pro-European opposition,” stated Server.

The Machine can work without Djukanovic

However, the process of creating a pro-NATO and pro-European opposition has already begun, and gives excellent results. Political party the Democratic Montenegro is today the strongest opposition party in Montenegro. And things will only get worse for Serbs and pro-Russian parties unless their policies, which have been catastrophic so far, change. At present, the main focus of the ruling party – apart from winning the next parliamentary elections – is the census, which will be held in 2021. The Government’s goal is to make ethnic Montenegrins a majority nation, with less than 20 percent of Serbs. That is why the activity of the Montenegrin institutions, which  is visibly intensified, will in future only be more brutal.

The striking brigade for the implementation of this plan is administration under Government control, that does strong economic pressure on Serbs. In addition to strong economic pressure, there is also media pressure in which an open revision of history is performed. However, some analysts think that it is enough that Milo Djukanovic leave the power, and that the Serbs after that will once again be the majority in Montenegro. But, they are wrong! Because, we could see that even when Djukanovic was withdrawing, the anti-Serb machine was working excellent. The reason for this is that the seat of the anti-Serb machine is not in Montenegro, but outside. Behind the anti-Serb machine in Montenegro are liberals from the West. It is reasonable to suspect that the forthcoming census will be adjusted by the Government of Montenegro according to their interests, intentions and goals. Recent data on the number of Serbs working in Montenegrin institutions – presented by journalist Gojko Raicevic – was just another confirmation of discrimination against Serbs in that country. According to a document published by the Ministry of Human and Minority Rights in 2015, it is clear that Serbs have been expelled from the Montenegrin system.  Without a doubt, now the situation is even worse. 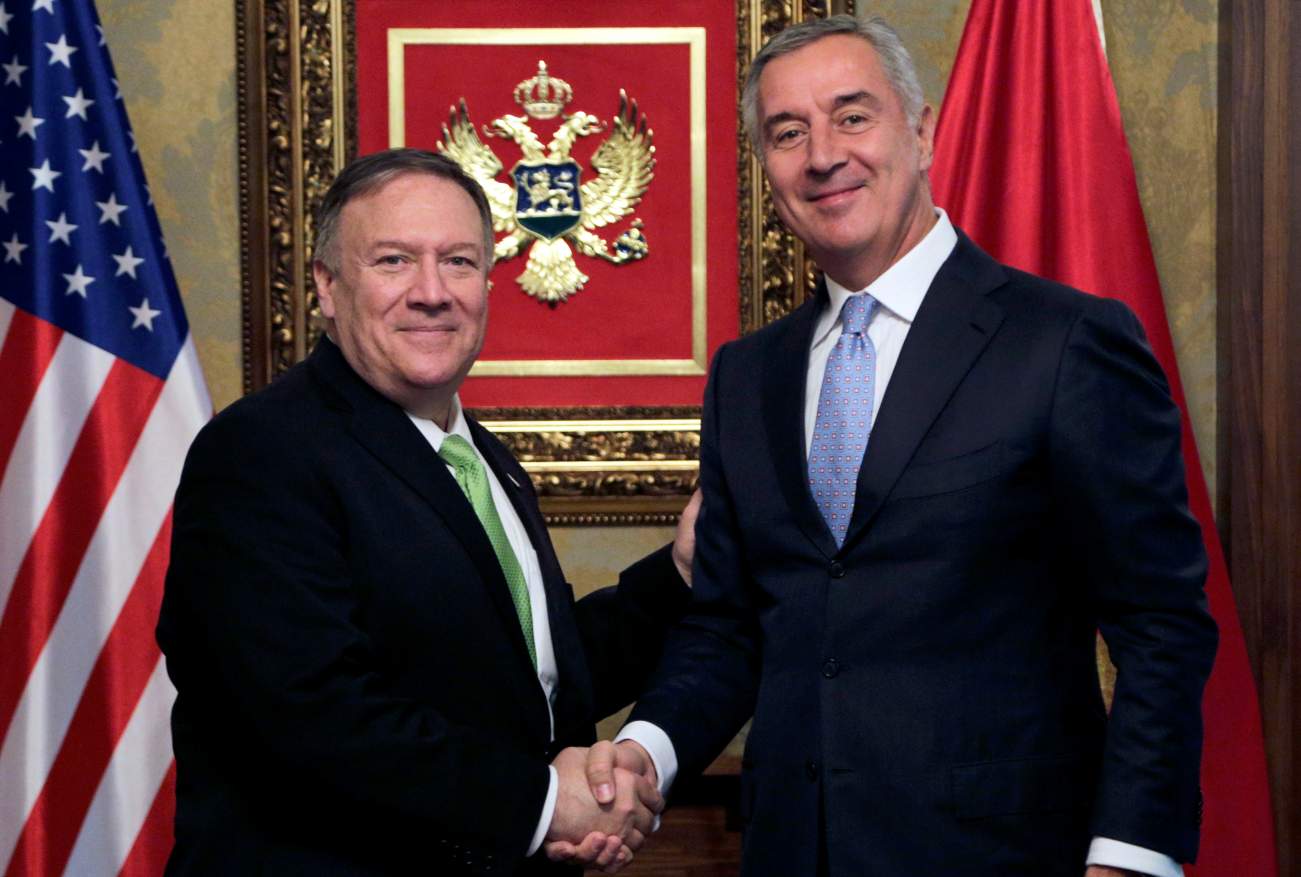 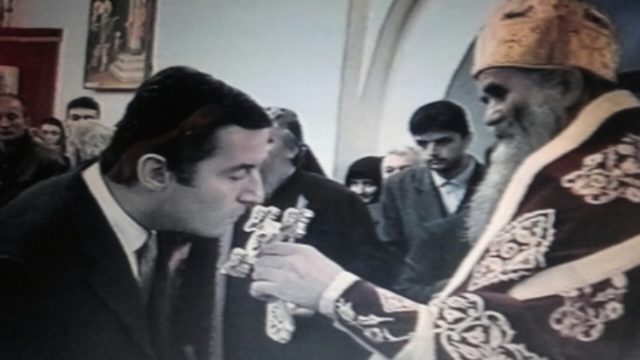