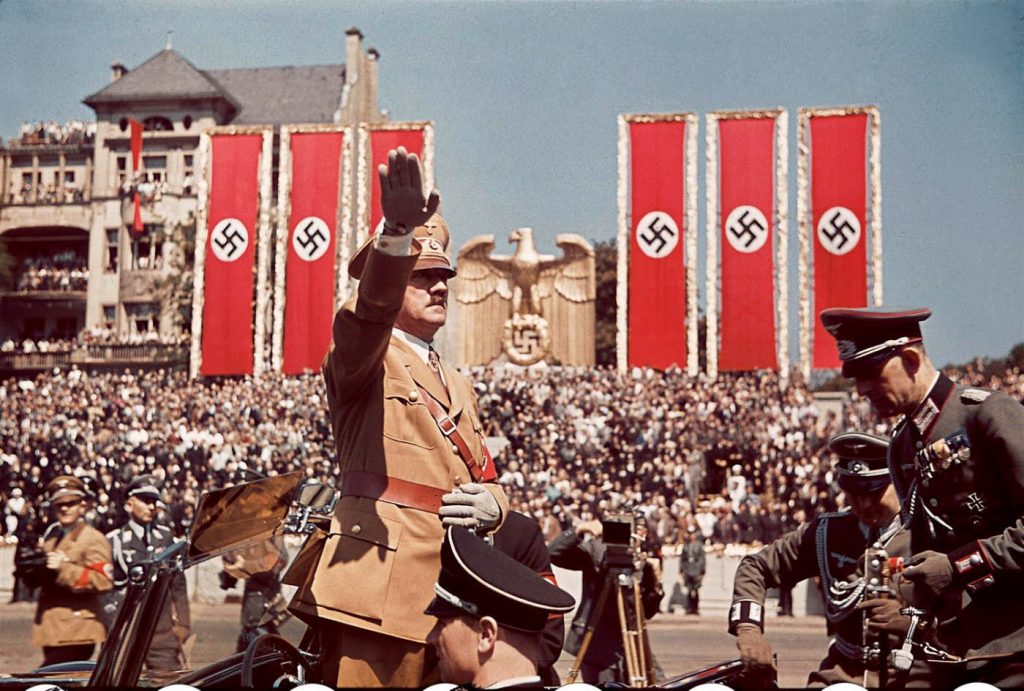 With criminal corporate monopoly media masking the US created prosecutable genocide ongoing in Yemen, Somalia, South Sudan, Syria, Iraq and Afghanistan by focusing attention on Russia, fantasized  as a dangerous enemy needing military confrontation, it might be a good time to review past US planned, facilitated and at times perpetrated genocidal crimes in Russia. History in context kind of puts to rest all the hype about evil Russia seeking to expand when it already is the largest country in the world spanning nine time zones with only half the population of the US to fill it.

In 1900, Russia and America were allies invading China along with the rest of the capitalist empires, but from September 1918 through to July 1919 the US had two armies in Russia shooting Russians, one in Archangel, the other in Vladivostok, The aim wasn’t called ‘regime change’ back then, but it was.

After suffering more dead that the other empires in colonial powered Europe’s First World War, Russians had overthrown their Tsar and their capitalists, and had declared a socialist government. Immediately, fourteen armies from twelve capitalist countries had invaded Russia in order to overthrow the new Russian socialist government with a civil war that would cause millions of deaths, three million from Typhus alone. The US, as well as the other nations invading, had been Russia’s WW I allies only a few months before. There are official US Army photos of Americans standing over dead Bolsheviks* posted in the margins of Wikipedia’s articles, Polar Bear Expedition and the American Expeditionary Force Siberia (*‘bolshevik’ in Russian means ‘majority’ referring to past voting results).

The capitalist nations backed civil war carnage failed to overthrow the socialist government in Russia, but the most monstrous plan ever conceived was to follow and is succinctly reviewed in the few quoted paragraphs below by Irish journalist Finian Cunningham.

“The Western public, inculcated with decades of brainwashing versions of history, have a particular disadvantage in coming to a proper understanding of the world wars…

A very different ‘version’ of history has been concealed, a ‘version’ that puts the Western rulers in an altogether more pernicious category from their ordinary citizens.

European fascism headed up by Nazi Germany, along with Mussolini in Italy, Franco in Spain and Salazar in Portugal, was not some aberrant force that sprang from nowhere during the 1920s-1930s. The movement was a deliberate cultivation by the rulers of Anglo-American capitalism. European fascism may have been labeled “national socialism” but its root ideology was very much one opposed to overturning the fundamental capitalist order. It was an authoritarian drive to safeguard the capitalist order, which viewed genuine worker-based socialism as an enemy to be ruthlessly crushed.

This is what made European fascism so appealing to the Western capitalist ruling class in those times. In particular, Nazi Germany was viewed by the Western elite as a bulwark against possible socialist revolution inspired by the Russian revolution of 1917.

It is no coincidence that American capital investment in Nazi Germany between 1929-1940 far outpaced that in any other European country, … The industrial rearmament of Germany (despite the strictures of the Versailles Treaty signed at the end of World War One, which were ignored) was indeed facilitated by the American and British capitalist ruling classes. When Hitler annexed Austria and the Czech Sudetenland in 1938, it was ignored. This was not out of complacent appeasement, as widely believed, but rather out of a far more active, albeit secretive, policy of collusion.

According to Alvin Finkel and Clement Leibovitz in their book, The Chamberlain-Hitler Collusion, British Conservative leader Neville Chamberlain and his ruling cohort were intent on giving Nazi Germany a “free hand” for eastward expansionism. The real target for the Western sponsors of the Nazi war machine was an attack on the Soviet Union in order to destroy, in their view, the source of international revolutionary socialism. In the 1930s, the very existence of capitalism was teetering on the edge amid the Great Depression, massive poverty and seething popular discontent in the US, Britain and other Western countries. The entire Western capitalist order was under imminent threat from its own masses.

This is the historical context for the Western-backed rise of European fascism. Look at some of the undisputed figures from the Second World War… Some 14 million Red Army soldiers died in the eventual defeat of Nazi Germany, compared with less than 400,000 military each from the US and Britain. These Western armies lost less than 4 per cent of personnel of the Red Army’s casualties.

These figures tell us where the Nazi German war effort was primarily directed towards – the Soviet Union, as the Western imperialist rulers had hoped in their initial sponsoring of Nazi and other European fascist regimes during the 1930s.  [Quoted from Finian Cunningham’s article World War II Continues… Against Russia, PressTV, 5/10/2014 (underlining added)”.

There is simply no way impoverished Nazi Germany could have on its own built its Armed Forces up to number one military in the world during the first seven years of Hitler’s rule without the colossal and crucial investments in, and joint venturing by, top US corporations in low wage Nazi Germany- in outright evasion of the Versailles Treaty prohibition of German rearmament. There is no way Hitler could have begun a world war and multi-nation Holocaust when he did without the mega enormous financial help he received from the USA.

In a world deep in the chaos of the Great Depression, a dismal failure of rule by the banks of the capitalist colonial powers, Nazi Germany was to be a loaded gun pointed, and eventually fired, at the intolerably successful socialist Soviet Union. Good to remember that all this investment and joint venturing took place while Hitler ranted publicly about his intentions regarding communists, socialists and Jews. If no investing in Hitler’s Nazi Germany, there would have been no World War Two, no multi-nation Holocaust and no million plus Holocaust survivors mercilessly refused refuge and used to produce a Western enclave in the midst of the oil rich Muslim Middle East.

Below are excepts from British American Anthony B. Sutton’s ‘Wall Street and the Rise of Hitler,’ Chapter One – ‘Wall Street Paves the Way for Hitler.’ (Anthony Sutton was research fellow at Stanford University’s Hoover Institution from 1968 to 1973).

“The contribution made by American capitalism to German war preparations before 1940 can only be described as phenomenal. It was certainly crucial to German military capabilities. For instance, in 1934 Germany produced domestically only 300,000 tons of natural petroleum products and less than 800,000 tons of synthetic gasoline; Yet, ten years later in World War II, after transfer of the Standard Oil of New Jersey hydrogenation patents and technology to I. G. Farben, Germany produced about 6 1/2 million tons of oil — of which 85 percent was synthetic oil using the Standard Oil hydrogenation process.

Germans were brought to Detroit to learn the techniques of specialized production of components, and of straight-line assembly. The techniques learned in Detroit were eventually used to construct the dive-bombing Stukas …. later I. G. Farben representatives in this country enabled a stream of German engineers to visit not only plane plants but others of military importance. Contemporary American business press confirm that business journals and newspapers were fully aware of the Nazi threat and its nature.

The evidence presented suggests that not only was an influential sector of American business aware of the nature of Naziism, but for its own purposes aided Naziism wherever possible (and profitable) —with full knowledge that the probable outcome would be war involving Europe and the United States.

Synthetic gasoline and explosives (two of the very basic elements of modern warfare), the control of German World War II output was in the hands of two German combines created by Wall Street loans under the Dawes Plan.

The two largest tank producers in Hitler’s Germany were Opel, a wholly owned subsidiary of General Motors (controlled by the J.P. Morgan firm), and the Ford A. G. subsidiary of the Ford Motor Company of Detroit. The Nazis granted tax-exempt status to Opel in 1936, to enable General Motors to expand its production facilities.  Alcoa and Dow Chemical worked closely with Nazi industry.

In brief, American companies associated with the Morgan-Rockefeller international investment bankers were intimately related to the growth of Nazi industry. It is important to note … that General Motors, Ford, General Electric, DuPont and the handful of U.S. companies intimately involved with the development of Nazi Germany were — except for the Ford Motor Company — controlled by the Wall Street elite — the J.P. Morgan firm, the Rockefeller Chase Bank and to a lesser extent the Warburg Manhattan.”

No one will regret the time spent in reading Anthony Sutton’s Wall Street and the Rise of Hitler 1976, available at [https://www.voltairenet.org/IMG/pdf/Sutton_Wall_Street_and_Hitler.pdf].

Sutton was economics professor at California State University, Los Angeles and a research fellow at Stanford University’s Hoover Institute from 1968 to 1973. 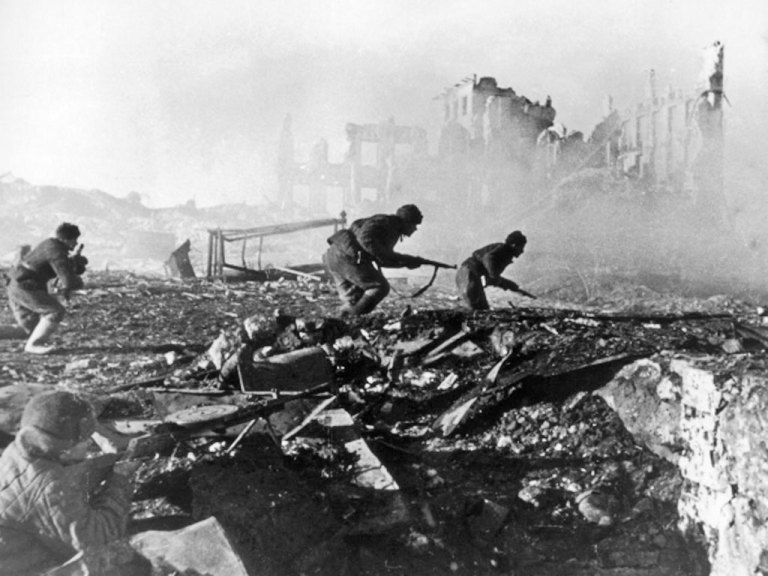 Sutton makes it clear that his book “is not an indictment of all American industry and finance. It is an indictment of the “apex” — those firms controlled through the handful of financial houses, the Federal Reserve Bank system, the Bank for International Settlements, and their continuing international cooperative arrangements and cartels which attempt to control the course of world politics and economics.”

That WW II was a ‘good war,’ a clear fight against what a madman had brought about, has been a major and fundamental deception solidified in Wall Street owned media and movies. World War Two represented the most profitable investment ever made. When WW II ended, the only major industrial plant standing was that owned by Wall Street. Wall Street and the US government Wall Street controlled, had become the first single world superpower in history. A further boon for Wall Street was that the cities of Wall Street’s designated archenemy, socialist model USSR, lay half in ruins with twenty-seven million of its citizens dead, which represented nearly half of all the deaths during all of WW II in Europe, Africa and Asia. Seven years before the outbreak of WWII, during this rearming of Nazi Germany, Franklin Delano Roosevelt, the last aristocratic insider US President, wrote to his confidant Colonel House “as you and I know, this