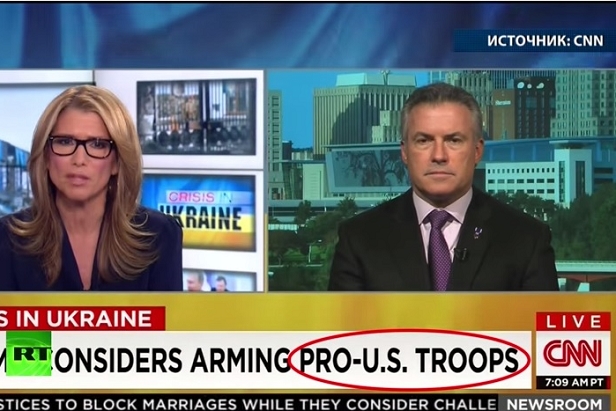 Numerous outstanding writers and journalists have commented cogently on Mainstream media lying and censorship and for alphabetically-organized compendia of such views see the websites “Mainstream media lying” [1] and “Mainstream media censorship” [2]. In particular, Eric Zuesse (an historian and the author, most recently, of “They’re Not Even Close: the Democratic vs Republican Records 1910-2010” and of “Christ’s ventriloquists: The event that created Christianity”) has commented incisively on “the most suppressed news of all – news about the news-suppression by the ‘news’-media” (2014):

“Recognize how extremely far from being a democracy today’s United States has, in fact, become. This is the most shocking realization of all, because it’s the most suppressed news of all – news about the news-suppression by the ‘news’-media…. That’s how dire the condition of what used to be American democracy has now become. The biggest news-story of all is thus the one that is, and that will inevitably be, the most suppressed news-story of all: the news-suppression itself. It extends from the major ‘news’-media to the alternative and even to the specialized ‘news’-media… He [Edward Snowden] raised the extremely serious question as to whether, and the extent to which, a government can lie to its public and still be a democracy. That’s the question. How can the public have a government representing informed consent, if the ‘news’ media are constantly, and systematically, lying about the most important things, and covering up that government’s worst, most heinous, crimes? Yet, this is what Americans have today. The United States is thus no longer a model for any country except for a dictatorship. How likely is it that America’s press will let the American public know this now-established fact? Something’s wrong — and it’s not people such as Edward Snowden” [3].

Barbara Kingsolver (American novelist, essayist, poet and author of “The Poisonwood Bible” and other powerful works) explores Mainstream, media lying by omission in her great novel “The Lacuna” (lacuna meaning hiatus, blank, missing part, gap, cavity, or empty space) which has Russian Communist revolutionary and theorist Leon Trotsky (Lev) and his secretary Van having the following discussion about media (2009):

“But newspapers have a duty to truth”, Van said. Lev [Trotsky] clicked his tongue. “They tell the truth only as the exception. Zola [French novelist of “J’accuse” fame] wrote that the mendacity of the press could be could be divided into two groups: the yellow press lies every day without hesitating. But others, like the Times, speak the truth on all inconsequential occasions, so they can deceive the public with the requisite authority when it becomes necessary.” Van got up from his chair to gather the cast-off newspapers. Lev took off his glasses and rubbed his eyes. “I don’t mean to offend the journalists; they aren’t any different from other people. They’re merely the megaphones of other people” … [Trotsky observes to his assistant Shepherd] “Soli, let me tell you. The most important thing about a person is always the thing you don’t know” [4].

The lying journalists of corporate-owned Mainstream media can attempt to justify their lying by omission in terms of responsibility to the shareholders over-riding the responsibility they have for their readers and the public in general. A very good example of this neoliberal perversion is provided by John Perkins in his book “Confessions of an Economic Hit Man” in which he describes how he spent most of his corporate life deliberately deceiving Developing Country governments in the interests of US corporate clients. Eventually his conscience outweighed the generous rewards from his employers and clients, but he sadly observes at the end of the book that while he knew what he would be doing was wrong when he was recruited straight out of university in the early 1970s, today business studies students in our universities are taught that their prime moral obligation is to the shareholders and not to truth.

However “fake news” via lying by omission is most shocking when it is shamelessly purveyed by non-corporate, taxpayer-funded, national media such as Australia’s taxpayer-funded Australian Broadcasting Corporation (ABC) that is Australia’s equivalent of the taxpayer-supported UK BBC (British Broadcasting Corporation). Now lying by commission and massive lying by omission are entrenched both the ABC [6] and the BBC [7] but it is of particular interest here to get hard evidence that the ABC and the BBC lie by omission about their lying by omission. Fortunately, the ABC and the BBC have Search functions that enable one to quantitate relative reportage and non-reportage of particular matters by these lying organizations, as detailed below.

A Search of the UK BBC (on April Fool’s Day, 1 April 2017) for the term “lying by omission” yields only 6 items, with the 2 most recent (2014) about an actress “coming out” as a lesbian: “I am tired of hiding and I am tired of lying by omission”. In stark contrast, a search of the BBC for “fake news” yields about 360 items that are overwhelmingly in 2017. The lying BBC hides the horrendous reality of its fake news as lying by omission behind a barrage of “fake news” as inconsequential concoctions dreamed up by the “yellow press” and on the Web. Alarmingly, this Search of the BBC for ”fake news” throws up repeated calls for legislated and other censorship of Alternative media and the Web in addition to that already applied by authoritarian governments, Facebook and Google. One notes that a Google Search for “lying by omission” yields 139,000 results whereas a Google Search for “fake news” yields 32 million.

A Search of the Australian ABC (on 1 April 2017) for the term “lying by omission” yields 26 items, with none more recent than 2014, and 10 out of these 26 items being uncensored comments about ABC programs by one Dr. Gideon Polya (me).- there would have been more comments by me but remorseless censorship by the Neocon American and Zionist Imperialist (NAZI)-perverted and subverted ABC has effectively cut off this avenue for opposing ABC “fake news” and lying by omission [6]. In marked contrast, a Search of the ABC for “fake news” yielded 277 items of which 162 were from 2017.

Outstanding expatriate Australian journalist John Pilger has written cogently about lying by omission and” historical amnesia” (2012): “ Writing in his personal blog, ever so quietly, Jon Williams, the BBC world news editor, effectively dishes his own ‘coverage’, citing Western officials who describe the ‘psy-ops’ operation against Syria as ‘brilliant’.

As brilliant as the destruction of Libya, and Iraq, and Afghanistan. And as brilliant as the psy-ops of the Guardian’s latest promotion of Alastair Campbell, the chief collaborator of Tony Blair in the criminal invasion of Iraq. In his “diaries”, Campbell tries to splash Iraqi blood on the demon Murdoch. There is plenty to drench them all. But recognition that the respectable, liberal, Blair-fawning media was a vital accessory to such an epic crime is omitted and remains a singular test of intellectual and moral honesty in Britain. How much longer must we subject ourselves to such an “invisible government”?

This term for insidious propaganda, first used by Edward Bernays, the nephew of Sigmund Freud and inventor of modern public relations, has never been more apt. “False reality” requires historical amnesia, lying by omission and the transfer of significance to the insignificant. In this way, political systems promising security and social justice have been replaced by piracy, “austerity”, and “perpetual war”: an extremism dedicated to the overthrow of democracy. Applied to an individual, this would identify a psychopath. Why do we accept it?” [8].

In the 2003-2011 Iraq War about 1.5 million Iraqis died from violence, and 1.2 million died from war-imposed deprivation [9]. However BBC estimates of Iraqi deaths in the Iraq War range from 90,000 to about 600,000, while the Australian ABC’s estimate on the occasion of US withdrawal in 2011 was a genocide-ignoring “tens of thousands”. The UK and Australia have invaded 193 and 85 countries, respectively, are both now into their 8th Iraq War since 1914, and are intimately involved in the Zionist-backed US War on Muslims (aka the US War on Terror) which has been associated, so far, with 32 million Muslim deaths from violence, 5 million, or from imposed deprivation, 27 million, in 20 impoverished countries invaded by the US Alliance since the US Government’s 9-11 false flag atrocity [9].

What can decent people do in the face of burgeoning and deadly Mainstream imposition of “false reality” by lying by omission “fake news”? All that decent, informed people can do is to (a) inform everyone they can, and (b) urge and apply Boycotts, Divestment and Sanctions (BDS) against Mainstream media, politicians and pliant intellectuals involved in deadly “fake news” lying by omission. Peace is the only way but silence kills and silence is complicity.