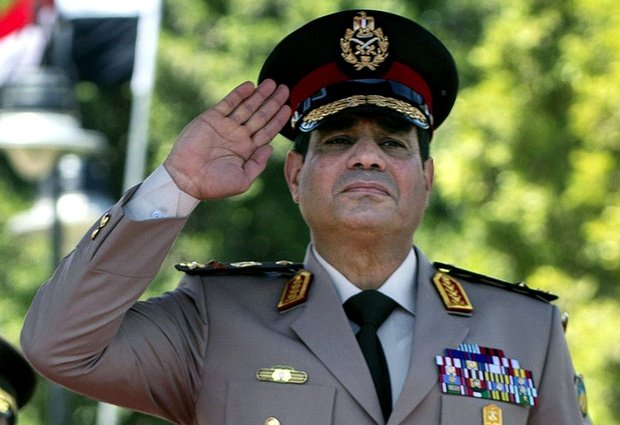 After the meeting Trump told the press: “We agree on so many things. I just want to let everybody know, in case there was any doubt, that we are very much behind President el-Sisi. He’s done a fantastic job in a very difficult situation.”

By “a fantastic job” Trump was apparently referring to the massacre of hundreds of innocent Egyptians in the aftermath of US-endorsed coup against a democratically elected President. It may be recalled, on 14 August 2013 el-Sisi’s security forces raided two camps of protesters in Cairo: one at al-Nahda Square and a larger one at Rabaa al-Adawiya Square, massacring at least 817 pro-Morsi demonstrators, according to the Human Rights Watch. This is known as Rabaa Massacre. According to the Egyptian Health Ministry, 638 people were killed and at least 3,994 were injured on 14 August .

Since the overthrow of the popularly elected Mohamed Morsi, a Muslim Brotherhood member, el-Sisi has cracked down on his group. El-Sisi also has taken a heavy hand on Egyptians who’ve deemed his presidency illegitimate.

In October last, a kangaroo court in Cairo confirmed a 20-year prison sentence against Mohamed Morsi.  In April 2015, he was sentenced to 20 years in prison for inciting violence against protesters who had staged a sit-in outside the Ittihadiya presidential palace in December 2012, when Morsi was still in power.

This was  el-Sisi’s first official state visit to Washington as Egypt’s president. That’s because although the US has long viewed Egypt as a vital strategic ally in the Middle East, President Obama steadfastly refused to meet with the Egyptian dictator probably over concerns about serious human rights abuses carried out by el-Sisi’s security forces — including torture, mass detention, and forced disappearances of journalists, aid workers, activists and students.

According to Al Jazeera, ahead of the meeting, senior US officials had said the issue of human rights violations in Egypt would not be addressed publicly during el-Sisi’s visit, which was widely condemned by rights groups and protesting campaigners.

Since the July 2013 coup, a police crackdown against the Muslim Brotherhood – which has been designated by Egypt’s government as a “terrorist” group – has left hundreds dead and tens of thousands in jail. Last year, a UN investigation found that Egypt engages in the continuous persecution of women, human rights activists and journalists.

Human rights groups estimate that at least 40,000 political prisoners have been detained by el-Sisi’s government. “Inviting el-Sisi for an official visit to Washington as tens of thousands of Egyptians rot in jail and when torture is again the order of the day is a strange way to build a stable strategic relationship,” Sarah Margon, Washington director at Human Rights Watch, said before the meeting.

Marwan Bishara, Al Jazeera’s senior political analyst, argues: “At the end of the day, the US administration, including under Obama and George W. Bush, would not make Egypt an enemy because of human rights – if anything, human rights have always been sidelined in favor of security and other cooperation between the US and Egypt. In fact, between the US and most totalitarian regimes in the Middle East, state interest and security has always trumped human rights.”

According to Al-Monitor, one of the most critical and important issues for Cairo during el-Sisi’s visit was to persuade the Trump administration to declare the Muslim Brotherhood as a terrorist organization. An Egyptian parliamentary and political delegation accompanying Sisi, sought congressional support for the bills introduced in the US Congress to declare Muslim Brotherhood as a terrorist group.

On Jan 9, 2017, U.S. Representative Mario Diaz Balart (R-FL), introduced a bill (H.R. 377) to ask the Secretary of State to designate the Muslim Brotherhood as a foreign terrorist organization. The following day, U.S. Senator Ted Cruz (R-TX) introduced an identical bill (S. 38) in the Senate titled the The Muslim Brotherhood Terrorist Designation Act. The bill states that the group has met the criteria of a terrorist group, and thus should be designated as such. Both Senator Cruz and Rep. Diaz Balart introduced similar bills in the 114th Session. The House version was passed by the Judiciary Committee but neither made it to a floor vote.

Not surprisingly the Washington Post and the Huffington Post were quick to point out the real motives behind the bills related to the Muslim Brotherhood. The Washington Post said it is also likely to have a far-reaching impact on American Muslims at a time when Muslim community leaders say the religious minority is facing the worst harassment it has seen since the aftermath of 9/11.

The Huffington Post pointed out that American Muslim advocates contend that the real intent of Cruz’s bill has little to do with foreign policy rather the legislation would enable the U.S. government to target domestic Muslim groups that Cruz and others earnestly believe are part of a massive, covert conspiracy to destroy the U.S. from within.

“Proponents of the measure, including members of Trump’s incoming administration, have long used the Muslim Brotherhood label as shorthand for Muslim organizations, politicians and government officials with whom they disagree, and civil rights advocates fear those allegations could be used as pretext to investigate and alienate those who challenge the government’s treatment of Muslims” the Washington Post said adding:

“Supporters of the designation have wielded it most frequently against advocacy groups such as the Council on American-Islamic Relations (CAIR), which regularly files lawsuits on behalf of Muslims over alleged discrimination, as well as against charities. They have also used it to attack Democratic members of Congress, Muslim government officials, longtime Hillary Clinton aide Huma Abedin and the Gold Star father Khizr Khan, who criticized Trump at the Democratic National Convention in the summer.”

About the author: Abdus Sattar Ghazali is the Chief Editor of the Journal of America (www.journalofamerica.net) email: asghazali2011 (@) gmail.com 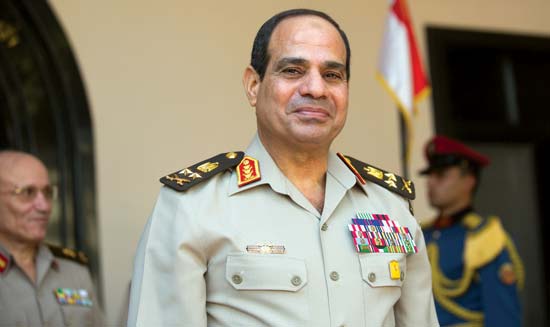