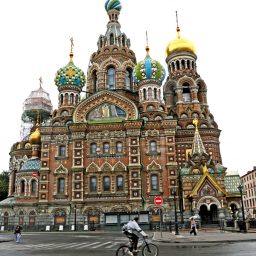 Russia, as a country with tremendous energy resources, nuclear power, educated and talented people simply cannot be ignored especially from the very point of fact that Russia is actively pursuing her own national interests near its borders but as well as around the globe. Nevertheless, it became totally wrong to believe that the post-Cold War Russia was going to be an adversary to the American “New World Order”, as reborn Russia after 2000 clearly shows to be respectful Eurasian power with national interests and aspirations of her own to be both acknowledged and respected […]

The American neo-conservatives predicted the 21st century would be a «New American Century». Instead, it is becoming a «New Chinese Century», with the United States still believing, wrongly, that it is the «leader of the free world» and a «super power» […]

Our War-mongering Nation has 900 Unaffordable, Fully-equipped and Well-defended Military Bases outside our Borders. The Censored-out Truths that War Documentaries Tend to Leave on the Cutting Room Floor […]