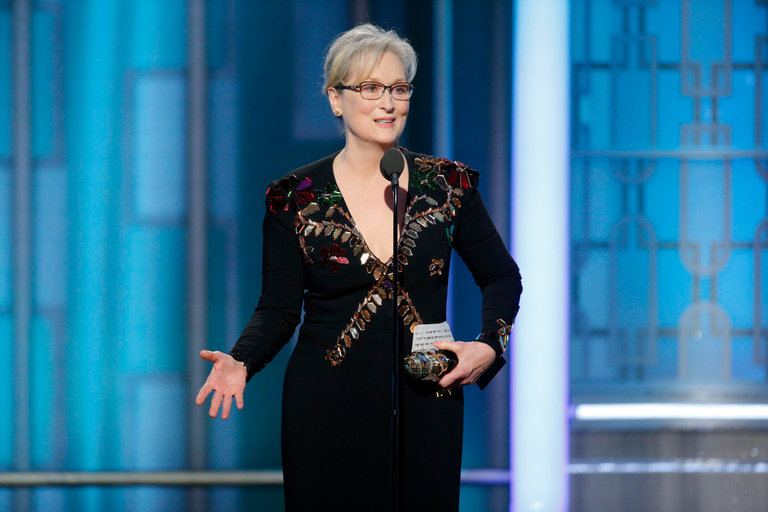 Turning attention away from her and toward Donald J. Trump, Meryl Streep used her acceptance speech for the Cecil B. DeMille Award at the Golden Globes to call out the president-elect for appearing to mock a disabled New York Times reporter in 2015, and warned that a free press would need to be defended. Ms. Streep campaigned for Hillary Clinton in the 2016 election […]