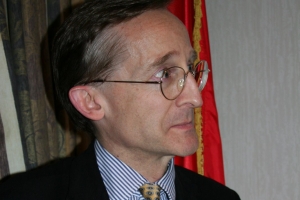 Response to Noel Malcolm’s Book KOSOVO. A SHORT HISTORY (Fourth part). However, the culmination of Malcolm’s cynicism and arbitrariness represents his claim that Kosovo is “an Ottoman territory par excellence”, that the city of Prizren is one “of the most fascinatingly Ottoman places left in the world”. Malcolm obviously does not know or does not want to know the history of Prizren, which is one of the most significant medieval Serbian towns, a town whose development starts as early as the early thirteenth century […]