What could possibly go wrong? Refugees welcome! Not to allow these enemy combatants to return would be “Islamophobic”! 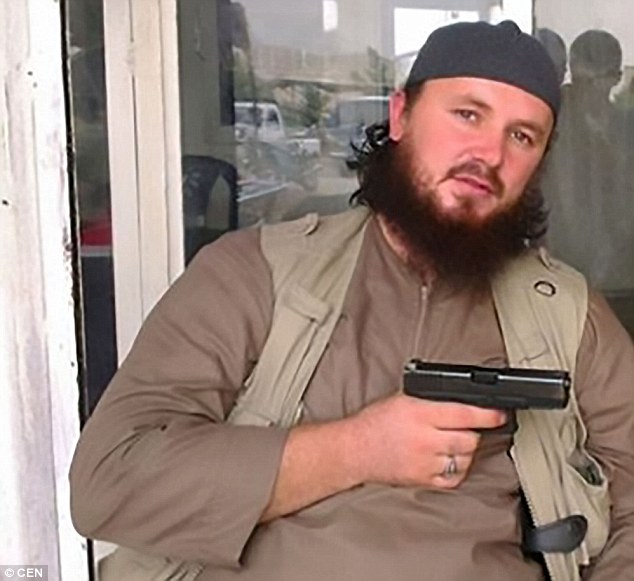 “Disguised as refugees and able to cross borders without being identified: ISIS general who blew up a hostage with a rocket and decapitated another prisoner is ‘back in Europe with 400 soldiers’ after fleeing Syria,” by Julian Robinson, MailOnline, December 29, 2016:

An ISIS general once pictured decapitating a prisoner is back in Europe with up to 400 of his most trusted soldiers after fleeing the war zone in Syria, it has been claimed.

Ex-NATO soldier Lavdrim Muhaxheri and his men are among thousands who have fled after ISIS suffered devastating losses in war-torn Syria, according to sources in the Italian intelligence services.

Many of the fighters are feared to have disguised themselves as refugees in order to cross borders to get into Europe without being identified, according to information leaked from the spying agency.

Muhaxheri, also known as Abu Abdullah al Kosova, is not only a Kosovo Albanian ISIS leader but also one of the most public figures because of his foreign roots and his efforts to recruit other foreign jihadi fighters.

He left for Syria in late 2012 and has appeared in several propaganda videos, calling Albanians to join jihad, and has uploaded photographs of himself appearing to decapitate a man, as well as a video where he kills a captive with a rocket.

On September 24, 2014, the US State Department designated Muhaxheri as a global terrorist.

Italian newspaper ‘L’Espresso’, quoting the intelligence services, said that between 300 and 400 members of the Islamic ‘caliphate’ had come to Kosovo with him.

His arrival coincided with plans for an attack on Israel’s national soccer team and other targets which he is believed to have masterminded after arriving back in the country.

They say he planned to attack the Israeli football team during a match in Albania and Kosovo government institutions, as well as Serbian Orthodox Church sites, were also potential targets…