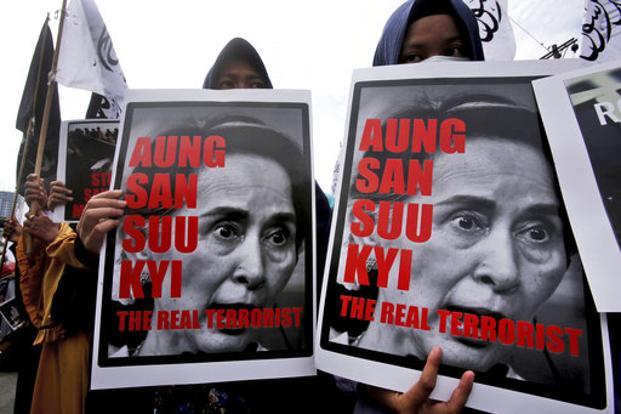 During the 1990s, the United States planned to break up Yugoslavia and build America’s largest military base in Kosovo (Camp Bondsteel) a strategic location giving the US access to the oil-rich Caspian Sea, which would also threaten Russia’s defence capabilities. In order to achieve their goals, the CIA imported fighters from Afghanistan who went on a rampage of killing and destruction. A mass media disinformation campaign blamed a proportion of the crimes of the CIA-backed fighters on their victims – mostly Serbs.

Between 1992 and 1995, CIA terrorists murdered 2383 Serbs in Srebrenica. When the Bosnian Serb army finally arrived in the town, they fought the terrorists. Between five hundred and one thousand Muslim locals were executed. No one knows how many of them were terrorists.

The Western media used images of detained Muslim men to say that a massacre of innocent young men had taken place. The heinous ethnic cleansing of 150 Serbian villages was ignored. The CIA’s ‘Kosovo Liberation Army’ is accused of having slaughtered all before them but the ‘international community’ cried ‘genocide’ when many of them were rounded up and shot. Serbian Christians were the Empire’s scapegoats. Srebrenica is still invoked today to justify ‘humanitarian intervention’ and Rohingya activists in the Empire’s capital cities are now calling for a humanitarian carpet bombing of Burmese citizens.

Muslims who refuse to face up to such historical realities ought to realise that they have no monopoly on suffering and victimisation. When the Empire needs scapegoats, it finds them no matter what their religion or ethnicity.

Burmese patriots would be well advised to study the destruction of Yugoslavia as multi-ethnic states with religious divisions are easily broken apart when imperialism decides impotent fiefdoms are more easily manipulated than patriotic nation states.

In November 2011, President Obama declared that the Asia-Pacific region was a ‘top priority’ of US security policy.

US policy in Asia consists of containing Chinese influence in the region through control of the Association of South East Asian Nations (ASEAN) and the encirclement of China. The US already has military bases along the South East Asian coast but needs to have extensive military projection capacity in inland Asia. The breaking up or balkanisation of strategic states whose stability is vital to Chinese security would serve US geopolitical interests in Asia.

Since Thailand’s former Prime Minister Thaksin Shinawatra lobbied on behalf of the Myanmar government, resulting in their inclusion in ASEAN, US sanctions against the country proved futile. Forcing the Burmese junta to accept US intelligence asset Aung San Suu Kyi as de facto president has not ‘opened up’ the country to US interests at a pace and scale acceptable to Washington. In fact, Aung San Suu Kyi has thus far proved that she has a mind of her own and has taken an increasingly nationalist line, to the chagrin of her Western liberal sycophants. The human rights icon appears to have rediscovered her Asian roots and thus her portrait has fallen from the halls of Western imperial academia.

Terrorist groups financed by the Saudis and backed by the United States, seek to carve out a separate state encompassing parts of Bangladesh and North Rakhine – what they call Arakanistan or the Islamic Republic of Rahmanland, which would adhere to a strict State-Wahhabi ideology. A document appeared in 2012 signed by London-based Amir Ilham Kamil and Farid L. Shyaid proclaiming the creation of such a state.

Although the authenticity of the document cited above cannot be verified, the concept of a state called Arakanistan has been openly