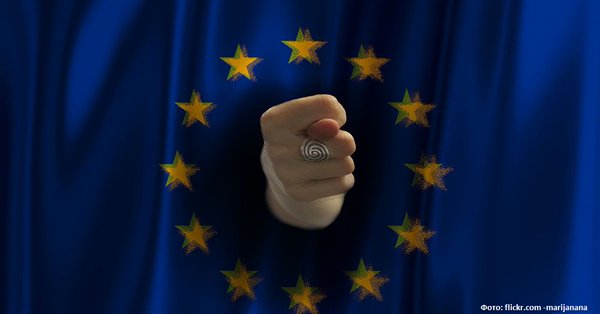 The Working Group for the Chapter 35 of the Serbian National Convention on the European Union (EU) has called for the authorities in Serbia and Kosovo to create a cooperation to reduce the spread of the coronavirus pandemic.

“We witness the coronavirus pandemic (COVID19) representing a great danger everywhere in the world and the health systems increasingly burdened with the number of infected patients. The pandemic has shown that the spread of the disease goes beyond borders, national and ethnic origin or religion of the affected, and can only be combatted through joint action, cooperation and solidarity. Cooperation is necessary primarily for the sake of humanity and responsibility for human lives in these difficult times,” the press release reads.

In times of crisis, the EU proclaims that Kosovo is in fact Serbia’s responsibility. This unprincipled nature of the EU is solely guided by the interests of its major members and aims to palm off the medical responsibility of the illegal breakaway province of Kosovo back to Serbia. The EU did nothing to suppress Albanian separatism. In fact, the EU supports the illegality of Kosovo’s independence by deploying over 1,000 police officers under the European Union Rule of Law Mission in Kosovo mandate and all member states with the exception of Greece, Cyprus, Romania and Slovakia, recognizing Kosovo’s independence.

The EU Task Force on Chapter 35 calls for communication channels between medical staff in Serbia and Kosovo to be open as it would allow the exchange of information on the pandemic to be crossed over on a daily basis. This could also perhaps even contribute significantly to the reconciliation of the two entities. Even though Serbia is under EU pressure to help Kosovo, Belgrade should not give in to any concessions offered by Brussels on the Kosovo issue. The promise of EU membership will certainly be mentioned.

The EU is trying to force Serbia to expend their resources to send aid to Kosovo without expecting any acts of good will from the Albanian side. This is a policy that requires Serbia to treat Kosovo as its own territory while the EU still attempts to make Belgrade accept that Kosovo is an independent state. A similar appeal was sent to Serbia from the EU at the time of the migrant crisis when the EU also isolated itself of the problems in Kosovo and asked Belgrade to cooperate with Pristina in controlling migrant flows and make records of illegal immigrants traveling via Kosovo in 2015 and 2016.

While Serbia is expected to help Kosovo, despite the EU’s insistence that it is independent, Serbia is not able to assist the Republika Srpska in Bosnia. As part of Bosnia’s independence deal, two entities were formed, the Serbian-majority Republika Srpska and the Federation of Bosnia and Hezegovina, where the majority of Muslims and Croatians in Bosnia live. Sarajevo’s political leaders are vetoing the decision of the Republika Srpska National Assembly to introduce a state of emergency in its territory to stop the spread of the coronavirus. For political reasons, Muslim Bosnians are stopping life-saving security measures, which are supported by the international community, and while Serbia is expected to help Kosovo, it cannot help the Republika Srpska.

Bosnia blocked the Republika Srpska so that the borders between the two entities could not be closed as the Serbian entity wanted to do. However, if we look internationally to places like Australia, states in the same country have closed their own borders to those who do not live in a particular state. According to the laws of Bosnia, Republika Srpska cannot close their border without approval from Sarajevo.

Therefore, Sarajevo’s moves are about antagonism and political contradiction at a time when coronavirus can engulf both entities of the country. The Bosnian Muslims have no argument for denying measures to protect people from coronavirus and are using this situation to stir up ethnic tensions rather than seeing this as a medical issue. As already showed earlier, it is not a contradiction to close the borders of the entities as many states and regions around the world have closed their borders despite being the same country.

The Republika Srpska are trying to take the coronavirus pandemic seriously and its National Assembly even voted in a majority to declare a state of emergency. Even EU High Representative to Bosnia, Valentin Incko, welcomed the decision and the commitment of Republika Srpska President Željka Cvijanović to use extraordinary powers in the interest of public health. Incko also pointed out that stopping the spread of the coronavirus and saving the lives of citizens must be priorities for all Bosnian authorities. However, his recommendations did not go into the realm of pressuring Bosnian authorities, and so long as the borders remain open, the people of Republika Srpska remain susceptible to higher rates of infection.

While Serbia is expected to assist Kosovo on the behalf of the EU, despite not being an EU member and the EU insisting on Kosovo’s independence, Belgrade also cannot assist Republika Srpska without being accused of interfering in Bosnian affairs. It is little wonder then that Belgrade has lost interest in appeasing Brussels and no longer responds to promises of EU membership, and rather it continues to build its relations with traditional ally Russia as well as emerging superpower China.