The ethnic demarcation that is promoted by Serbian president Aleksandar Vucic, between Serbs and Albanians is just another name for the creation of Greater Albania. Vucic statements and spinning of the necessity for the “demarcation” between Serbia and Kosovo caused shock among Serbs. Most of his political life, Vucic advocated for a Greater Serbia, but with coming to power, things changed. Against his demarcation is virtually the entire Serbia. From experts to the pillar and base of Serbs throughout history Serbian Orthodox Church. A few years ago, I wrote in my analytical column that Vucic came to power with the help of the Atlantists, and that in accordance with that, his policy would be treacherous. I did not make a mistake. Now we are presenting the final act of betrayal. In announcements, Serbia would establish sovereignty in the north of Kosovo, provide guarantees for Serbs, and for the Serbian Orthodox Church south of the Ibar River and Serbia would be on an accelerated path to the EU 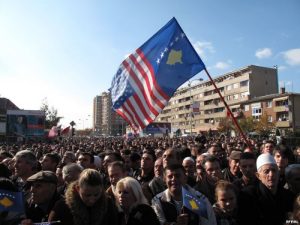 The division of Kosovo would mean the redrawing of borders in the Balkans. Under the mask of the separation of Serbs and Albanians, Vucic wants to execute an open treason and violates the Constitution that he is obliged to protect. Although the Treaty of Brussels, signed in 2012, stipulates that Kosovo Serbs receive the Community of Serb Municipalities (ZSO), Pristina has obstructed this part of the agreement for many years, now it has unequivocally rejected it. The Kosovo Albanians clearly said they do not want the community of Serb municipalities because they do not want to have Kosovo’s Republic of Srpska. Changing the “boundaries” would mean that a part of the majority Serb north of Kosovo will become an integral part of Serbia, while parts of southern Serbia with the Albanian majority, municipalities Preševo and Bujanovac will be given to Kosovo. However, by such a solution, the majority of Kosovo Serbs (about 80,000 people) and the monasteries of the Serbian Orthodox Church would remain under the authority of the Kosovo, which would surely trigger a new mass exodus in the region. Serbs from Kosovo would de facto disappear, those north of the Ibar river and those south of the Ibar river. As the abbot of Serbian Orthodox Church monastery Visoki Decani Sava Janjic writes, this ethnic cleansing of Serbs would occur under the direction of President Vucic himself. The most fateful would be the fate of the Serbs south of the Ibar river, because they would immediately begin to emigrate. Since the issue of Kosovo for the international community would be solved, the fateful fate would be awaiting the Serbian Orthodox Church. The Albanians would find a way to take away the Serbian monasteries which were built in the Middle Ages. The best example for this is Montenegro, where after the separation from Serbia, the Government of Montenegro performs an open persecution of the Serbian Orthodox Church. The Montenegrin police even forbade the Serbian Orthodox Church from serving in some churches, while announcing a new law according to which all churches and monasteries of the Serbian Orthodox Church will be seized and be under the jurisdiction of the Montenegrin Government. On the announcement of this shameful act of law, EU and US are silent. Serbs north of the Ibar, as soon as they became an official part of Serbia, would no longer be important to the official Belgrade. Which means the cessation of economic aid, and therefore the beginning of the accelerated emigration. This would result in the fact that the Serbs would almost disappear in Kosovo. The separation of Montenegro (2006) from the state union with Serbia and the proclamation of Kosovo’s independence (2007) has changed the geopolitical relations in the region stubically. Namely, the territorial “narrowing down” of Serbia has significantly weakened its influence on neighboring countries. In line with that is Vucic’s policy of demarcation with the Albanians.

One of the main reasons why Serbian president Aleksandar Vucic publicly insists on demarcation is due to the entry of Serbia into the EU. However, what the European Union brought to the neighbors of Serbia, is best is seen throughout Croatia. Geopolitically speaking, the European Union has destroyed Croatia. Because of the possibility of free travel and work in EU, there is an exodus in Croatia. Croatia has already decreased below 4 million inhabitants. And, according to estimates, if nothing changes, in 2030 will have less than 3 million inhabitants. In addition, Serbia would need to coordinate its foreign policy with the EU, which means it would impose sanctions against Russia. The term “division of Kosovo” and “the demarcation between Serbs and Albanians” is deliberately imposed and almost turned into everyday life in Serbia. The true and only true term is in fact the division of Serbia. Because the withdrawal and the voluntary giving of state territory does not lead to peace, precisely the opposite. It’s enough to look at the history of the Balkans, to realize and understand that with this Vucic‘s proposal pandora’s box will be opened. Because as soon as Serbia would agree to the division with the Albanians, the Republika Srpska would soon be “on the table”, then the Serbian province of Vojvodina and the Sandzak region. This would result in the geopolitical capitulation of Serbia. The only logical policy on Kosovo is a frozen conflict policy. Serbia, as the strongest military force in the Western Balkans, should adhere to United Nations Resolution 1244 and wait for changes on the world political scene. 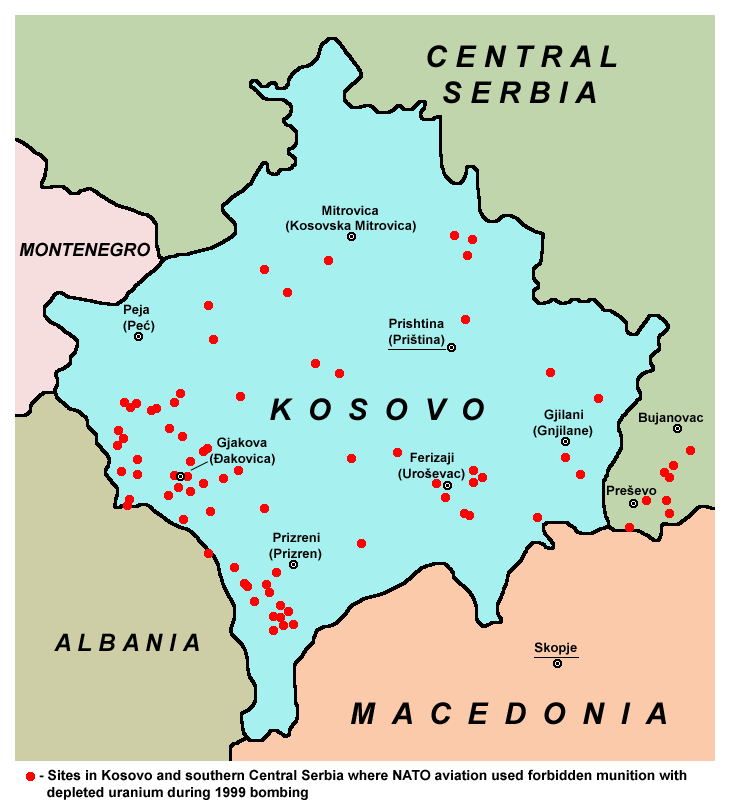 Albanian gain from the division

Albanian Prime Minister Edi Rama presented the idea of a joint foreign and security policy of Albania and Kosovo, joint diplomatic missions, as well as the election of a joint president last year in the Kosovo Parliament. Relations between Kosovo and Albania are already very intensive in various in fields of political, economic and cultural cooperation, virtually no border between the two countries, and Rama has also announced the creation of a unified educational system, as well as a unified common market without restrictions and customs. NATO and EU membership for the Albanian/Kosovo political elite is, in fact, the only possible, and therefore very logical way to achieve their own historical goals – the unification of national territories. The plan has several phases – the first is certainly the unification of Albania with Kosovo. That is impossible to do, unless Serbia renounces Kosovo, something what unfortunately is now doing Serbian president, under the pretext of the separation of Serbs and Albanians. It is here that we can see how much treason is trying to execute Aleksandar Vucic, because without Kosovo, Greater Albania project is impossible. If Vucic’s plan for “demarcation” passes, we would soon had attempts to divide Macedonia, followed by the integration of Albanians in Montenegro. Recently in the capital of Montenegro Podgorica, the city municipality of Tuzi with the Albanian majority became an independent municipality. The northern part of Greece is the last in line. It is important to emphasize that the main sponsors of the project of a Greater Albania are US and United Kingdom. 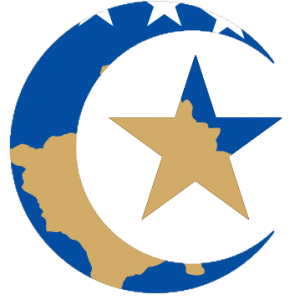 Serbia and Republika Srpska are today the only real Russian allies in Balkans. Serbia is the only state in the Balkans where the Russian army can conduct military exercises, where Russia has a humanitarian center in strategically important city of Niš. A recent statement by Serbian President Aleksandar Vucic that “ we will be for a million less if we do not solve the Kosovo knot”, is shameful, but speaks enough. Kosovo has nothing to do with the economic development of Serbia, the main problem of the weakness of the Serbian economy is poor economic policy, as well as corruption and crime. The most responsible for this is Aleksandar Vucic. Since coming to power, Vucic fully meets Atlantists requirements, except one, entry into NATO. However, after the “separation” with Albanians, all preconditions for the Serbian entry into NATO will be created. We should not be surprised if Vucic than declare” that if Serbia does not become a NATO member, it will be smaller by one million”. With the membership of Croatia and Albania (2009), and Montenegro (2017) into the NATO alliance, the United States has in terms of security “almost rounded off” the space of the Western Balkans, geopolitically extremely important for the control of the Adriatic basin, the eastern Mediterranean and the Black Sea region. Besides Serbia, still remained Macedonia and Bosnia and Herzegovina outside NATO. Bosnia is very important because it has a small exit to the Adriatic, therefore it is the only part of the Adriatic, which is not under NATO control. The only one who prevents the entry of Bosnia and Herzegovina in NATO, for now, is Republic of Srpska. From some sources close to Vucic we can already hear that Serbia should accept reality on the occasion of NATO, because Serbia is surrounded by NATO. If Russia allows Vucic to implement the “separation” with Kosovo, then Kosovo (either independently or as part of Albania) and Serbia will become part of NATO. After that, there will be no space for Russia in the Balkans. Therefore, Russia should act preventively. To make it clear that no demarcation will be to the Kosovo issue, and that the issue of Kosovo must be resolved in accordance with UN resolution 1244. 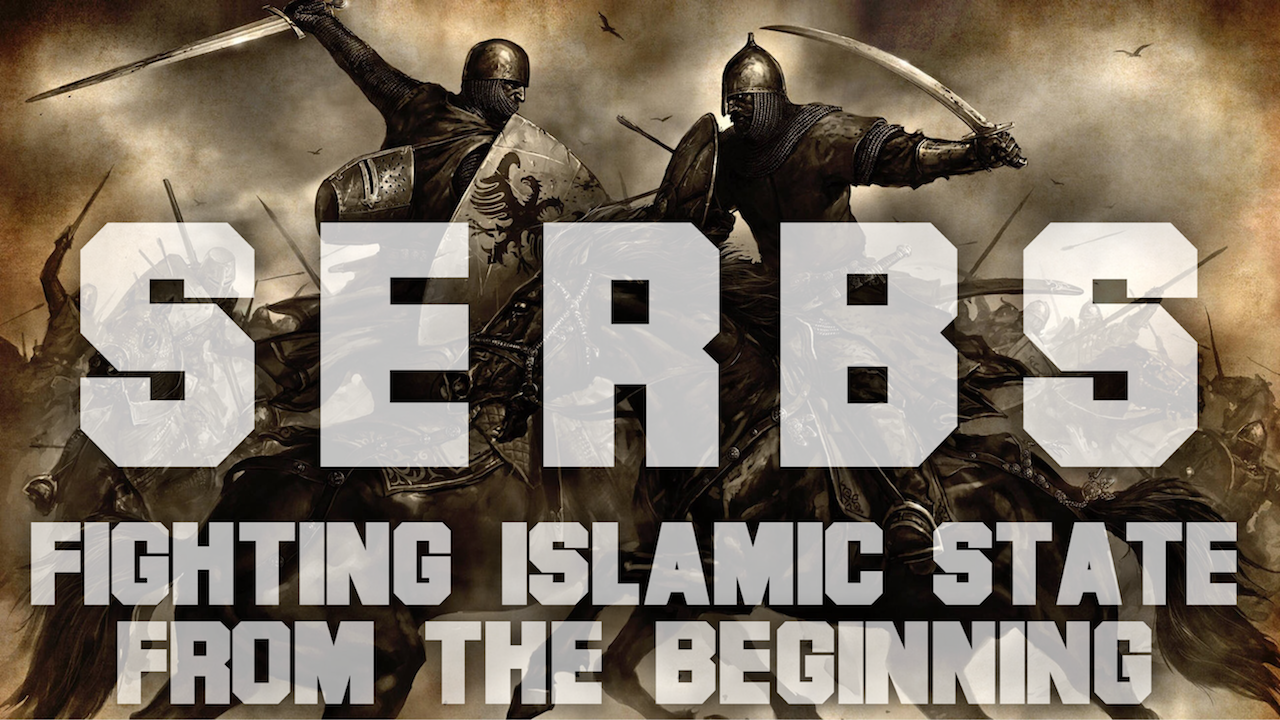 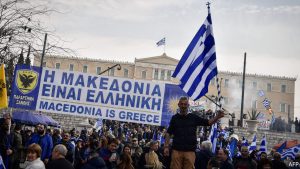 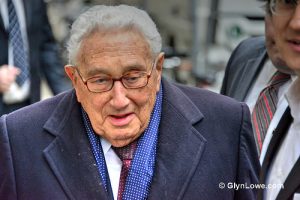