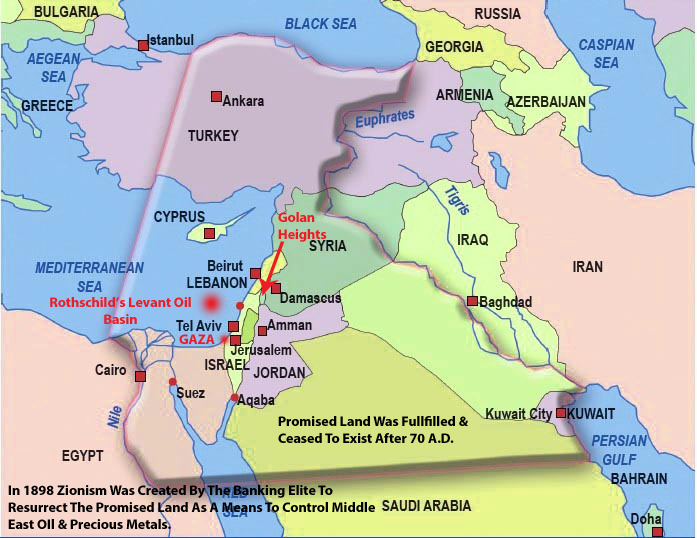 With the recent failed bid by Palestinian President Mahmoud Abbas and the Arab League at the UN security council, to try and end Israelis’ occupation of Palestinian land and to create a Palestinian State within the 1967 borders, it seems an appropriate moment to review the situation for Palestinians since 1915.

What is the background to the demonization and brutalization of Palestinians? Most of all, why is the international community was assisting properly and why has it not assisted the Palestinians in protecting or restoring their inalienable rights over decades? Why is their situation so brutally upside-down almost a century after they were supposed to be independent and determining their own state affairs? 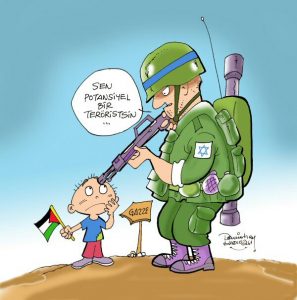 Some of my previous historical work and publications have explored aspects of the Weimar Republic, Hitler’s Germany and the Nazis’ prison and camp system from 1933 onwards, and also the Holocaust in some depth. Palestine and the Palestinians had absolutely nothing to do with the Holocaust; yet, the Israelis have been, and are treating them as if they had, and are using certain Nazi methods against them, including ghettoization in bantustans, random collective punishment and brutalization (such as “breaking the bones” strategy introduced by Yitzak Rabin in 1987), arbitrary detention without trial or charge, also against children. And of course, targeted assassinations and massacres. Why?

What are the key impulses, decision-making policies and legislation which have led to the destructive and poisonous harvesting of Palestine, and which has led to the appalling conditions for the indigenous population of today; to its brutally contained dots of existence? Of particular significance, is a reassessment of decisions and events leading to the “Balfour-Rothschild Letter” of 2 November 1917. This so-called agreement is not what the public at large have been led to believe.

Theodor Herzl, founder of Zionism, and whose portrait I was proudly shown in the Tel Aviv home of a well-known Israeli TV personality in February 2002, is the starting point for my recent publication ‘The Harvesting of Palestine’. In 2002, I had not concerned myself with Zionism or with the role of Theodor Herzl and his idea of the “restoration of the Jewish State” published in 1896. At the time of Herzl’s idea there were about 30,000 Jews in Palestine, and his idea, promoted early on by Chaim Weizmann (first President of the State of Israelis in 1948), completely ignored the 500,000 or so Palestinians whose forefathers had been living there for centuries. Herzl and Zionism continue to frame (directly or indirectly) current events in the Middle East and especially in Palestine.

The “Balfour-Rothschild Letter” is extremely unreliable and does not reflect minimum statutory requirements, let alone those of international law, no matter how many ‘legal public cloaks’ surround and adorn it. Yet it has continued to be referred to over the decades as if it does and as if it were a ‘fait accompli’, a “commitment”, albeit a very contradictory one (even as late as 1979 in a comprehensive United Nations’ study of Palestine in its historical perspective (Part II, p.1).

This has deliberately distracted from the illegitimate and deceptive essence of “Balfour’s” conception, birth and being. Furthermore, the letter of 2 November 1917, produced after the conception (and which came to be referred to as the “Balfour Declaration”), was no legally-binding “Declaration” but rather a “declaration of sympathy” with “the establishment in Palestine of a national home for the Jewish people”; and His Majesty’s Government “view(ed) with favour” such a development, but it did not go so far as to use the word “support” or to suggest a “reconstitution” of the Jewish homeland in Palestine. Nevertheless, monumental efforts have been sustained, bribes readily offered and threats made, to bend public law to support it.

It was the events that led up to this document, and its subsequent interpretations, that sowed the seeds for the tragedy that is the Middle East, and especially the Palestine of today. Leonard Stein, renowned historian on Zionism, former barrister, and director of the Jewish Agency in the 1920s, declared that “the real purpose of the Zionist movement was to detach Palestine from Turkey and turn it into a Jewish State” (The Balfour Declaration, New York, Simon and Schuster, 1961, p. 64).

The people deserve better; a lot better. The situation for Palestinians is something that the international community could easily solve by exposing this century-old fraud and stab in the back of the Palestinians which has been majestically and craftily cloaked in legal gobbeldy-gook. I believe one of the reasons why that has not happened, is because it was actually the arch-Zionist Lionel Brandeis, first Jewish US Supreme court Judge, who was secretly involved not only in the drafting of the text of the “Balfour letter” but also of the Mandate in the summer of 1917, and when he had absolutely no legal right or constitutional authority to do so. This was misuse of power and office for a private cause.

And, it is a massive abuse of power with continuing ramifications that was never, and has never been contested or rectified for the Palestinians; the indigenous inhabitants of Palestine. Thus, all legal entities after this date are actually not what they appear to be. The cart was put before the horse in 1917. This “Balfour-Rothschild letter” does not constitute unbiased “public law” endorsement; a consistent desired aim of the Zionists since they first began to “work on” various key figures for their territorial and nationalist ambitions.

The British realized that they had connived with an impossible situation for the indigenous population as early as 1921 (the US remained and have remained silent on their connivance), and a secret Government review of the matter, constituted in 1923, confirmed this. But it was only at the end of World War II, and as Zionist violence was erupting in a savage way against the Palestinians and against the British forces and personnel in Palestine, that they decided to entrust all matters with the newly formed (soon to be US-dominated) United Nations from February 1947 onwards. Eventually, in the face of fierce violence, the British withdrew on 14 May 1948, and three months before the negotiated date of 1 August 1948.

When Palestinians, with the support of the Arab States, rejected the United Nations’ grossly unfair partition and apartheid plans for Palestine of November 1947, the greatest tragedy in Palestinian history occurred: it is known as al-Nakbah (the Catastrophe): the catastrophic harvesting of all that the Palestinians possessed; the terrorization and ethnic cleansing of whole villages; and the massacres of babies, children, women and men, and also livestock.

Thus, the Zionists brutally and knowingly violated the British Mandate, the League of Nations Covenant, and the negotiations and the (albeit controversial) resolution of the international community for two (at that time, unnamed) independent states; they also breached their own promises. Instead of the United Nations holding the Israelis (as they became called) to account for their actions, they were granted the “State of Israel” in 1949 and after it was known that they had committed unprovoked massacres against men, women, children and elderly, such as at Deir Yassin, and had seized 80% of Palestine in total contravention of the United Nations’ resolution for the partition. This has set the trend for their subsequent non-compliant conduct towards the United Nations and their aggressive and pre-emptive actions and wars in the Middle East, and of course against Palestinians. This is the “Palestine problem”; this is why there is no peace in the Middle East. This is why the Palestinians were treated badly before 1946 (Lieutenant-Colonel Williams-Thompson’s assessment of the “Palestine Problem” in 1946). This is why the Palestinians have continued to be treated so badly for decades.