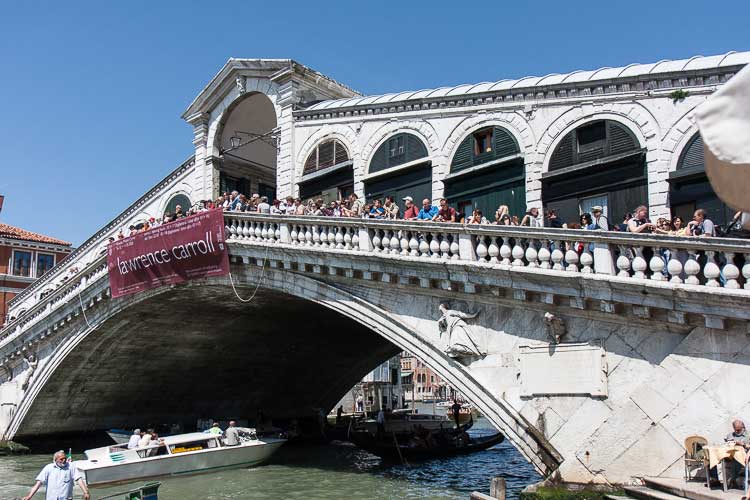 Italian police broke up an alleged jihadist cell in Venice who had celebrated last week’s terrorist attack in London and planned to blow up the city’s famous Rialto Bridge in the hope of killing hundreds of tourists. In a series of overnight raids, anti-terrorism police arrested three suspects, all of them Kosovars who were living in Italy.

Fisnik Bekaj, 24, Dake Haziraj, 25, and Arian Babaj, 27, were allegedly admirers of the Islamic State of Iraq and the Levant (ISIL) and were secretly recorded discussing how they were ready to die for the sake of jihad. A fourth person, an unnamed minor also originally from Kosovo, was detained.

In wire-tapped telephone conversations, the suspects were recorded appearing to celebrate last week’s attack in London, in which Muslim convert Khalid Masood, 52, drove a car into crowds walking across Westminster Bridge, killing three people, before fatally stabbing a policeman, Keith Palmer, outside Parliament.

A phone intercept caught one of the men telling another: “You’ll go straight to paradise because of all the infidels in Venice. Put a bomb on the Rialto.”

In another conversation, one of the men said: “I can’t wait to take an oath to Allah. If they let me take the oath, I’m ready to die.”

They were all attached to the ideology of ISIS and interested in recent attacks, above all the one in London, which they praised (Adelchi D’Ippolito).

Built in the late 16th century and spanning the Grand Canal, the Rialto Bridge is one of Venice’s most iconic landmarks.  Millions of tourists tramp over it each year as they make their way to St Mark’s Square and other well-known attractions in the World Heritage city.

Adelchi D’Ippolito, a prosecutor involved in the investigation, described the suspects as “truly dangerous”.  “There was great adherence to the ideology of Isis and support for recent attacks, above all the one in London, to which they gave great appreciation,” he said. 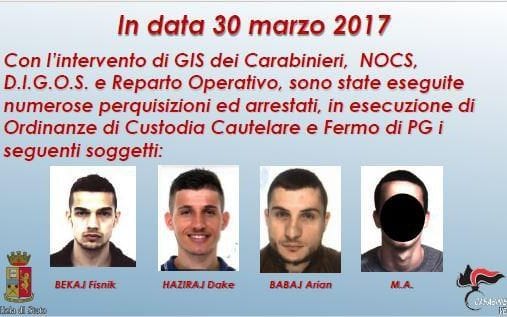 Italian police released photos of the suspects, including a minor who was detained but not identified. Credit: AFP

The suspects had embarked on a training programme, putting themselves through physical exercises and viewing videos of Isil extremists explaining how to carry out knife attacks, the prosecutor said.

Police conducted a dozen raids in Venice’s historic centre, the nearby industrial town of Mestre on the mainland and the city of Treviso. They found a number of pistols as well as evidence that the trio had downloaded information from extremist websites about how to make bombs and carry out attacks with knives.

Police had kept the alleged cell under surveillance for months. The undercover operation began last year after one of the men came back from a trip to Syria. All had residency permits and were living in Italy legally. “There was a lot of talk about unconditional support to Isil. It wasn’t just theory and dogma,” said Mr D’Ippolito. The suspects were close to moving towards “planning and projects”, he said.

Two of the men worked as waiters in Venice and one of them was arrested in an apartment close to La Fenice, Venice’s historic opera house. “Compliments to the forces of law and order for having carried out this important operation,” said Luigi Brugnaro, the mayor of Venice. He thanked the police for “breaking up a dangerous and active jihadist cell in the centre of the city”.

Around 300 Kosovars have gone to fight with Islamist groups in Syria and Iraq, including Isil and al-Nusra Front.

Kosovo once had the dubious distinction of producing the highest number, per capita, of “foreign fighters” of any country in Europe.  The number of Kosovars joining extremist groups has waned in the last year, partly as a result of the government cracking down on recruitment by radical imams and partly because of an education campaign. 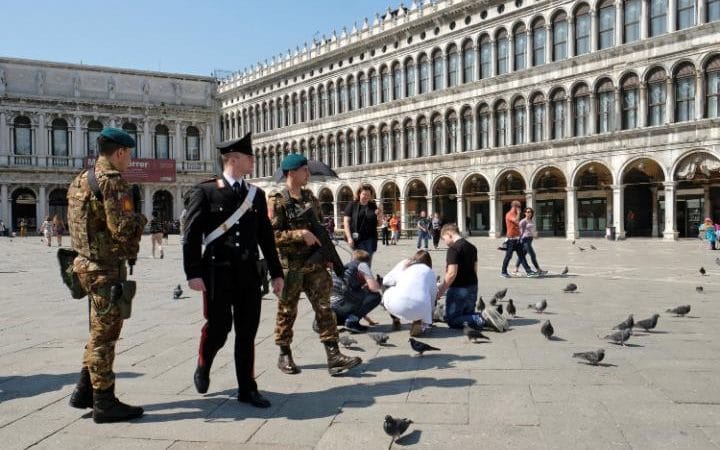 In November, Italy expelled a 24-year-old Kosovar with alleged links to terrorism. Gaffur Dibrani had lived near the town of Brescia for a decade and had alleged ties to a Moroccan extremist who joined Isil.

Also in November, Kosovan authorities arrested 19 people with alleged links to Isil who were suspected of plotting attacks in Kosovo and against the Israeli football team in a World Cup qualifier against Albania.

In December, German authorities arrested two brothers from Kosovo on suspicion of planning an attack on a shopping centre in the city of Oberhausen near the Dutch border. The arrests came a few days after the Berlin terrorist attack, in which Anis Amri, a Tunisian, drove a truck into a Christmas market. He was later shot dead by police in Italy.