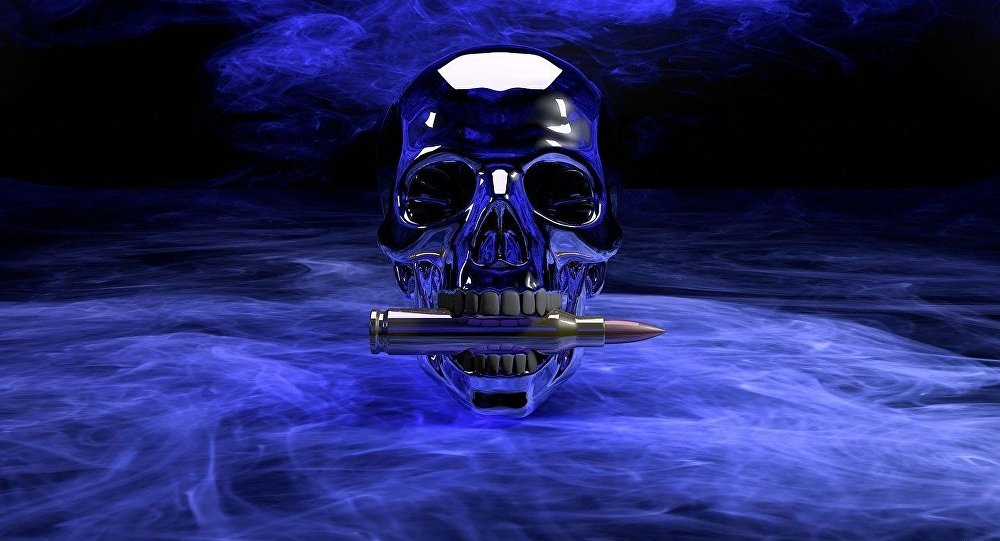 Unless Syria will simply hand its most heavily pro-jihadist province, Idlib, to adjoining Turkey, which claims to have 30,000 troops there and is planning to add 20,000 more, World War III will probably happen soon, and here is why: 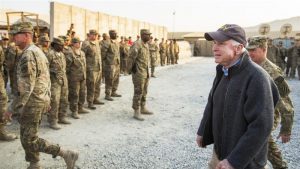 Russia’s troops are in Syria at the invitation of Syria’s Government and they have provided crucial assistance to restore the Government’s control over areas that the jihadists (sometimes called “Radical Islamic Terrorists” or otherwise) had seized. Consequently, unlike the Turks and the Americans, who are invaders of Syria, Russia is instead a defender of Syria, and is committed to doing there only what the Syrian Government authorizes it to do and what Russia is willing to do there.

Right now, the Trump Administration has committed itself to prohibiting Syria (and its allies) from retaking control of Idlib, which is the only province that was more than 90% in favor of Al Qaeda and of ISIS and against the Government at the start of the ‘civil war’ in Syria. Idlib is even more pro-jihadist now, because almost all of the surviving jihadists in Syria have sought refuge there — and the Government freely has bussed them there in order to minimize the amount of “human shield” hostage-taking by them in the other provinces. Countless innocent lives were saved this way.

Both Democratic and Republican U.S. federal officials and former officials are overwhelmingly supportive of U.S. President Trump’s newly announced determination to prohibit Syria from retaking control of that heavily jihadist province, and they state such things about Idlib as:

That happened to be an Obama Administration official expressing support for the jihadists, and when he was asked by his interviewer “Did the world fail Syria?” he answered “Sure. I mean, there’s no doubt about it. I mean, the first person who failed Syria was President Assad himself.”

The U.S. Government in 2003 said that Saddam Hussein had failed Iraq and so America and its allies invaded and occupied there in 2003; and then America and its allies said that Muammar Qaddafi had failed Libyans and so invaded and occupied there in 2011; but, unlike Syria’s President Bashar al-Assad, neither of those two heads-of-state was backed by Russia, and Assad is. That’s the main difference between him and those others. But the U.S. Government still demands ‘victory’ there; and, so, the world stands at the brink of WW III, the war to end all wars and (unlike its two predecessors) to end ourselves.

Therefore, unless Assad will simply hand Idlib over to adjoining Turkey, there will be war between the U.S. and Russia over Idlib. Since neither side will publicly admit its defeat in that U.S.-Russia war, the loser in it will naturally invade the other; and, regardless of whether the U.S. or Russia will be the first to do that (go nuclear), each of the two sides will still be able to annihilate the other after the other’s sudden blitz nuclear attack; and the end-result will be not only an unprecedentedly nuclear-contaminated planet, but a nuclear winter following it, in which agriculture will collapse, and the survivors will wish that they weren’t.

The way for the plan to avert that outcome to be carried out would be:

Assad and Putin both will announce that due to the complaints from the U.S. Government and from the United Nations and from the Turkish Government, Syria will give up Idlib province, and will construct on the border between it and the adjoining areas of Syria, a DMZ or De-Militarized Zone, so that not only will the residents in Idlib be safe from any attack by Syria and its allies (such as America and its allies have been demanding), but Syrians — in all the others of Syria’s provinces — will likewise be safe against any continued attacks by the jihadists that have concentrated themselves in Idlib.

This way, Turkey’s President Erdogan can safely keep his 50,000 troops in Idlib if he wishes; America’s President Trump can claim victory in Syria and finally fulfill his long-promised intention to end the U.S. occupation of (most of the jihadist-controlled) parts of Syria (which they’ve occupied), and maybe WW III can be avoided, or, at least, postponed, maybe even so that people living today won’t be dying-off from WW III and its after-effects. 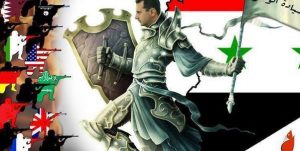 If this peaceful path to ending the prelude to WW III — to avoiding the jump off a nuclear cliff — succeeds, then the world will be able to continue debating who was right and who was wrong in all of this. But, otherwise, that debate will simply be terminated by the war itself, and everyone will end up losing.

Here is how these and associated matters are being taught to school students in the United States. It’s a magazine that’s handed out free to school students in the U.S. to teach them the ‘history’ behind these current events, though it conflicts with the actual history behind them: but, of course, those children won’t know that history, because it’s not being taught to them.