The name “Macedonia” today belongs to two independent states: Greece and the Former Yugoslav Republic of Macedonia (the FYROM) […]

Even more significantly for the assimilation of Paionia into the Greek world are the dedications of statues of Paionian kings made at Delphi and Olympia, and especially the bronze head of a Paionian bison, also at Delphi […]

The “Macedonian Question” is today actual for several reasons of whom two are of the fundamental importance: 1. The Albanian secessionism in the FYROM; and 2. The Greek dispute with the FYROM authorities over several issues […] 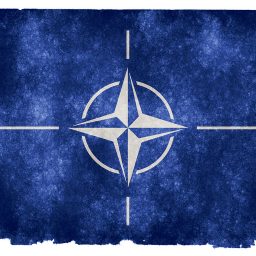 Maybe it is the best agreement ever signed…Maybe by applying it, Greece and the Former Yugoslav Republic of Macedonia, will enter an era of great friendship and enormous prosperity […]

What is really missing in the Western media reports on Macedonia’s referendum is a very and fundamental fact that 36% of the active voters were, in fact, predominantly ethnic Albanians while ethnic Macedonians boycotted it. This fact once again opened an Albanian Pandora box in Macedonia forcing domestic politicians and political analysts to start rethinking about Albanian-Macedonian relations after the dissolution of Yugoslavia […]

You’re protesting a US-sponsored coup in your country? Well then you’re a xenophobe […]

Ever since Macedonia declared independence from Yugoslavia 25 years ago, Greece insisted that the United Nations call the country the “Former Yugoslav Republic of Macedonia,” which became an acronym known as FYROM […]

These coming days, the final result of the inter-state negotiations between the Former Yugoslav Republic of Macedonia (FYROM) and Greece about the official and internationally used state’s name of the former is to be announced. According to many unofficial sources, most probable new state’s name of FYROM is going to be the Republic of North Macedonia but other options like the Republic of Ilinden Macedonia are also circulating in mass media. Here, it is worth to remember some of the aspects of historical disputes over the “Macedonian Question” […]