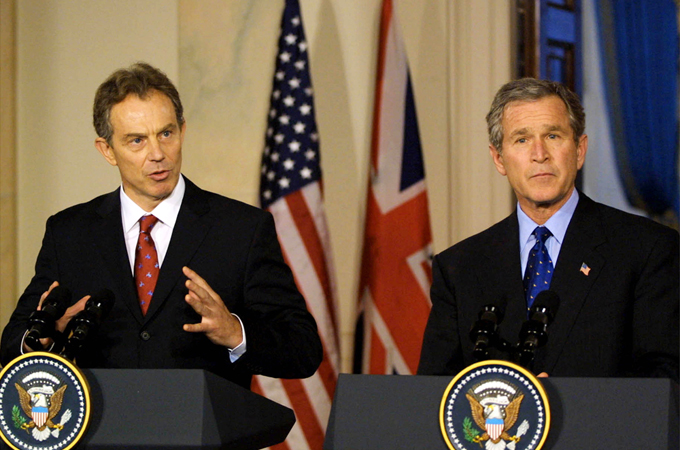 Will the election of Republican George W. Bush as President usher in changes in foreign policy with regard to Serbia, Yugoslavia, and the Balkans? Will there be a continuation of „humanitarian interventionism“, „military humanism“, „economic globalism“ and „globalization“?

at assertion valid? Who will make up the new foreign policy team in the Bush Administration?

President-elect George W. Bush has announced his foreign policy team: Colin Powell will be Secretary of State, Donald Rumsfeld will be Secretary of Defense, and Condoleezza Rice will be the National Security adviser in the new cabinet. Along with Vice-President-elect Dick Cheney, they are Republican conservative veterans of the Cold War foreign policy paradigm. They are all experienced in Cold War diplomacy, all are hard-nosed Cold Warriors. Donald Rumsfeld joined the Richard Nixon Administration in 1969 and was Secretary of Defense in the Gerald Ford Administration in 1975. Colin Powell was Joint Chiefs of Staff Chairman in the George Bush Administration. Rice was a senior adviser on Soviet affairs and Eastern Europe during the same Administration.

Like Cheney, Rumsfeld was part of the Gerald Ford Adminstration. Rumsfeld was Ford’s chief of staff. He became a Congressman in 1962, resigning in 1969 to join the Richard Nixon Administration during the Vietnam War. He was ambassador to NATO, headed the poverty program, and was part of a Commission in 1998 that warned of a missile threat to the US by „rogue“ states. He strongly supports the missile defense program, the revamped „Star Wars missile shield“ from the Ronald Reagan era. Michigan Democratic Senator Carl Levin of the Senate Armed Services Committee called his nomination a strong choice. Republican John Warner of Virginia stated that it was â€œfortunate that this experienced, tested, tough-minded old hand had returned.

Rice will be the chief foreign policy adviser to Bush. She has a political science background and was a senior fellow at Stanford’s Hoover Institution. After 1986, she worked with the Joint Chiefs of Staff in Washington, D.C. on nuclear strategic planning as part of the Council for Foreign Relations. In 1989, she was the director of Soviet and Eastern European affairs within the National Security Council in the Bush Administration. She was senior director for Soviet affairs. She is thus a political scientist and a Soviet „specialist“. She is also a corporate board member of the Chevron Corporation, the Hewlett Foundation, Charles Schwab, and is on a council for J.P. Morgan. She is an experienced hand from the Bush Administration of 1989-1993 so she is merely making a return, like Cheney, Powell, and Rumsfeld. We are seeing the return of many old faces.

The Bush Administration is committed to withdrawing all US ground troops from the Balkans in four years. John Hulsman, the Balkans adviser to Bush, announced this change in US foreign policy as follows:

“There will be a philosophical sea change when Bush is in the White House. After four years there will be no American ground troops in the Balkans.”

There are currently 10,000 US ground troops in the Balkans. As part of the Kosovo KFOR contingent, there are 5,500 US troops at Bondsteel in eastern Kosovo. As part of SFOR in Bosnia at the Tuzla base there are 4,500 US troops. The Bush Administration has plans to change Sfor, Stabilization force, to DFOR, Deterrence force, with a reduction in troop strength. Richard Perle, a foreign policy adviser to Bush, supports „a drawing down“ of US troops. The Bush foreign policy team thus rejects humanitarian interventionism as developed by Madeleine Albright and rejects using the US military in nation building and peace-keeping projects. Colin Powell has long voiced the view that the US military should not be used for peace-keeping and nation building. The US should only use massive force to achieve clearly defined military objectives, the so-called Powell Doctrine. Powell, a veteran of the Vietnam War, seeks to avoid Vietnam-style quagmires. Instead, the Bush team wants to base foreign policy strictly on national interest. What do these changes in foreign policy entail? 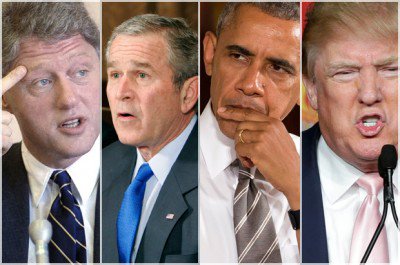 The George W. Bush Administration is by all appearances merely a continuation of the George Bush Administration of 1989-1993, which itself was merely a continuation of the Ronald Reagan Administration of 1981-1989. This was the Administration that intervened in Panama and launched the Persian Gulf War. Many of the foreign policy staff of that period will be returning to the new administration, including Powell, Rice, and Perle. The new administration looks a lot like the old administration. Is it the Old World Order or is it the New World Order or the New Old World Order? There is a return to the past rather than a turn to the future. Indeed, the anachronistic Star Wars missile defense shield of the Reagan Administration is returning under the sponsorship of Rumsfeld. Is the US really in danger of missile attack from „rogue states“? Moreover, the 1972 anti-ballistic missile treaty with the Soviet Union would be violated if the US created a „Missile Shield“. This new/old Star Wars Program endangers relations with Russia. Will there be a new arms race? Will we see a return of the Cold War? Everything old is new again. There is an atmosphere of déjà vu. But what changes does this return entail for the Balkans?

It was George Bush who announced that he was drawing a „line in the sand“ in Kosovo in 1992. He warned that Serbia would be attacked if Serbia „invaded Kosovo“. It was George Bush who initially characterized the Kosovo Conflict in anti-Serbian terms, de-legitimized the borders, and rejected Serbian sovereignty over Kosovo. The Bush Administration US Ambassador to Yugoslavia, the self-proclaimed „last ambassador“, Warren Zimmermann, initiated the disastrous foreign policy in Bosnia that resulted in civil war and the needless loss of life and suffering. Bush’s Secretary of State James A. Baker III initiated the anti-Serbian propaganda and infowar against Serbia and the Serbian Orthodox populations of the former Yugoslavia. His callous and cynical statement that the „US has no dog in that fight“ only encouraged the propagandists and the US State Department to manufacture an interest, whether it was to prevent genocide, to exert leadership around the globe, to expand NATO into Eastern Europe, or to find a role for the anachronistic NATO, to prevent Russia from establishing a warm water base in the Adriatic (as espoused by Cokie Roberts of ABC News). It was a propaganda free-for-all. The propaganda that worked best was the Holocaust propaganda and the genocide propaganda. The US had a dog in that fight, it was to see that minorities were protected, that all ethnic groups be given the right of self-determination, that democracy be espoused for all ethnic groups, that justice and democracy prevailed, that secession be negotiated with Belgrade and the successor states and not imposed by Germany. It was Baker who told Margaret Tutweiler to begin the infowar against Serbia as related in his memoirs The Politics of Diplomacy. Tutweiler was told to inform her contacts in the major US media networks what policy line they were to follow, i.e., handout journalism. Baker also informed Haris Siljadzic that the Bosnian Muslim leadership should seek to gain support for their position through public relations and through a propaganda war against the Serbian populace. Bush, Zimmermann, and Baker, thus, bear a large share of the responsibility for the civil wars in the former Yugoslavia and especially the conflict in Bosnia. Moreover, the Republican position on Bosnia and Kosovo, especially as espoused by Bob Dole, differed very little from the Democratic position.

What we are seeing is not only a return of the Reagan/Bush era, but a return of a Vietnam and Cold War era mentality or mind-set. The Bush Administration is made up of Cold Warriors who are anachronisms in the 21st century. There is no longer a Cold War. The primary foreign policy objectives now are economic development, commerce, and trade. Why did Bush select persons who are veterans of the Vietnam and Cold Wars? Is he looking forward or backward? 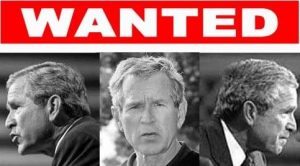 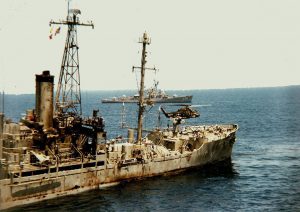 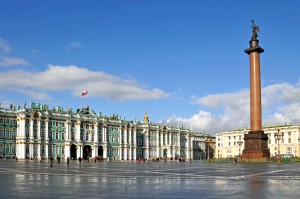 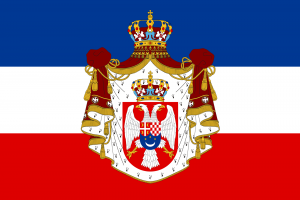 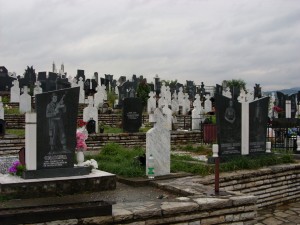