Backdrop To The Balkans

The tiny South-Central Balkan country of the Republic of Macedonia is in dire straits right now, but most of Europe – let alone the rest of the world – has no idea that this is the case because the Mainstream Media narrative is that the state’s two-year-long political crisis was “resolved” when the patriotic VMRO-DPMNE government of Nikola Gruevski was replaced in a “constitutional/electoral coup” that followed Color Revolution and even Hybrid War provocations. The author wrote about this in a Sputnik piece at the time from May 2017 titled “The Macedonian Crisis Isn’t Over, and a Bigger Balkan One is Just Beginning”, and the reader should review that article and also skim through his Oriental Review & Sputnik archives on the topic if they’re not already familiar with the contextual backdrop of what happened and why.

In a nutshell, the Republic of Macedonia was targeted for Hybrid War destabilization in order to offset Russia and China’s Balkan megaprojects of the Balkan Stream gas pipeline and Balkan Silk Road, respectively, that are expected to transit through the country, though with the former possibly being redirected to Bulgaria instead. In any case, a trumped-up “surveillance” scandal was used as the Color Revolution “trigger event” for attempting to coerce a Regime Tweak (political concessions), the failure of which forced the external conspirators and their internal Soros-backed SDSM “opposition” collaborators to move towards the next step of Regime Change, though eventually the decision was made for a Regime Reboot (constitutional change) to fundamentally cripple the country and forever prevent its key integration in the emerging Multipolar World Order.

The point of this piece isn’t to chronicle all of the author’s previous analyses on the topic, nor to reiterate his explanation about what’s previously been happening and why, but to engage in forward-focused reporting and scenario forecasting in raising awareness about the fraught future that awaits the Republic of Macedonia.

The newly installed pro-Western coup “government” of Zoran Zaev and his Soros-backed SDSM cohorts has swiftly moved to cut a serious of external and internal deals that are bound to endanger the country’s existence by next year. For starters, despite denying it all throughout the 2016 campaign, his party is now aggressively trying to push through “bilingualism” in setting the institutional precedent for what logically seems to be the country’s inevitable forthcoming “federalization” (internal partition). Concurrently with this, he also signed a “treaty” with neighboring Bulgaria that essentially makes Macedonia a junior-rank partner susceptible to being swallowed up by its civilizationally similar brethren to the east in the event of a serious domestic crisis, such as the one that could be sparked on command by the country’s “federalization” and de-facto partial absorption into the revived Nazi-era geopolitical project of “Greater Albania”.

The formal international partition of the Republic of Macedonia between Albania and Bulgaria is what the author predicted back in May 2015 and which was even indirectly responded to by Russian Foreign Minister Sergei Lavrov at the time during the height of the country’s Color Revolution crisis, but this process has since taken on an unofficial form as well if Macedonia is “federalized” into an Albanian western half simultaneously with its eastern one being socio-economically subsumed by Bulgaria, with this latter scenario being facilitated by the Albanian “bilingualism” push and recent “treaty” with Bulgaria. Some Macedonians have keenly picked up on this plot, but that’s why the ruling authorities have sought to imprison patriotic citizens and political figures in order to intimidate the rest of the population into passively allowing this anti-constitutional and even treasonous process of state dismantlement to continue. 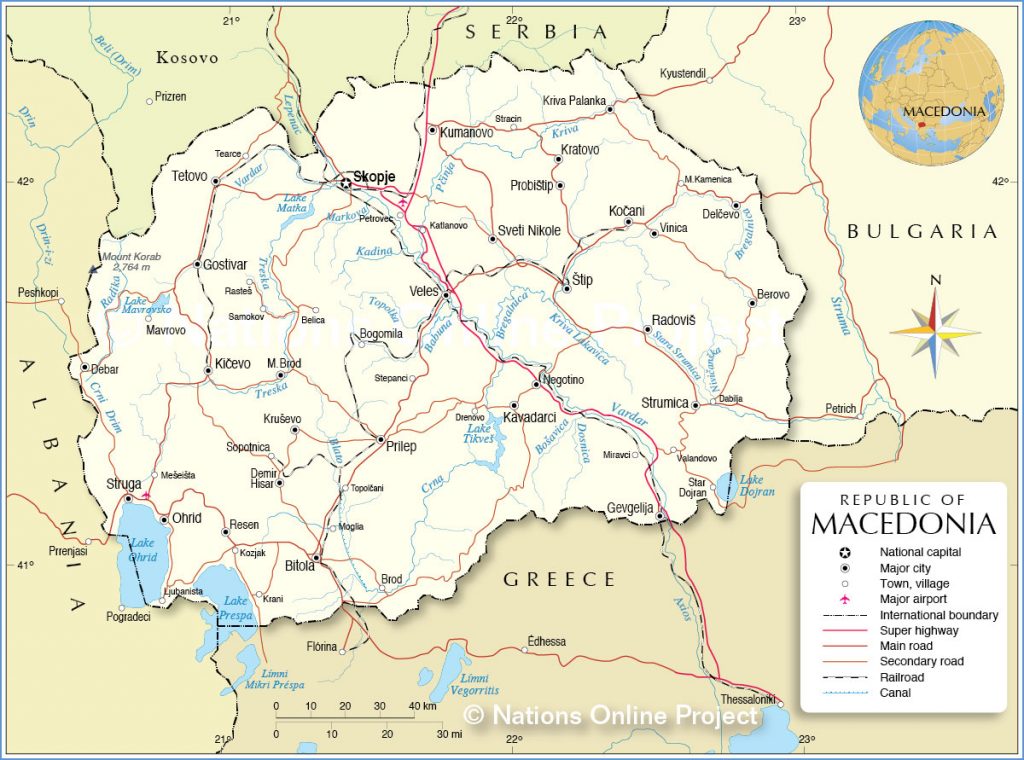 Zaev’s “Dictatorship Of The Proletariat”

At the same time as SDSM is locking up its political opponents, it’s also trying to pass through a controversial “amnesty” proposal for freeing convicted criminals, which might even apply to Daesh terrorists who are returning to the country. Despite the “government’s” heavy American-ordered pressure on civil society, the Republika online information outlet was brave enough to write about this appalling dichotomy in pointing out how imprisoned terrorists and free patriots are poised to switch places if Zaev gets what he wants. This