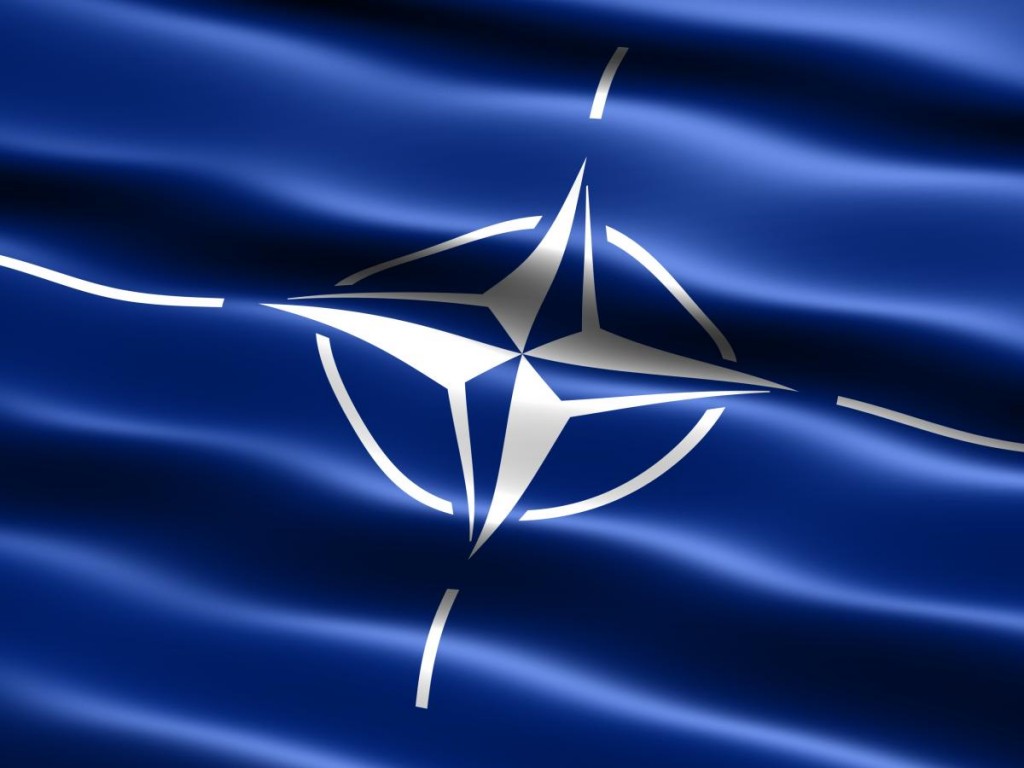 Against the backdrop of US aggression against North Korea, NATO is intensifying its preparations for war with Russia, the world’s second largest nuclear power. A report in the German news magazine Der Spiegel (Issue 43/2017) based on a secret NATO document indicates how far plans for war have progressed. The news magazine concludes:

“In plain language: NATO is preparing for a possible war with Russia.”

In the document entitled “Progress report on the Alliance’s Enhanced Deterrence and Defence Disposition,” leading military figures call for a major boost to military capabilities in order to conduct a so-called “Major Joint Operation Plus.” The abstruse terminology in fact stands for a war involving the main military organisations of all NATO countries, i.e. hundreds of thousands of soldiers. Der Spiegel notes:

“The period of the peace dividend is past, the command structures of the Cold War are returning.”

The secret report states that NATO must be able to “quickly strengthen one or more threatened allies, underpin peace and wartime deterrence, and support allies in the event of an attack.” The mobilisation of the necessary troops requires “robust military logistics and capabilities”. The lines of communication would have to extend from North America to the eastern and southern borders of the NATO Alliance.

The report notes that in particular, when relocating large-scale military units to Eastern Europe, NATO is insufficiently prepared, due to the reduction and increased demands of flexibility of the armed forces for foreign missions. In the field of logistics,

“the risks involved in rapid reinforcement is considerable. The alliance lacks low loaders for tanks and rail cars to move heavy equipment to the front. The infrastructure is not designed for the heavy battle tank of the German Army the Leopard 2.”

The core of the NATO paper is the demand for two new battlegroups comprising 2,000 troops. 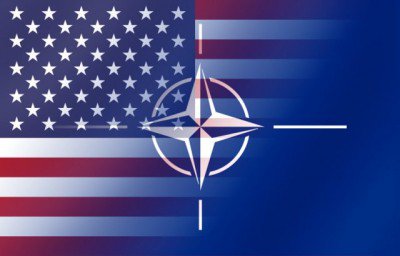 The first of these units is based on the example of the Cold War Supreme Allied Command, which was to ensure the transfer of troops and supplies across the Atlantic for war in Europe. “According to high-ranking NATO military officers the sea route could prove to be an Achilles heel for replenishment in cases of emergency,” Spiegel writes. “In the secret meetings of the central command, analysts warned that Russia is able to manoeuvre its submarines in the Atlantic Ocean largely unobserved.” Based on the current command structure, NATO convoys in the Atlantic are defenceless.

The establishment of such a command unit would involve a massive militarisation of the North Atlantic. This is illustrated by a look at its historical precedent.

Up to its dissolution in 2003, the “Striking Fleet Atlantic” constituted the core of the Supreme Allied Command Atlantic. This included up to four aircraft carrier battle groups, two anti-submarine commandos, an amphibious unit for landing operations and 22,000 sailors. The purpose of this major federation was to maintain the supremacy of the seas between North America and Europe.

A second command unit known as “Rear Area Operation Command” is planned to organise the distribution of war supplies across Europe. According to Der Spiegel, its main task would be

“to plan and secure logistics between Central Europe and the eastern member states….In reality the unit represents “the renaissance of the mobilisation concept of the Cold War”.

In plain language: the remit of the new battlegroup is to organise the deployment of large-scale contingents of troops at the Russian border and prepare an attack on Russia. Preparations are already in full swing and Berlin—the location of the command in Germany—is playing a key role. According to Der Spiegel talks between high-ranking US military officers and German officers had already taken place at the beginning of October, shortly after the federal election.

The first telephone conversation between German Defence Minister Ursula von der Leyen (CDU) and her American counterpart James “Mad Dog” Mattis also centred on setting up the new command unit. This means that Germany, which has been engaged in a massive military build up for the past three years now and is seeking to increase its military presence in NATO, will become even more centrally involved in NATO’s preparations for war with Russia.

“Domestically, the project would probably be unproblematic even in a possible Jamaica coalition with the Greens, because Germany would not provide combat troops, but only staff soldiers”.

This is confirmed by the aggressive rhetoric used by the Greens against Russia and the conduct of the exploratory talks for a Jamaica coalition, which has made clear there are only tactical differences between the various parties.

A decision on the establishment of new command structures is expected at the meeting of NATO defence ministers on 8 and 9 November in Brussels—despite increasing tensions within the NATO alliance.

The NATO secret report and the report in Der Spiegel both justify the preparations for a war, which would threaten millions of lives, as a response to the “Russian annexation” of Crimea. This turns reality on its head. There is nothing progressive about the Putin regime, and its own military policy increases the danger of war. But the real aggressors in Eastern Europe are the US and western powers. The United States has been systematically encircling and attempting to subjugate Russia since the dissolution of the Soviet Union 25 years ago, and in February 2014, both Washington and the German government supported a right-wing coup against the pro-Russian Yanukovych government in Ukraine.

The depiction of Russia as an aggressive superpower waiting for the chance to take over all of Eastern Europe, has been used by the imperialist powers to justify the deployment of NATO troops at the Russian border. In 2014/15, NATO increased its “Rapid Reaction Force” to 40,000 soldiers. Its so-called “spearhead” comprises four “multinational battlegroups” with 1,000 soldiers stationed in each of the three Baltic States and Poland, led by Great Britain, Canada, Germany and the US.

The secret report now calls for a further increase in size of these battlegroups. There is “insufficient assurance that the NATO Response Force will be able to react quickly and sustainably when necessary.” Der Spiegel makes clear that what is contemplated is not merely a reaction to Russian aggression but rather active preparations for war with Moscow. The magazine concludes:

“hardly anyone expects that Russia could actually attack a NATO country.” 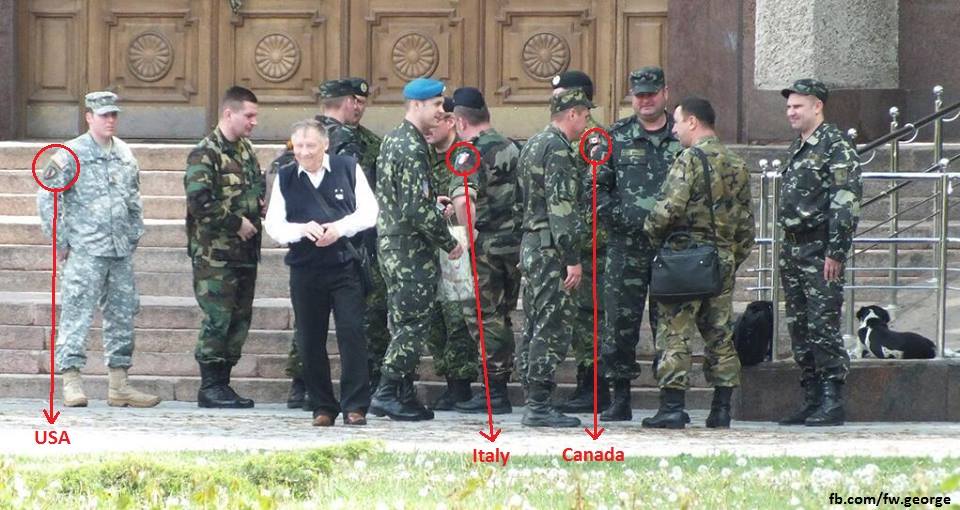 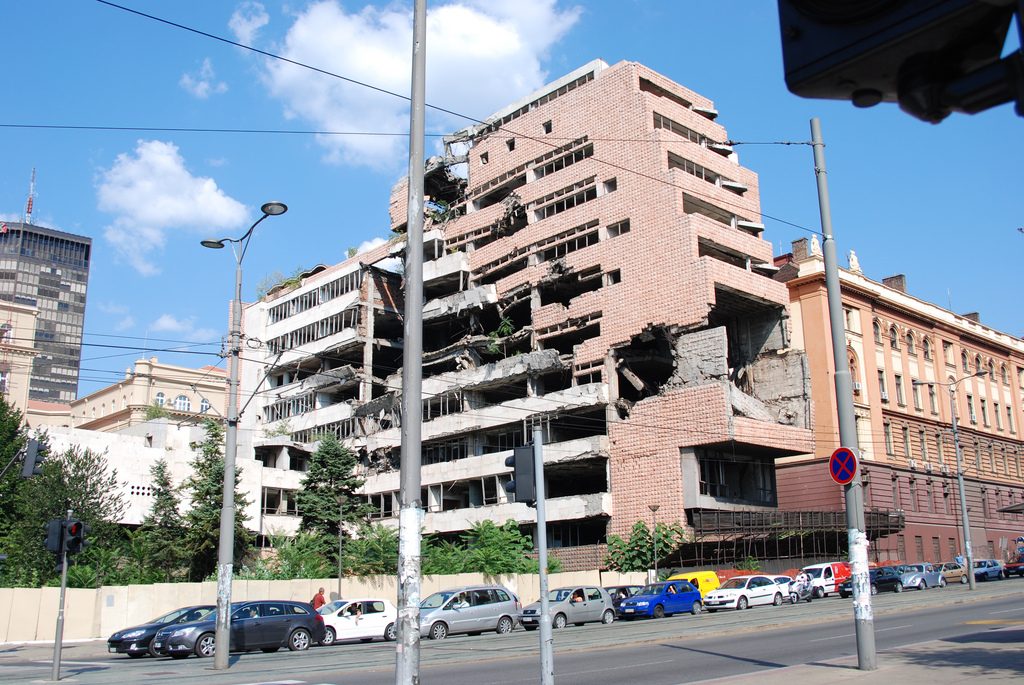 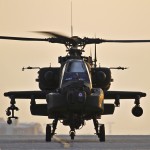 NATO – 70th Anniversary of the Most Murderous – and Legal – Organization on our Planet
On 4th of April 2019 NATO (North Atlantic Treaty Organization) “celebrated” the 70th Anniversary of its murderous existence. This horror organization was born sort of as a “Rosemary’s Baby”, signed into life in Washington DC, as the North Atlantic Treaty. Its creation was absolutely unethical but also absolutely “legal” – meaning what we, the west, have made the law, a man-made law for war, was applied by the Washington-Pentagon driven NATO. Estimates have it, that NATO and its ‘allies’, cronies, proxies and mercenaries killed more than 20 million people since NATO’s existence, basically since the end of WWII. Compare this with ...
READ MORE 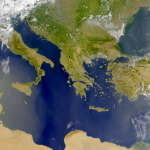 South-East Europe in the International Relations at the Turn of the 20th Century (I)
Preface At the beginning of the 20th century the Great European Powers,[i] divided into two totally antagonistic political-military alliances, were preparing themselves fo