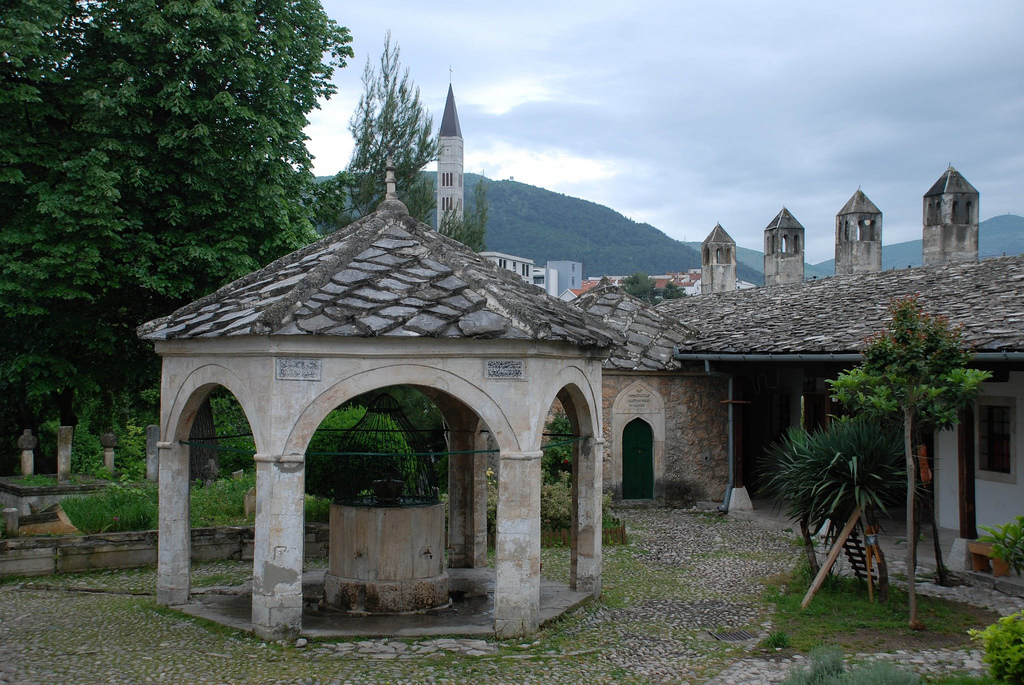 As Turkey’s President Erdogan runs out of money, he is now, more than any time before, using religion to exploit the Balkans, especially the states that are more susceptible to Islamic influence. Bosnia is at the fore of Erdogan’s ambitious Islamic agenda, where he is sparing no political capital or financial resources, even under his current economic hardship, to assert his influence and distance the country away from the EU’s reach. Obviously, the Bosnians cannot survive simply on being devout Muslims, with the youth unemployment rate at almost 60 percent. Turkey is unlikely to economically recover anytime soon, and Erdogan’s promises to provide financial aid and investments will ring hollow in the face of his deepening financial crisis.

The war of words, hyperinflation, US sanctions, and reckless investments on borrowed money have steadily been chipping away at the value of the Turkish Lira. Five years ago, $1 was worth 2 lira; today, six liras are exchanged for a dollar, but that has not discouraged Bosnian leaders from seeking closer association with Erdogan.

Bakir Izetbegovic, the Bosnian Muslim leader and the chairman of Bosnia’s tripartite presidency, said last May (in front of thousands of Turkish expatriates and Bosnian supporters of Erdogan who travelled from all over Europe to Sarajevo) that

“God has sent [our] nations one person to return them to their religion… He is Recep Tayyip Erdogan. We remain standing with God’s help.”

The crowd cheered when a leader of diaspora Turks equated and idealized Sarajevo as “the Jerusalem at the heart of Europe”. 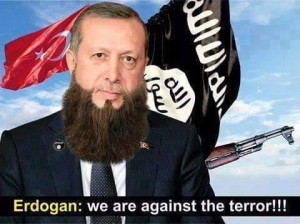 Bosnia was more than willing to open the door for the Turkish president to organize an election rally in Sarajevo, especially following the EU’s refusal to allow him to campaign in its member states. For Erdogan, the Balkans is the region that can put him in a position to realize his political goal of reviving some semblance of the Ottoman Empire while undermining the EU’s influence in these countries.

Bosnia consists of two entities: The Federation of Bosnia and Herzegovina, whose population is made up of Muslim Bosnians and Catholic Croats; and Republika Srpska, where Orthodox Serbs are a majority. About half of Bosnia’s 3.8 million citizens are Muslims, many of whom consider Erdogan their trusted leader, if not their savior.

For more than a decade, Erdogan has invested heavily in spreading his influence among Balkan states, and Bosnia was and still is one of his main targets. He pledged a multi-billion dollar investment in a key motorway connecting Serbia and Bosnia. Turkey and Bosnia signed a letter of intent for the construction of a highway connecting the two Balkan capitals, a project estimated to cost $3.5 billion, which has not yet started because of lack of financial resources.

Meanwhile, the Turkish International Cooperation and Development Agency (TIKA)—a vehicle through which Turkey spreads its Islamic agenda in the Balkans—has completed more than 800 small projects in Bosnia, mostly related to religious institutions.

European leaders have already been voicing concerns over Turkey’s influence in the Balkans. Only a few months ago, French President Emmanuel Macron declared

“I don’t want a Balkans that turns toward Turkey or Russia”.

During his May speech in Sarajevo, Erdogan urged supporters to actively participate in European politics to counter anti-Turkish sentiment.

“You need to be in those parliaments instead of the ones who betray our country,” he said, referring to European lawmakers with Turkish roots.

In a conversation with us, Orhan Hadzagic, a political analyst from Bosnia, said that Erdogan is adulated by Bosnians as more than just a foreign leader. He rhetorically asks,

“From Erdogan’s last visit to Bosnia, what was the benefit for Bosnian citizens from that rally, an event featuring the heads of two parties who support one other?”

Hadzagic is convinced that his country is risking its accession to the EU by opening its doors to Erdogan, from where he is challenging Brussels directly.

“Many NGOs”, he said, “are close to Turkey; they receive financial support to change the negative image and the perception about the rising authoritarian rule in Turkey, among Bosnians.”

Although a large majority of Bosnians do not see any alternative to the European Union, they are passionate in their support of Erdogan. In a poll conducted by the International Republican Institute and released in March of this year, 76 percent of Bosnians said they had positive views about Turkey’s role in their country.

For Erdogan, Bosnia occupies a special place and he will endeavor to maintain his image both as a religious leader and economic savior. That said,

“Erdogan’s list of priorities is growing, so Bosnia is inevitably descending on that list,” said Hadzagic, “which will reduce [Erdogan’s influence on] the state, NGO, and media organizations here in Bosnia. Consequently, it will lead to the reduction of Ankara’s influence.”

As such, Erdogan is increasing his focus on the local media outlets and non-governmental institutions in Bosnia by providing them with some financial aid to support his political agenda. But even that is becoming financially burdensome, making it more difficult to continue with his media campaign.

Sead Numanovic, a well-known journalist from Bosnia, told us that

“The EU and US are still (and I fear they will continue to be) very passive in the Balkans, this environment gives an additional space for Erdogan to work easily on his anti-Western agenda.”

This explains why Erdogan’s AK Party has recently opened an office in Sarajevo, its first official branch in the Balkans.

A spokesperson from the Turkish Embassy in Sarajevo told Foreign Policy that Turkey firmly supports the NATO and EU membership process of Bosnia and Herzegovina—“Turkey is not [in Bosnia] to seek influence, but to encourage political stability for the sake of the entire region.” There is nothing further from the truth.

Xhemal Ahmeti, a historian and expert on Southeast European issues, said that Bosnia’s Muslims currently are most loyal to the Turkish autocrat.

“Bosnian Muslims have lost their hopes that their Trinitarian state will become an EU member. That’s why they rely on Turkey to survive, given that they are sandwiched between Catholics, conservative Croats, and Orthodox jurisdictions”, said Ahmeti. “Paradoxically, though, while the Bosnians Muslims seek Erdogan’s protection from the Orthodox (Serbs and Russians), Erdogan’s close allies are Putin and [Serbia’s Prime Minister] Vucic.”

Bosnian leaders and citizens must realize that Erdogan is moving ever closer to Russia and Iran. The EU has already made it clear that since full adherence to its charter, especially regarding human rights, freedom, and democracy, are prerequisites to EU membership, Bosnia must not cozy up to Erdogan because he has flagrantly abandoned the EU’s founding principles, and the development of a full-fledged democracy in Bosnia does not serve his interest.

It is now up to the Bosnian leaders to determine their own destiny, which must inexorably be linked to full membership with the EU if they want to grow and prosper while embracing full democracy.

This does not suggest that they should sever relations with Turkey as a regional power, with which they will need to intensify the development of a mutually gainful relationship once Erdogan departs the political scene.

In the interim, they must be cautious in their dealings with Erdogan, who manipulates them by using Islam to pursue his sinister political agenda. 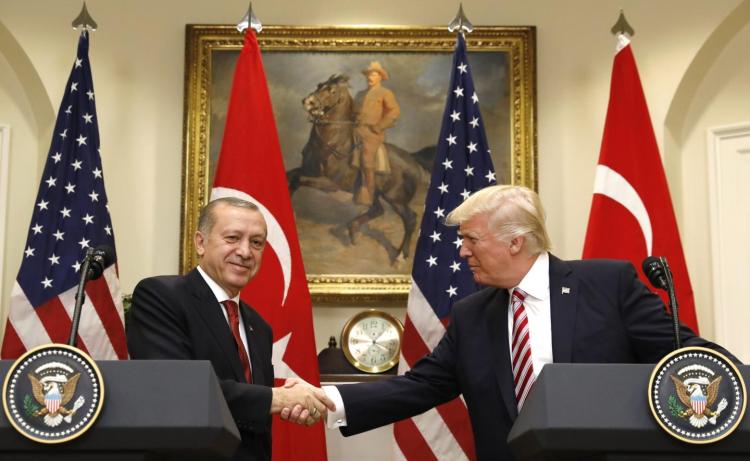 About the author: Dr. Alon Ben-Meir is a professor of international relations at the Center for Global Affairs at NYU. He teaches courses on international negotiation and Middle Eastern studies. He is a frequent contributor to Global Research.