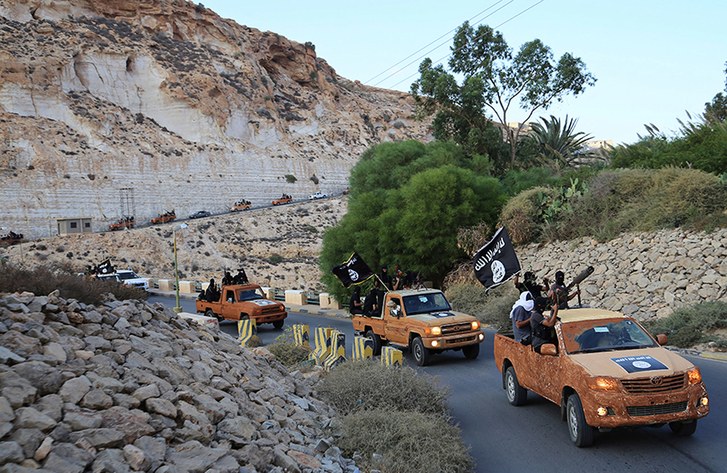 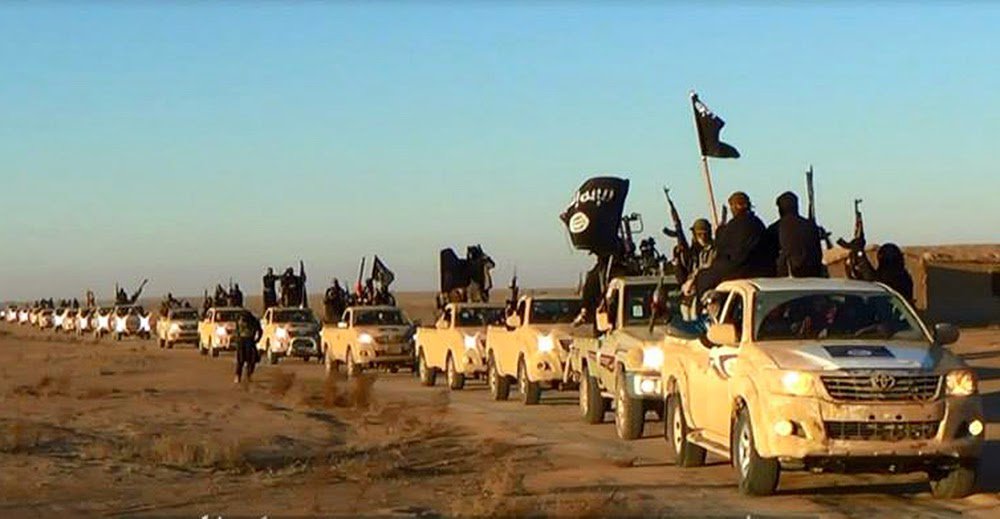 The Islamic State is not only protected by the US and its allies, it is trained and financed by US-NATO, with the support of Israel and Washington’s Persian Gulf allies.

Al Qaeda Affiliated Entities are “Intelligence Assets. Instruments of US Intelligence. The Global War on Terrorism is a fabrication used to justify a war of conquest. The Jihadist terrorists are “Made in America”. They are instruments of US intelligence, yet they are presented to public opinion as “enemies of America”.

The Obama administration has embarked upon the ultimate war crime, a Worldwide military adventure, “a long war”, which threatens the future of humanity.

The Pentagon’s global military design is one of world conquest.

This military deployment of US-NATO forces is occurring in several regions of the world simultaneously, resulting in millions of civilian deaths and countless atrocities. More recently, U.S. and NATO ground forces have been deployed in Eastern Europe including Ukraine on Russia’s immediate doorstep.

In turn, Israel in liaison with the US, is threatening Iran with nuclear weapons. And the U.S. and its allies are threatening China and North Korea under President Obama’s “Pivot to Asia”.

Under a global military agenda, the actions undertaken by the Western military alliance (U.S.-NATO-Israel) in Afghanistan, Pakistan, Palestine, Ukraine, Syria and Iraq are coordinated at the highest levels of the military hierarchy.

In turn, military undertakings are closely coordinated with a process of economic warfare which consists not only in imposing sanctions on sovereign countries but also in deliberate acts of destabilization of financial and currencies markets, with a view to undermining the enemies’ national economies.

The Criminalization of War

What is at stake is a global criminal undertaking in defiance of international law. In the words of the late William Rockler:

The United States has discarded pretensions to international legality and decency, and embarked on a course of raw imperialism run amok.” (William Rockler, Nuremberg Tribunal prosecutor).

We will recall that the architect of Nuremberg, Supreme Court Justice and Nuremberg Prosecutor Robert Jackson said with some hesitation:

Does this historical statement apply to President Barack Obama and his European political cohorts?
In defiance of Nuremberg, the Obama administration has invoked the conduct of “humanitarian wars” and counter-terrorism operations, with a view to installing “democracy”in  targeted countries.

America and the Western World are allegedly threatened by the Islamic State  bogeyman. And the International community is called upon take a stance.

War becomes peace. Realities are turned upside down. By actively co-opting the United Nations, the US administration has also invoked “self defence” as a justification to wage war against this illusive “outside enemy” of the Western World.

These lies and fabrications are part of of war propaganda. Under no circumstances can Obama’s war be upheld as a “solution”, as a means to implementing peace. War is the ultimate crime, “The Crime against Peace” as defined under Nuremberg.

The US-NATO led war applied Worlwide is a criminal undertaking under the disguise of counter-terrorism. It violates the Nuremberg Charter, the US constitution and the UN charter. According to former chief Nuremberg prosector Benjamin Ferencz, in relation to the 2003 invasion of Iraq:

“a prima facie case can be made that the United States is guilty of the supreme crime against humanity — that being an illegal war of aggression against a sovereign nation.”

Ferenz was referring to “Crimes against Peace and War” (Nuremberg Principle VI): which states the following:

“The crimes hereinafter set out are punishable as crimes under international law:

(a) Crimes against peace:

(i) Planning, preparation, initiation or waging of a war of aggression or a war in violation of international treaties, agreements or assurances;

(ii) Participation in a common plan or conspiracy for the accomplishment of any of the acts mentioned under (i).

Violations of the laws or customs of war which include, but are not limited to, murder, ill-treatment or deportation to slave labor or for any other purpose of civilian population of or in occupied territory; murder or ill-treatment of prisoners of war or persons on the Seas, killing of hostages, plunder of public or private property, wanton destruction of cities, towns, or villages, or devastation not justified by military necessity.

Murder, extermination, enslavement, deportation and other inhumane acts done against any civilian population, or persecutions on political, racial, or religious grounds, when such acts are done or such persecutions are carried on in execution of or in connection with any crime against peace or any war crime.”

“(i) Planning, preparation, initiation or waging of a war of aggression or a war in violation of international treaties, agreements or assurances;

(ii) Participation in a common plan or conspiracy for the accomplishment of any of the acts mentioned under (i).”

It should be noted that Nuremberg Principle III relates directly to president Obama and the heads of State and heads of government of the US-NATO led coalition:

Moreover, the evidence amply confirms that the United States of America is a “State Sponsor of Terrorism” and that the campaign against the Islamic State is a smokescreen used by the US and its allies to justify in the eyes of public opinion its global war of conquest.

Under Nuremberg the “Global War on Terrorism” is a criminal undertaking.

Following in the footsteps of Nuremberg, the objective of the December 2005 Kuala Lumpur initiative led by Tun Mahathir Mohamad was to criminalize war and eventually abolish war.

Let us recall the fundamental principles contained in the Kuala Lumpur Initiative to Criminalize War under the helm of Tun Dr. Mahathir Mohamad, the fourth and longest serving prime minister of Malaysia.

“Killings in war are as criminal as the killings within societies in times of peace.

This should be so irrespective of whether these killings in war are authorized or permitted by domestic law.” (See full text of the Kuala Lumpur Initiative below).

Since the adoption of the KL Initiative to Criminalize war in December 2005, the Kuala Lumpur War Crimes Tribunal (KLWCT) has passed two important  judgements:

More than ever the Kuala Lumpur Initiative launched almost ten years ago in December 2005 by Tun Dr. Mahathir Mohamad should be widely understood and applied.

What is at stake is the universal recognition of the value of human life, solidarity and understanding between nationalities, ethnic groups and religions, as well as respect for national sovereignty. These are preconditions for World peace. As outline in the Kuala Lumpur declaration: “peace is the essential condition for the survival and well-being of the human race”.

In contrast tothese broad principles which define human values, the US military and financial establishment and its allies are intent upon destroying and destabilizing sovereign countries as part of an imperial agenda, through acts of war and economic plunder, the end result of which is the transformation of sovereign nations into open economic territories, under the jurisdiction of US approved proxy regimes.

To no avail, since 2008, President Obama has followed in the footsteps of George W. Bush. Together with America’s NATO allies, his administration