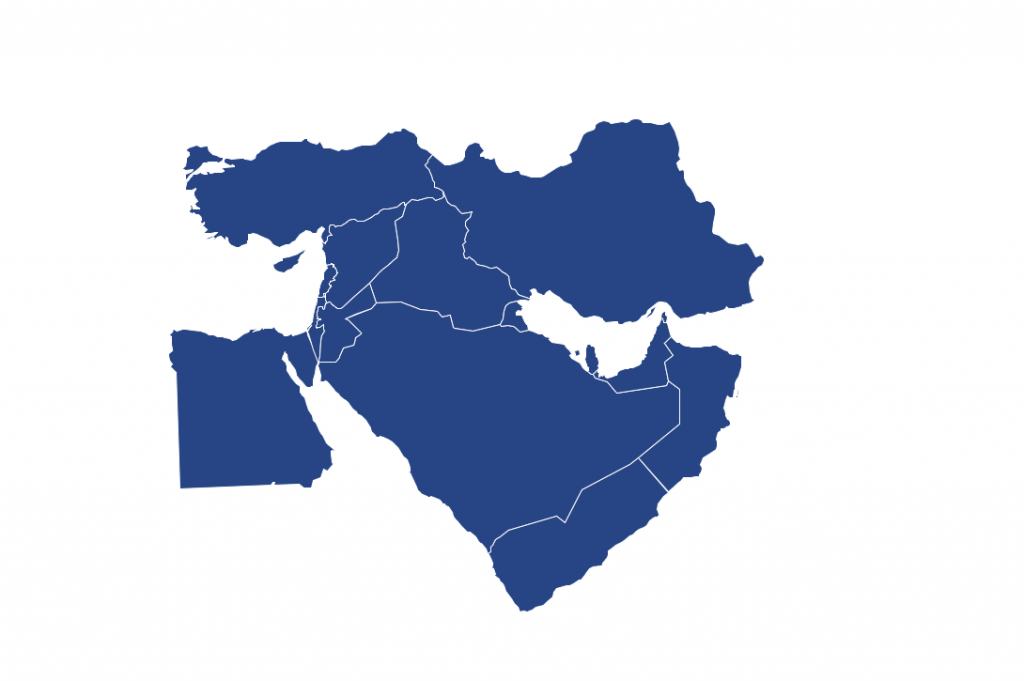 Andrew Bacevich has written a series of books on the topic of U.S. imperialism and U.S. military power.   His latest work, America’s War for the Greater Middle East [the GME War] is the latest in this series and as with the previous works is clearly written and logically presented.  It covers more narrowly than the previous works the military aspects of U.S. military endeavours in the Middle East (greater – as in including East Africa and Afghanistan et al).  Generally he succeeds well and this work is a good ‘primer’ for anyone interested in a quick historical overview of U.S. military actions in the region.

However it is not one of his better works, and perhaps that is because of the narrowness of focus and the resulting tie ins that could have been made and that without do not provide a perspective of this war amongst all the other wars instigated by the U.S.  I had to keep reminding myself that this is a “military” history, focused on the Middle East, which kept reminding myself about the missing links.

In general, his overall thesis is well presented. His relating of the sequence of events is strong and the critical analysis is good, until he arrives at the most recent events.

He starts off saying the GME War “was a war to preserve the American way of life, rooted in a specific understanding of freedom and requiring an abundance of cheap energy” noting also that “oil as a prerequisite for freedom,” a rather telling prerequisite.   Describing his own youthful times he recognizes “The American way of life may have been shallow and materialistic, its foundation a bland conformity.”  Yes it had “pleasures and satisfactions” which “tended to be transitory” but disguised as to “how precarious such expectations might be.” 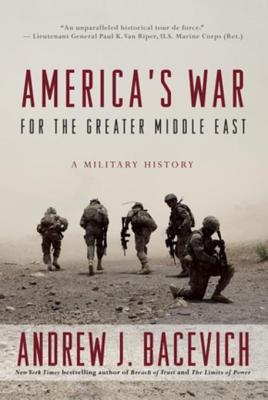 An interesting start to a military history.  In the prologue he dates the start of the GME War with Operation Eagle Claw from April 24-25, 1980.  In the opening chapter he pushes it back to the 1973 oil embargo as a consequence of the Yom Kippur War in Israel.  One of the political philosophies of the time recognized that

“Middle East oil properly belonged to those who had discovered, developed, and actually needed it.  By all rights, therefore it was “ours”, a perspective that resonated with many ordinary Americans.  All that was required to affirm those rights was the vigorous use of U.S. military power.”

Having started that way philosophically creates in my mind the longer view back as far as World War I and its outcomes concerning the fallen Ottoman empire.  This saw the Sykes-Picot agreement dividing the spoils of empire and the Balfour letter envisioning the creation of a Jewish state.  The former entangled religions, tribes, and ethnic groups;  the latter, in part and in particular to this history, Israel was viewed as an ‘outpost’ of western/European control of the region – for transportations via the Suez canal, but more importantly for the newly discovered oil resources.

However, from where it does start the work progresses quickly and probably for many, very thought provokingly through the Nixon/Carter years and on through the various military enterprises of the GME War.

The Carter years involved the apparent involvement with the Iranian revolution; fortunately Bacevich recognizes that the real involvement began with the 1953 CIA/MI6 overthrow of the democratic Mossadegh Iranian government.  The book continues through the years, including the shift from Carter’s “Unreasoned anticommunism had made Americans stupid and distorted U.S. policy; ” through the “end of history” according to Fukuyama “the end point of mankind’s ideological evolution and the universalization of Western liberal democracy as final form of human democracy;” and closing out with the current ‘long war’ or ‘global war on terror’, now just mostly generalized globally as anti-terrorism.

I read the book on Kindle using pink highlights for subject ‘titles’ and blue for the actual commentary pertaining to that person or idea.  Eventually I ended up using yellow to indicate passages where Bacevich’s analysis or perspective appeared to be much less clear.  Given how well the majority of his writing is well founded and documented it could be that the proximity in time to some of the more recent events has not allowed the filter of time to fulfill informational bias and/or create a fuller context for viewing these incidents.  These moments occurred only in the last two chapters, mainly the latter part of the Obama years, concerning:  Gaddafi in Libya, Assad in Syria, discussion of Obama’s policies, the renewed anti-Putin, anti-Russian scenarios, a supposed ambivalence towards al-Qaeda cured by 9-11 (yet part of the moderates in Syria?).

Most currently Bacevich describes ISIS in part as having “neither allies nor patrons” a rather disconcerting statement in consideration of recent documentation of support from Turkey (a NATO ally) and Saudi Arabia (an oil/US$ ally) and other non-democratic Middle East supporters.

One of my final highlights was, “The root of the problem was obvious:  “perhaps there is no strategy to contain the destabilization of the Middle East.”  I noted – and this is quite important in a larger context – perhaps that is the strategy – chaos.  Chaos serves Israel very well as they can then operate internally ‘under the radar’ while the world is entertained by U.S. double dealings and Russian military successes within the GME War.

For a book that begins with a biblical quote (Numbers 32: 13: “The Lord’s anger burned against Israel….”) there is very little said about Israel throughout.  Considering how important AIPAC is to the U.S. election/legislative procedures, and how militarized Israel is, this is a significant omission.

Another significant omission, and this is surprising considering how the first chapter started with a description of the importance of oil to the American way of life, is how since those same Nixon/Carter years the US$ has been the global fiat currency backed mainly by its use as the reserve currency for all global oil transactions – now a fading proposition, another reason to create chaos.   It is implied at the outset, but is never discussed as the GME War continues its depredations in the region and its blowback consequences within the United States (yes, I remind myself, this is a military history but ….).

Finally, but not over

Bacevich’s closing positions are clearly stated and supported by what he has presented beforehand.  He almost disqualifies himself with a ‘yellow‘ note stating the creations of “a permanent footing large-scale, heavily armed forces designed for global power projection” serves as “the principal functions of these forces was not to wage war but to avert it.”

This is not a minor misstatement as the history and writings of all those concerned within the neocon cabal and the PNAC group considered ‘full spectrum dominance’ to be their end goal, with the inclusion of first strike capabilities for the use of nuclear weapons.   Okay in a very sick sense they were trying to avert war by saying we will bludgeon and kill anyone who stands in our way of the “American way” of freedom.  I just don’t buy into its pacifist intentions.

However, the overall conclusion is perfectly valid,

Time and again, from the 1980s to the present, U.S. military power, unleashed rather than held in abeyance, has met outright failure, produced results other than those intended,  [note: see chaos, above] or proved to be largely irrelevant.  The Greater Middle East remains defiantly resistant to shaping.

When discussing why the U.S. cannot “get out” Bacevich identifies “several assumptions that promote in Washington a deeply pernicious collective naiveté.”  They could be summarized as ignorance (wilful or otherwise), hubris, arrogance, and stereotyped thought processes (i.e. a lack of the ability to critically analyse anything).

The concluding section continues along the parameters of the GME War’s permanence, which including the above, also includes the militarized meme of supporting the troops, the benefits that accrue to certain individuals, and most importantly to Bacevich is that “Americans themselves appear oblivious to what is occurring” without stating the obvious about the control of the media and the message by corporate-political America.

He concludes, finally and ultimately, that until Americans awaken to the reality that they need to reshape themselves first, “Then and only then will the war end.”

Or perhaps they will, one day, never wake up – period.