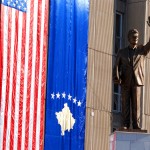 Donald Trump on Kosovo in 1999
When I saw the media in Serbia reporting about Donald Trump’s alleged condemnation of the 1999 NATO attack on then-Yugoslavia, also known as the Kosovo War, I shrugged it off as disinformation. Most of them, I’m sad to say, are almost entirely dedicated to gaslighting the general populace, and as likely to spread confusion and cognitive dissonance as actual news. It turns out that Donald Trump did talk to Larry King about Kosovo – but everyone is leaving out that this took place in October 1999. That is sort of important, though: by that point, the Serbian province had been “liberated” ...
READ MORE 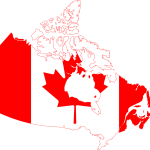 Why Canada Defends EuroUkrainian Fascism?
Canada has a reputation for being a relatively progressive state with universal, single-payer health care, various other social benefits, and strict gun laws, similar to many European countries but quite unlike the United States. It has managed to stay out of some American wars, for example, Vietnam and Iraq, portrayed itself as a neutral “peace keeper”, pursuing a so-called policy of “multilateralism” and attempting from time to time to keep a little independent distance from the United States.Behind this veneer of respectability lies a not so attractive reality of elite inattention to the defence of Canadian independence from the United ...
READ MORE 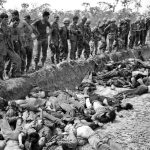 “The American War in Vietnam: Crime or Commemoration?” [Review of John Marciano’s Book]
In classical mythology, the Acheron is one of the rivers of the Underworld. It marks the boundary between the living and the dead. The ferryman Charon ferries the dead across the Acheron to a place where they lose memory. Nothing of what made them human remains—happiness, suffering, love, hatred, guilt, regret, redemption, betrayal, forgiveness. From Gilgamesh to Odysseus to Aeneas, the living heroes of the epic descend into the Underworld at a point of despair in the sense of their quest. Burdened by a fate that requires momentous courage and tragic self-sacrifice for the sake of their people’s survival, they resent ...
READ MORE
<div cla