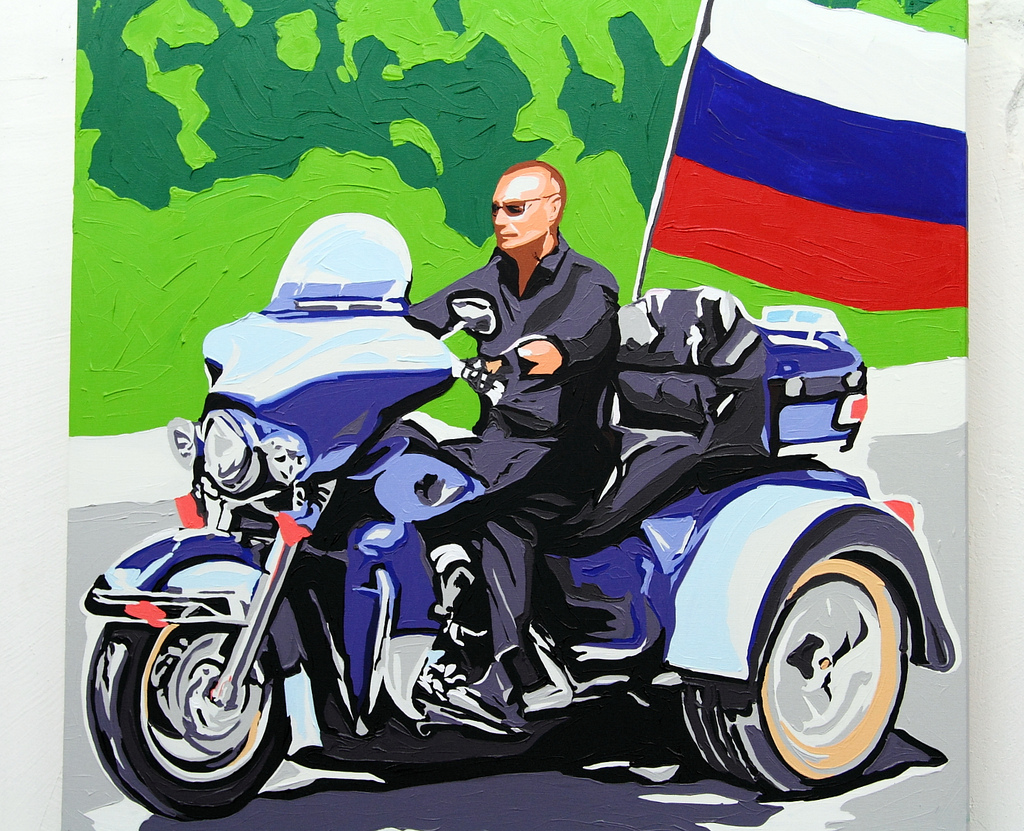 Vladimir Putin has harmed no American. Russia has not stood in the way of any American’s dream. As for the billionaires though, those American and British money bags, the Russians are posing an insurmountable hurdle for their investments. And we all know nothing can stand in the way of their progress. Unfortunately for the human race, mediocrity cannot rule either. Here is a prophesy as real as any newsreel you will view today, the “end all” conclusion for American “exceptionalism”.

Do you know where Crimea is? Seriously now, a gaff by presidential hopeful Gary Johnson the other day proved once and for all, not even educated Americans have a very big “mental map” of our world. I was a geography student first and teacher second, and I can tell you categorically that very few of America’s leaders know US history and geography, let alone world names and places. If Johnson had known where Aleppo, a city in northwest Syria was, I would have been amazed. 99% of Americans could not point to Syria on a map if their lives depended on it. Not even college students I once polled, would be able to reliably find Moscow, or even St. Louis in Missouri for that matter. Get this, if a geography bee were slated to solve world crises, the United States would end up a third world banana republic. Don’t take my word, read this study published by National Geographic, or this 2014 one from the US Government’s Accountability Office, or this Telegraph report that shows one quarter of Americans do not even know Earth revolves around the sun. Some of you will perceive my path to proving a “Putin point” later on. Others should take heed, the complacent billionaires need chastising:

“Men of age object too much, consult too long, adventure too little, repent too soon, and seldom drive business home to the full period, but content themselves with a mediocrity of success.”  Dale Carnegie

Now, on Crimea and Russian aggression is the American people are totally ignorant participants in a game of worldwide domination. Putin sending “little green men” into Crimea, his rescuing a Russian speaking population from certain denigration and torment by the Obama administration Nazi-Kiev junta, the situation did not, does not even register on my countrymen. What’s worse, even if Americans are informed and if they understand what removing language and ethnic cleansing signify, caring what happens overseas is just not something on US citizens’ “to do” list. We are “Ameri-centric” to the bone, trained, fed, and leashed to a way of thinking that is detrimental to the whole wide world. Even when Americans are “busted” being dumb on important matters, the insanity is hammered home by memes and Twitter trends making comedy of our pitiful society. Take the moment the 2007 Miss Teen USA Pageant contestant, Miss South Carolina Caitlin Upton stumbled and fell off her high heels blaming bad geography on the US having “no maps”. It was just funny, a joke, 300 million Americans guffawed over Ms. Upton’s ignorance…. But the joke was on us all.

Barack Obama is quoted as saying “I’ve now been in 57 states, I believe.” 57. Former Vice President Dick Cheney transplanted Venezuelan leader Hugo Chavez in Peru once. Ukraine civil war incendiary Senator John McCain went on national TV to proclaim Iraq borders Pakistan. Former President Gerald Ford lost an election when he proclaimed the USSR would never dominate Eastern Europe on his watch. Presidential candidate Mitt Romney figured Iran was Syria’s ally only so the former could get to the sea! (Neither nation is land locked) George Bush thought Africa was a country, Obama thinks the Atlantic Ocean is the Gulf of Mexico, and Vladimir Putin is about to invade??? Ignorance, no child left behind, Americans are truly the “sheeple”.

“There is always a heavy demand for fresh mediocrity. In every generation the least cultivated taste has the largest appetite.” Paul Gauguin

And America’s appetite can no longer be quenched, enter Hillary Clinton and Donald Trump. Bred mediocrity is notion first called to my attention by my brother Tony Joyce, a self made engineer who worked his way to the top hurdling every obstacle a human can. Bred mediocrity is the natural laziness of a successful society, intersecting with a resentence of intellect. It is also a topic experts like Dr. Joe A. Mann, and others have addressed. The most notable case I found being this Harvard Business Review report characterizes Americans as being overcome by Reality Deficit Disorder. Make no mistake, there are boat loads of proof America has become the land of the incurably stupid and hapless, but the stunning writings of author Umair Haque smack us in the face. “America excels at mediocrity”, this is the undeniable truth we must come to grips with. His reportage snaps the fingers of cool reality in our faces; “What exactly is America still best in the world at?” Don’t guess, don’t wish, take time to discover exactly what we excel at these days – then evaluate the value, consider the long term, understand the pitiful fate or our nation.

But I need to tell you why, rather than pound the rea