How many times have we seen this before?

The President of the United States is on TV telling us horror stories. Some innocent people in some corner of the world are being crushed, he tells us. They face some monstrously evil oppressor, he says. While the United States doesn’t like war, what choice is there? Sacrifices must be made, cruise missiles must be unleashed, to protect the poor and innocent. The world is the set of an action movie, and the US is the tragic hero, forced to rescue the innocent.

This is the script we heard in former Yugoslavia. Bill Clinton claimed to be stoping “mass rapes” and “concentration camps.” After the smoke had cleared, and thousands had been killed, the truth came out. The United Nations admitted that no “genocide” had taken place. The talk of mass rapes and concentration camps had been hype.

While the alleged crimes used to justify destroying Serbia had been exaggerated, the crimes of the US funded Kosovo Liberation Army were very real. The balkans have never recovered from the bombing and destruction and the funding of ethnic hate groups. The “rescue mission” resulted in deeper misery than ever before.

We heard this script in Libya. Obama told horror stories about Gaddafi. As US backed insurgents were defeated on the battlefield, the US and NATO unleashed a horrific bombing campaign. Now Libya, once the wealthiest country on the African continent, is in ruin. The country has been destroyed, and rival factions battle for power surrounded by poverty.

In Syria, propaganda about alleged crimes by President Bashar Assad have been used to justify western support for an ugly civil war. Syria had been one of the more prosperous and peaceful countries of the region, but the US and its allies continue to funnel money to armed terrorists. A war that would have ended in a few months has dragged on for four years, with nearly 150,000 dead, and millions forced to become refugees.

Lies about “humanitarian crises” are a common justification was destructive wars from the United States. The result of US military attack is usually the worsening of conditions for the people.

The Unpopularity of US Allies

Forces aligned with the US also tend to be quite unpopular.

In Serbia, a very small percentage of the population supported the Kosovo Liberation Army. This was a group of armed religious extremists. The brutal tactics of the organization made it highly unpopular, even with the ethnic-Albanians it claimed to be fighting on behalf of. Because the group had no chance of winning on the battlefield, it called for NATO bombs to destroy its enemy.

The same can be said for the terrorist insurgents in Libya. Numerous times they were defeated. Supporters of Gaddafi staged rallies with millions of people in attendance. The regular Libyan army was accompanied by popular community militias. Libyans from all across the country fought in support for their government, which had provided them with a very high standard of living. As the Libyan insurgents were defeated despite their stockpiles of US guns and money, the call for US and NATO support went up.

In Syria, the insurgents are similar in their character. They may have had a very small base of support among certain Sunni communities, but even this had completely eroded since the war began. The brutality and religious extremism of the terrorists does not help their popularity. The anti-Assad insurgency depends on money, guns, and fighters from other parts of the world because it has little support among the population. The Syrian government has arrested terrorists from as far off as Malaysia, shipped in to kill in Syria. Impoverished children from other parts of the world are being forcibly recruited and indoctrinated into to these armed groups that come to Syria and use their US supplied guns to slaughter civilians.

Now, in Ukraine, we once again see weak US aligned terrorists begging for US/NATO support, in hopes that they can defeat their own people.

The Only Hope for the Fascists

In the early months of 2014, the elected Ukrainian government was removed by a violent mob of fascists. The new regime, imposed by the west, and backed with millions of dollars from western banks and NGOs now faces an uprising of its people.

Even many of the most bigoted, Russian hating people in West Ukraine are unwilling to die for a regime that has cut the retirement pension by 50% and doubled the price of heating oil. The economic dominion of IMF and the European Union mean poverty for throughout Ukraine’s various regions and ethnic groups.

A number of Ukrainian soldiers have already laid down their guns, rather than kill women and children from their own country. What was presented as first an as “Anti-Terrorist” police operation, has stretched for months. Kiev has attempted to declare that those who have risen up against them are merely paid Russian agents, but it is now clear to all observers that they have they have a huge amount of support among the population.

Predictably, the Kiev Junta is doing what the Kosovo Liberation Army, the Libyan insurgents, and the terrorists in Syria have done. As they face defeat on the battlefield, and support for them even among their own base is crumbling, they turn to Washington to the fighting for them.

Kiev seems to have pinned its hope for US/NATO intervention on creating a mythology about a “Russian Invasion.” Kiev is doing its best to convince the world that Russia is marching into their country. They have falsified stories of Tanks crossing the border. They have tried to claim that the resistance fighters in Donbass are actually Russian special forces. They hope that they can create some kind of justification for further US/NATO intervention.

The only hope the Kiev Junta, with its Neo-Nazi thug militias, its banning of the Russian language, its destruction of WWII memorials, and vicious austerity measures has, is further US intervention. It cannot win a war against its own population.

About the author: Caleb Maupin is a political analyst and activist based in New York. He studied political science at Baldwin-Wallace College and was inspired and involved in the Occupy Wall Street movement, especially for the online magazine “New Eastern Outlook”. 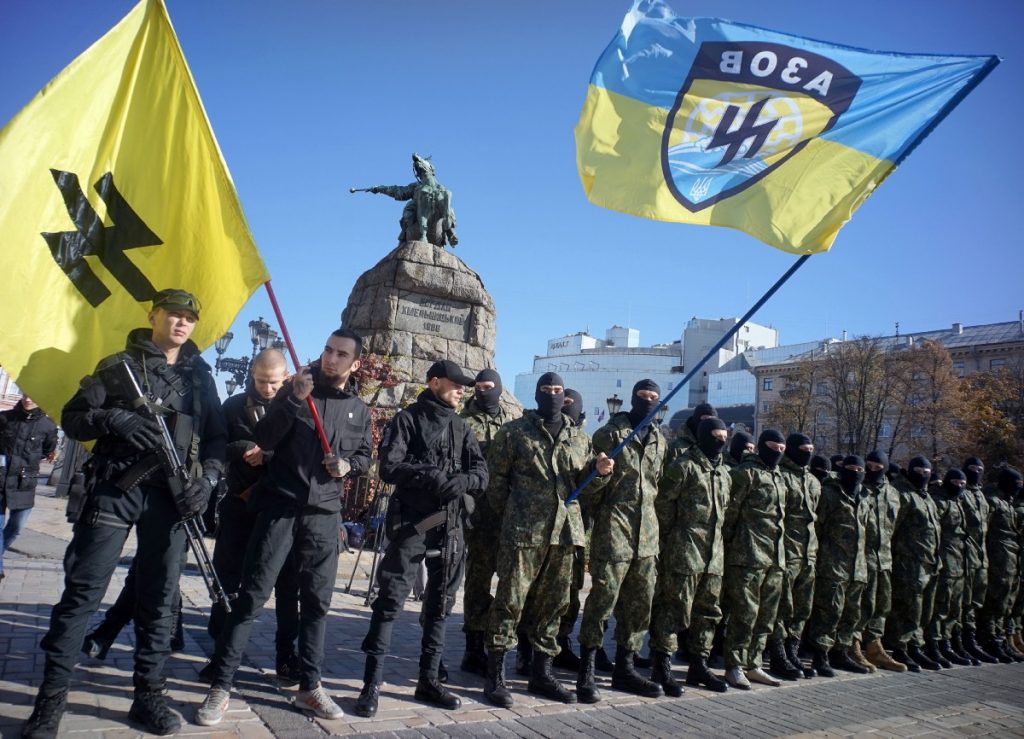 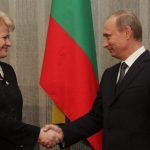 Cold War Then, Cold War Now
The anti-Russian/anti-Soviet bias in the American media appears to have no limit. You would think that they would have enough self-awareness and enough journalistic integrity -– just enough -– to be concerned about their image. But it keeps on coming, piled higher and deeper.One of the latest cases in point is a review of a new biography of Mikhail Gorbachev in the New York Times Book Review (September 10). The review says that Gorbachev “was no hero to his own people” because he was “the destroyer of their empire”. This is how the New York Times avoids having to say anything positive about life ...
READ MORE 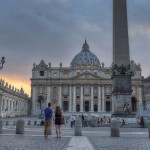 The Vatican Bank Clean Up is a Cover Up: Nazi Linked Assets Ignored
Washington: Cardinal George Pell, who is Vatican Prefect of the Secretariat for the Economy, told The Tablet, a Catholic newspaper on June 17, 2016, that:“The Vatican is committed to transparency, international cooperation, and the use of contemporary international standards in financial reporting.”Cardinal Pell further praised Jean Baptiste de Franssu, the director of the Vatican Bank as one who had done “an excellent clean out job.”Pell further stated: “Pope Francis continues to insist that the financial reforms must continue.”Nowhere in Pell’s message was there any mention of the Nazi linked Ustasha Treasury first identified by the US State department in 1998 ...
READ MORE 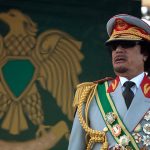 Trump is the New Gaddafi
I was trying to think a few hours ago – after his shameful, outrageous, insane breaking of a solemn international treaty – just who Donald Trump reminded me of. I used to think about the boastful, gung-ho racist Theodore Roosevelt, the ‘Rough Rider’ who enjoyed war (and threats). But Theodore Roosevelt actually did win the Nobel Peace Prize. And then I realised.The political leader who most resembles Trump is the late Colonel Gaddafi of Libya.The parallels are quite creepy. Gaddafi was crackers, he was a vain, capricious peacock of a man, he was obsessed with women, he even had a ghost writer invent a ‘Green Book’ ...
READ MORE 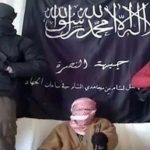 Is the U.S Fighting Terrorism or Manufacturing It?
President Obama’s final foreign policy speech at MacDill air force base in Tampa, betrayed its purpose through the venue.  The Tampa, Florida, base is home to Special Operations Command and Central Command — Special Operations playing an ever increasing role in counter terrorism. The gist of the speech seemed to assert that the US is and should stay true to its values when fighting terrorism.  An assertion when at the same time Congressman Ted Lieu, a California Democrat, has written a letter to Secretary John Kerry warning him the US could be charged with war crimes in aiding Saudi Arabia’s bombing ...
READ MORE 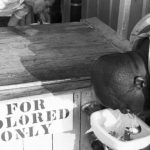